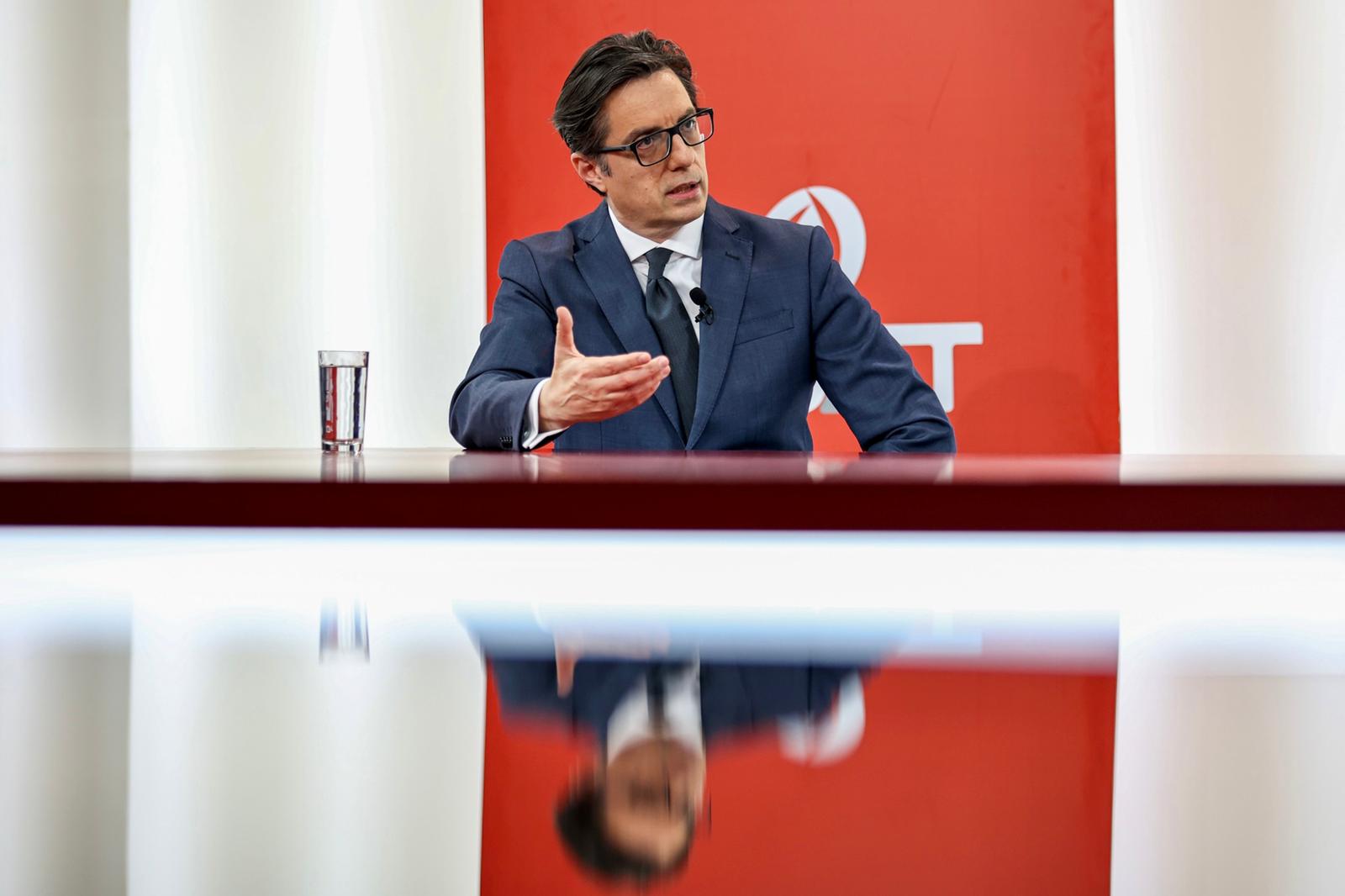 President Stevo Pendarovski, in an interview for the show “360 Stepeni” on Alsat-M Television, spoke on several topical issues, including the visit of the Portuguese Foreign Minister Silva and the EU Commissioner for Enlargement Varhelyi to Skopje and Sofia, the Macedonian-Bulgarian relations, the perspectives for unblocking the European integration of our country, as well as several internal political issues.