8 years since the death of President Gligorov marked 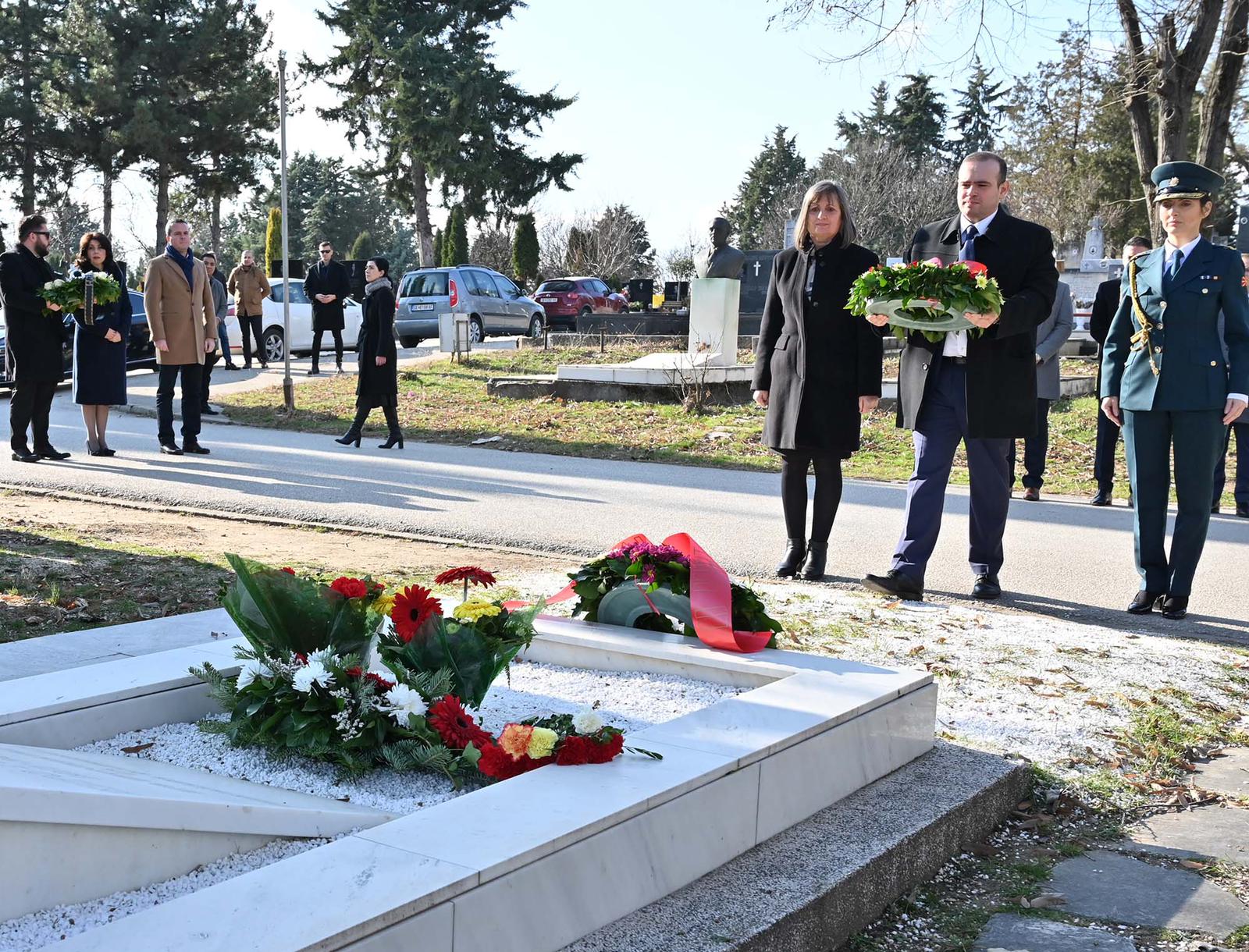 A delegation of the Cabinet of the President of the Republic of North Macedonia laid flowers today at the grave of the former President Kiro Gligorov in the alley of the greats at the Butel City Cemetery in Skopje.

The delegation that paid tribute to the former president was made up of Dr. Aleksandar Spasov, Advisor to the President, Colonel Biljana Blazeska, Adjutant to the President and State Councilor Suzana Kostadinova, who was also part of President Gligorov’s office.

Kiro Gligorov was the first President of the independent Republic of Macedonia. His leadership and political wisdom were of paramount importance for the peaceful independence of our country, as well as for its international recognition.