Address by President Pendarovski after the Security Council session 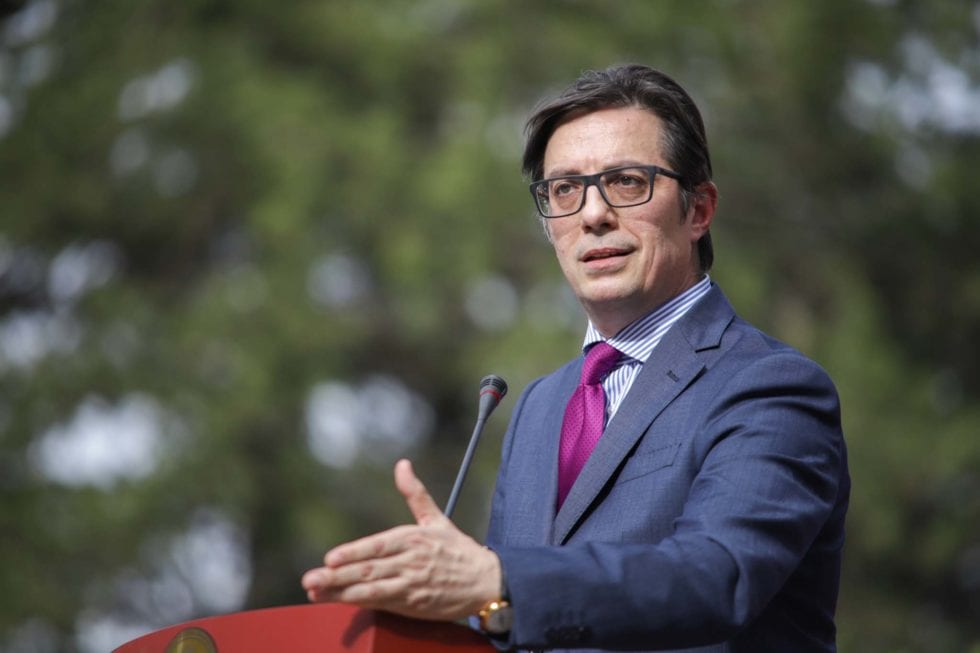 Today in the Cabinet of the President of the Republic of North Macedonia, the 6th session of the Security Council was held, dedicated to the state of emergency introduced for protection and dealing with the corona virus epidemic.

Below is the integral address of the President of the Republic of North Macedonia, Stevo Pendarovski.

Today we held the 6th session of the Security Council where we discussed the course of the state of emergency, declared due to the COVID-19 pandemic.

Present at the session were the President of the Assembly, Talat Xhaferi, the Prime Minister Oliver Spasovski, the Ministers of Interior and Foreign Affairs, Chulev and Dimitrov, and Professors Trajan Gocevski, Veton Ljatifi and Nenad Markovic. At my invitation, Dr. Zarko Karadzoski from the Commission for Infectious Diseases was also present.

The Security Council concluded that the competent institutions work in coordination, making use of all their capacities and resources in dealing with the pandemic. The situation has improved compared to the past period. It is obvious that the strategy for dealing with the corona crisis is yielding results, which indicates that, as a country, we are coping well with this huge challenge. The Commission, i.e. its President, also informed about the plan for relaxation of the measures by stages and dimensioning of the security protocols that have been developed so far and are still being worked on for some economic sectors.

At the session, we reviewed the report submitted by the Government for the implementation of the state of emergency due to the pandemic declared for the second time on April 17.

At the session, Prime Minister Spasovski referred to the past 30 days and explained the Government’s proposal to declare a state of emergency again for 30 days.

After extensive consultations, which I had in the past days and today with experts from various fields and with the advisors in the Cabinet, based primarily on what was said and proposed at the session, I decided to declare a new state of emergency lasting only 14 days instead of the required 30. Given the positive trends in calming the pandemic situation, I think 14 days is enough.

The reason for this decision is the need to implement economic and social measures to mitigate the consequences of the pandemic, which are already being felt as a result of the fact that a huge number of companies have not worked and still do not work. By the end of the month, I was informed that we are expected to conclude a credit agreement with the EBRD, the European Bank for Reconstruction and Development, of about 160m Euros. Of course, also a very important, probably the most important reason for this decision was that in such a way the Government is allowed to continue with the decrees with legal force to enable the entire health sector to deal more successfully with the pandemic. Here, briefly, you will allow me a small comment, that the Government can use the state of emergency to bribe voters. I want to tell you, at least in relation to this last fact that I stated that we are preparing as a country to conclude an agreement with the EBRD, that such things with the European Bank are not possible. These are strictly earmarked funds to support economy. Of course, they cannot be, and if anyone has such an intention, repurposed for electoral bribery. Otherwise, for possible abuse of the ongoing activities of the Government in a state of emergency, i.e. the decrees with legal force, and what will be adopted in the next 14 days, there is the Constitutional Court. You know that some of the decrees have already been declared unconstitutional and temporary measures have been taken to stop their actions. There is the Anti-Corruption and a number of other state bodies that can check whether the decrees with legal force are for dealing with the pandemic or have a completely different motivation. I would like to mention here in particular, because there were such speculations, that the duration of the state of emergency, this time of 14 days, has nothing to do with the date of the next elections. Nothing. This is a special topic, which, you know, we will discuss at the next leadership meeting early next week.

I repeat, we need a new state of emergency exclusively to deal with the economic effects related to the COVID-19, as well as to complete the health responses to the pandemic.

However, the measures I mentioned which are wrongly related to the state of emergency, the restrictions, are introduced in accordance with the Law on Protection from Infectious Diseases, at the recommendation of the Commission for Infectious Diseases and are not a direct consequence of the introduction of the state of emergency. In this regard, I would like to take this opportunity to ask the Government to consider, because it is not my competence, to consider gradually reducing restrictions on the movement of citizens and the work of businesses.

I hope we will all come out with many lessons learned from this crisis, above all about the importance of human life and the need for joint care for the health of each of us. To preserve this unity that we have demonstrated over the past two months and to continue to support each other so that we can more successfully deal with the consequences of the corona virus that will unfortunately remain with us and with the world.

The Security Council will continue to monitor the situation and, of course, will meet when necessary.