Address by President Pendarovski at the panel discussion on „Depolarization of the Public Discourse: the Macedonian “Invisible” Criteria for EU Membership” 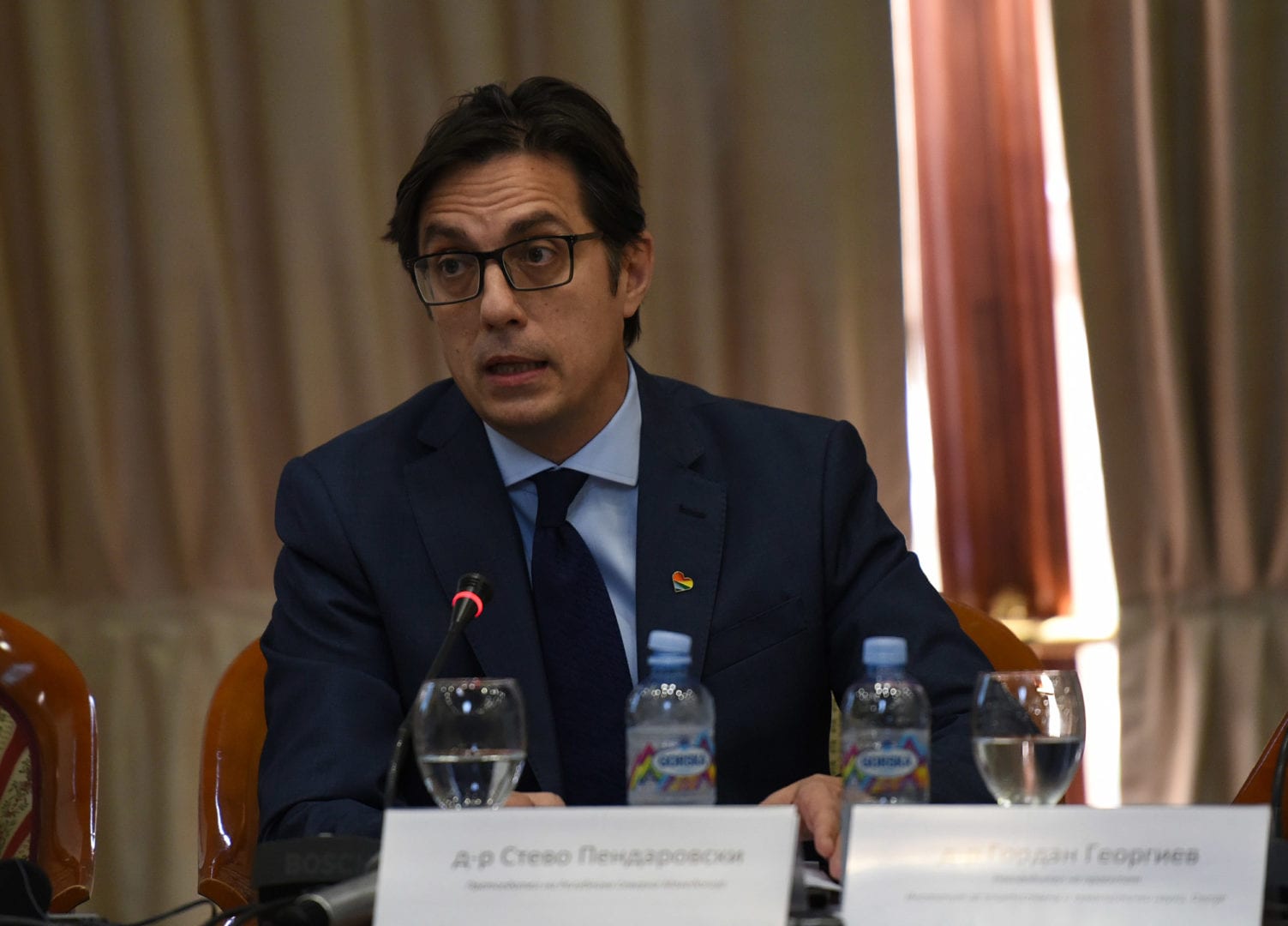 It is my great honor and pleasure to take part, with my presentation, at today’s panel discussion organized by the Institute for Social Sciences and Humanities – Skopje. Thank you for the invitation and, in particular, for the choice of the topic.

It is undoubtedly a sensitive issue that dictates the social processes and enters deep into the everyday life of both public figures and ordinary citizens. Without trying to unnecessarily recycle topics from the recently conducted elections, I just want to remind that, not by accident in my electoral platform, I committed myself to make a personal contribution to ending the politics of divisions, hatred and conflicts, making links among the citizens regardless of their ethnic, religious, social or other origin. I believe that the election result, excluding many other factors of influence, was as it was because part of the citizens understood and supported my commitment, probably themselves feeling that, meanwhile, unfortunately, we went too far with divisions and hatred, which, according to all analyzes, do not mobilize the social energy necessary for changes. On the contrary!

In this context, in order to move the processes in a positive direction, I am convinced that, first, we had to make some difficult, but important decisions that have stabilized the country, or at least that go in that direction, and have opened up opportunities for development and prosperity. In addition, although declaratively we were or are united around the strategic goals – besides the EU and NATO, I also include the Framework Agreement, unfortunately, we encountered many obstructions that were far from constructive criticism and remarks that took us a lot of time and energy, as a state. Now that we are at the threshold of formal NATO membership and ahead of the start of negotiations with the European Union, we are again faced with new, further polarization of relations, distrust and despondency. I do not include here constructive criticism and offering ideas and solutions to improve the policies that contribute to the attainment of the strategic goals.

I am confident that distancing from the goal or further delay of the process of Euro-Atlantic integration will only deepen the gap both intra-ethnic and inter-ethnic, and will further strengthen the policies of divisions, hatred, conflicts and prejudices. The Euro-Atlantic integration will not indeed overnight solve the polarization in society, the divisions of yours and ours, our own and foreign, patriots and traitors, but our inclusion in those large systems set on values ​​and principles will facilitate the work of all citizens, but above all, of the holders of public functions, will result in essential improvement of the institutions and creation of a climate of predictability and trust, which now, realistically, is missing.

The process of reconciliation is not easy and simple, and it will surely last for years, maybe decades. There is a lot of animosity, hatred and anger in our society present for a longer period of time, threatening to take away our energy as a community and as a state. My contribution to these processes, as President, I think will be more visible if, instead of making the so-called big strategic documents and projects, I focus, above all, on the so-called small moves, starting with staffing policy, up to daily decisions within my constitutional and legal competencies. In that direction, I tried, with my first moves in the staffing decisions for my closest associates, but also with the public rhetoric during the act of inauguration, to show that we should leave behind us the time of divisions, revanchism, hatred, evil blood, as, for me, it was and remains to be much more important to care for professional and human qualities, skills and knowledge, experience and creativity of people, rather than their formal party affiliation or essential political loyalty.

For me, and I am sure for all those at leading positions in the state, but also in the business community, the non-governmental sector, the media, the party, ethnic, religious, ideological or any other affiliations, should be irrelevant, although today, unfortunately, in many of these instances, they are the most important. Although throughout the years of public activity, I have suffered a lot of insults, threats, hatred, personal disqualifications, it has never made me doubt whether I should continue to work on encouraging cooperation and dialogue and involving all political actors in important political processes, and one of them, of course, is the process of reconciliation. Here, I want to mention a fact, not to boast with it but because it should become a routine for all holders of public functions very soon. Namely, on a daily basis I talk to politicians, diplomats and experts, representatives of the civil sector, members of the business community, media representatives, ordinary citizens, quite irrelevant of their political beliefs and ethnicity.

One of the conditions for reducing polarization in society is reducing polarization between institutions. Hence, for me cohabitation, no matter which political party or coalition is in power, is something that has no alternative. Unfortunately, we know that productive cohabitation between the president and the government has been very rare so far, only when they were from the same political provenience. As officials paid by national money, we cannot afford the luxury of mutual intolerance and animosity to the detriment of the citizens and the functionality of the state.

We are witnessing how little we need for unity over common goals and values. See only the last examples – Tamara’s success at Eurovision, HC Vardar winning the European title, Besir Alili’s gold medal at the cadet championship in wrestling. We have outstanding artists, great scientists, athletes we need to jointly respect. Despite the fatigue of the long and painful transition and the perceptions caused mainly thereof, we have a tradition and culture, we have a wonderful country and wonderful people. Should we live our lives with anger and hatred, and instead of dignity and respect for the other, should we cultivate anger and envy? Is life worthwhile without friendship and without sharing joy and sorrow; should there be something else except instant success overnight, the presence of social networks for presence and constant run for profit?

We, the older people, remember that the nation, these citizens, all of us, were once known for our hospitality and solidarity, as dignified and honest, moderate and patient, as righteous people, and, I am convinced, it was not related to the political ideology of that time. Let us not lose these human values ​​on which we need to build trust and understanding, to build our society based on law and justice, a society in which nepotism and corruption will not be a lifestyle, a society in which laws will apply equally for all and will be consistently implemented, a society in which knowledge and moral qualities will be appreciated. I believe that we have to start the process of reconciliation from ourselves and within ourselves, starting from our immediate surroundings, from our profiles on social networks, from our comments, attitudes, remarks, from our behavior towards friends, colleagues, neighbors, in our families.

I wish you, I wish for myself, this discussion to encourage reconciliation and depolarization of the public discourse, although I think that semi-public discourse should not be circumvented. The composition of the participants who represent different political options, divergent world views and professional interests should be evidence that we can be united even at the outset of our confrontation with this topic. It is the only way to a just society of equal and free individuals in pursue of happiness.