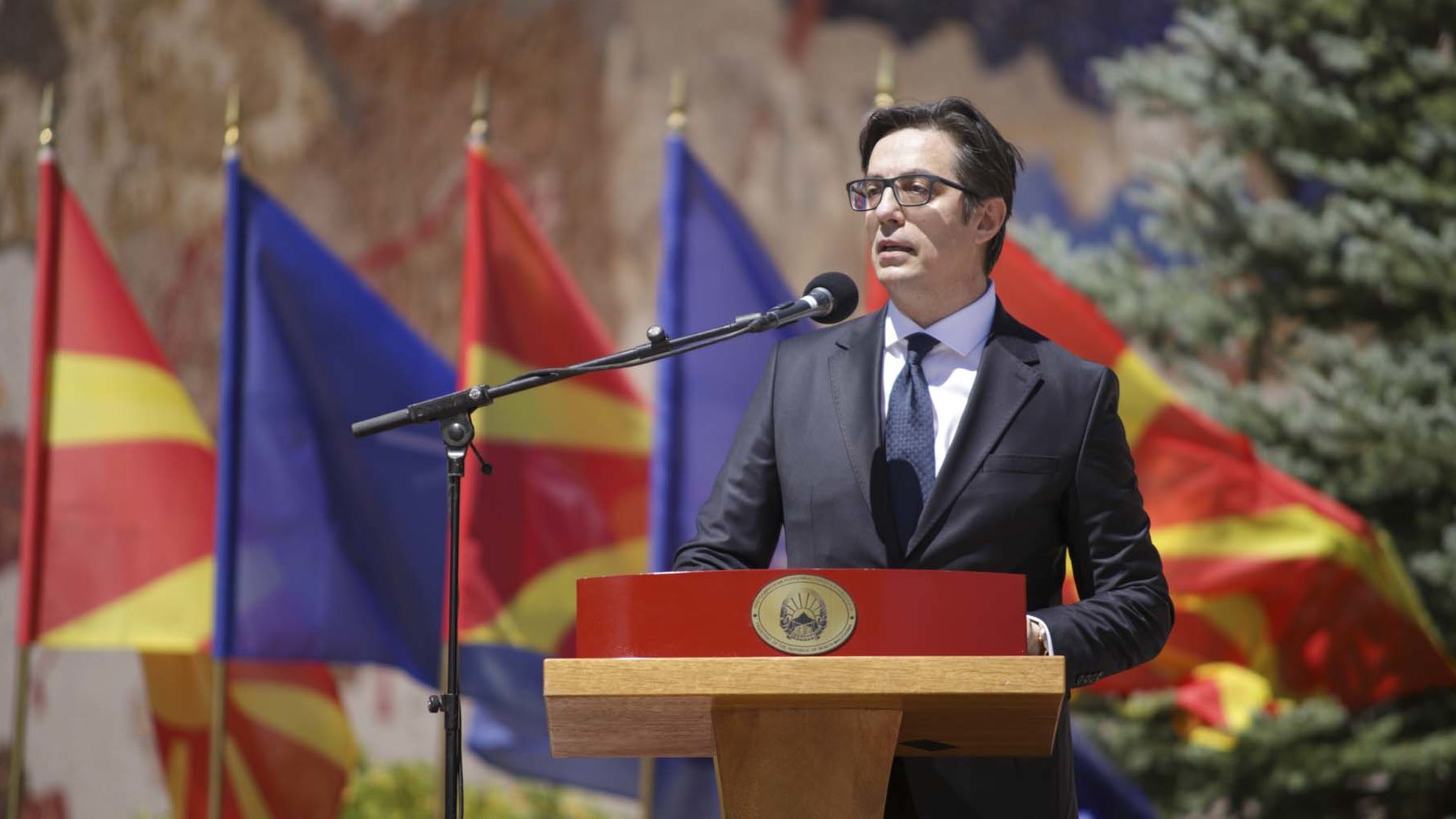 August 2nd is an exceptional occasion to remember both the historical and the contemporary significance of the Ilinden cause. The historical epic is not just a struggle for freedom against tyranny. Ilinden, the one in Krushevo in 1903 and ASNOM in 1944, are unique in their character, just as our country is unique and its path to independence since 1991 till today. In the era of national romanticism and nationalism, Ilinden was and remains a symbol of the undisputed will for its own state, based on republican and democratic principles and the free life of all ethnic and religious communities in it. More than a century after the Krushevo Manifesto and 76 years later after the ASNOM Declaration for the basic rights of the citizen of Democratic Macedonia, we do not stop being inspired by the venture of the then revolutionaries. Their struggle for human justice combines in itself humanism, cosmopolitanism and solidarity and sets them as a fundamental principle and a binding fabric of Macedonian statehood. Their vision for interethnic and interreligious cohabitation was attained in today’s Republic of North Macedonia as a common homeland of its citizens, united around the principles of freedom, human rights, democracy and solidarity.

We celebrate this Ilinden in really special circumstances. The whole world is affected by the Corona virus pandemic. This evil, in addition to bringing suffering to millions of people, threatens to completely change our life style. Freedom of movement, as a civilization benefit, is more difficult to achieve today than before the beginnings of mass travels. Socialization, as the essence of human community, is now confronted with social distance as a paradigm of “new normality”. Finally, alienation brought by this greatest crisis in modern history seriously jeopardizes our solidarity. Solidarity with those who have gone through and unfortunately are still going through the hell of the illness and solidarity with those who have lost their jobs and lost their income for a dignified life.

The health crisis that has long ago turned into an economic, political and moral crisis in the world will remain with us for many more months and will seriously limit our development and aspirations for a better life. Therefore, we as a country will have to find a way as soon as possible to ensure social justice and stimulate economic activity and growth without getting into the whirlpool of financial indebtedness and uncontrolled public debt increase.

In the past months, despite the pandemic, our country has fulfilled one of its two most important strategic goals, and that is NATO membership. After many years of difficulties and blockades that we were forced to go through, this year we became the 30th member of the most powerful military-political organization composed of democratic and prosperous countries. It is a process with long-term historical consequences aimed at strengthening our statehood, our international position and, last but not least, our internal cohesion.

In March this year, the European Council finally adopted a decision to start negotiations with our country for membership in the European Union, 15 years after receiving the candidate status. But this decision is just the beginning of a long process in which we will have to fundamentally transform and finally move away from the bad political practices. The new negotiation methodology enables faster integration, but only for countries that are willing to make real, not cosmetic, reforms.

It is clear to all of us that apart from the standard of living, our main problem is that we are not all equal before the law. Dysfunctional administration, high corruption and inefficient judiciary are not only an obstacle to faster integration into the European Union, but, more importantly, they are the main obstacle to living a normal life in a decent country. Our citizens are rightly disappointed to see that the prosecution, which was a symbol of all our hopes for clearing up organized crime, has disintegrated as a result of becoming part of organized crime itself.

Every abuse of office, every misused Denar from public finances, every rigged tender, every delay in court proceedings for years, every harassment of citizens in administrative proceedings are a reason more for many young people to decide to leave the country, to close or relocate businesses in other countries, as well as for the enormous increase in frustrations and radicalization of citizens.

New investments, business innovations, well-paid jobs, overall economic and social development are possible only in a system in which property is protected, public finances are not abused for personal purposes, those who work according to the rules prosper, and those who break the laws are punished. The only way to build a just society is to apply the law. Any other policy, especially the one based on corruption and clientelism is detrimental to our development and will destroy the prospect of a decent life for the vast majority of our citizens at the expense of a privileged and corrupt minority.

In this regard, now that the parliamentary elections are over, I expect the new Assembly and the new Government to be constituted as soon as possible. The next government will not have the comfort of not being asked difficult questions in the first hundred days. Current trends with the virus will not allow a full recovery of the economy, and economic problems always bring instability and civil discontent. Long before we start negotiations with the EU, we will have to start with the practical implementation of the urgent legal reforms and to intensify the fight against organized crime and high-level corruption.
Finally, the new government will have another, complex task, especially after such an election campaign in which severe accusations and personal disqualifications were said, which further deepened the divisions among the citizens.

Immediately after I was elected Head of State, I said that one of my main political and moral responsibilities will be to work for the civil reconciliation that we, today, I am convinced, need more than ever in our history as independent state. I hope and expect that my commitment will be supported by both the new government and the opposition and that together with all citizens, regardless of their ethnic origin and party affiliation, we will work to achieve this goal. Let there be no dilemma, in our country, everyone’s ethnic and party affiliation must be respected, without exception, however, the division along party and ethnic lines of the institutions undermines their democratic capacity and legitimacy in the short and long term.

Civil reconciliation is a basic condition for the functioning of a democratic plural society, and democracy is a prerequisite for economic prosperity. When we learn that politics is a battle of ideas, not a struggle of life and death and that the exercise of the rights and freedoms of every citizen must not depend on the change of government, only then will we have a true democratic state.

On that issue, even after so many years, the words of the oldest delegate at the first session of ASNOM have not lost their meaning. Speaking about the unification of all pro-democratic forces behind the same cause, not far from here, in 1944, Panko Brashnarov said – at this moment, the land of our deceased, many national heroes, who fell and sowed their bones all over Macedonia – becomes lighter and they see in peace the dawn of our freedom, they see the ideal friendship of the old Ilinden fighters, of Goce Delchev and today’s Ilinden people.

All of us, today’s Ilinden citizens, have an obligation to respect this covenant of the old Ilinden fighters. Our generation, privileged to live in peace and to have its own state, like every generation before us, has its own battle that it must win if it wants to leave something valuable behind, for those who come after us.

Our battle is to provide a dignified life for every one of our citizens in our homeland, not abroad. To achieve this, there must be justice and freedom for everyone. Only then can we say that we are worthy heirs to the work of our ancestors.