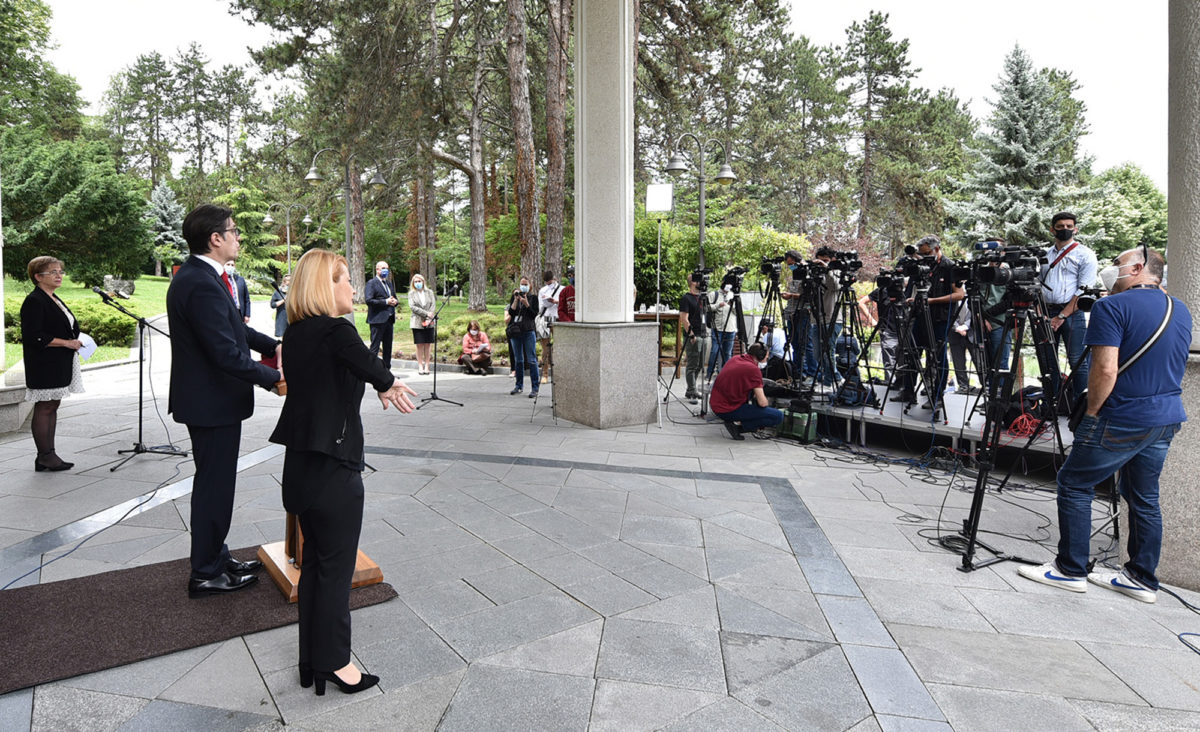 On May 30 this year, I made a decision to declare a new state of emergency for 14 days. The state of emergency expires tomorrow, on June 13, at midnight. Until now, I have declared all emergencies at the request of the Government, with an explanation of its necessity. All decisions on state of emergency were preceded by a session of the Security Council at which the Prime Minister and the line ministers explained the reasons for the need for a state of emergency. It is known that I declared all the previous states of emergency due to the need, in the absence of Parliament, to govern the state by decrees with legal force, in order to deal with the effects of the pandemic in the health and economic-social sphere, after most economic entities stopped their operations.

Here, I would like to stress that the comparisons made between the previous emergencies and the number of infected and deceased at that time and the current numbers of infected and deceased are unfounded, because, I said and I repeat, no state of emergency was introduced for those reasons. For measures such as the curfew, quarantine or crisis situation in part or in the whole territory, there is legislation and there is no need to introduce a state of emergency for those measures to be applied.

Let me now turn to the date of the early parliamentary elections. I know that most of our citizens do not think of elections at a time when there is an increase in the number of sick people, but elections, in a time of corona that will not go away soon, are necessary to have a functioning, rather than a dissolved parliament, and legal and legitimate, instead of a technical government.

Now, you will allow me to warn of a potential danger and possible adverse developments if we happen to organize an election process that will not be inclusive.

We know that our society has been extremely polarized for years, on different grounds; hate speech deepens the differences along political, ethnic, religious and party lines. We have been in a complex health crisis since March due to the pandemic. Because the Assembly has been dissolved, and we have an insufficiently developed norm for emergencies, there are initial elements of a constitutional-legal crisis. If we fail to agree on a transparent and inclusive election process, it would mean entering a deep political crisis. If we look at the wider region in which we find ourselves and the attempts to destabilize it through hybrid threats and fake news, we cannot rule out that a possible legal and political crisis could turn into a security.

Therefore, I publicly call the presidents of the largest ruling party – Zoran Zaev and the largest opposition party – Hristijan Mickoski to sit down today and find a way out of this situation by putting state above personal and party interests. Otherwise, we will only open the door to an even greater internal crisis, and not only will we question our European perspective, but more importantly, we will undermine our efforts to deal with the pandemic which require clear state consensus and stable institutions.

In the past three years, we have made unprecedented compromises, not only for the region, but for the wider democratic world. Those compromises allowed us to join NATO and start negotiations with the European Union. Crises of such magnitude in the world often result in the unification of people around common goals and values. There is no single reason for this crisis in our country to be a source of new divisions that we have experienced too many throughout our history.