Address of the Wife of the President, Elizabeta Gjorgievska, at the public online forum “Preserving the Environment Means Preserving Our Physical and Mental Health” 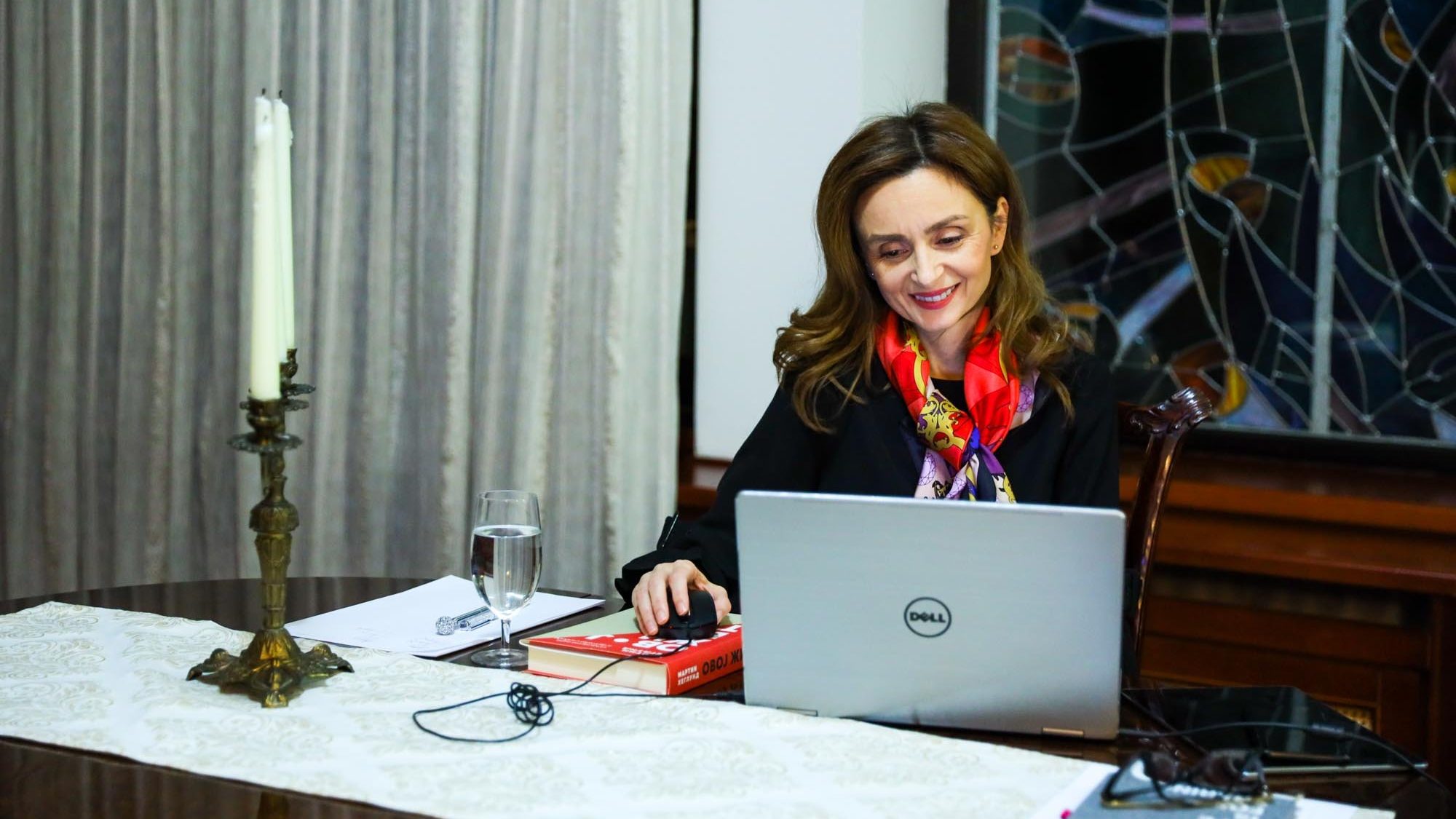 The Wife of the President, Elizabeta Gjorgievska, addressed the public online forum “Preserving the Environment Means Preserving Our Physical and Mental Health”, organized by the Amygdala association, in cooperation with “We Are Love – Jemi Dashuri”.

The integral text of the address is below.

I thank the organizers for the invitation to participate in this forum. I would like to greet the members of the Amygdala and “We Are Love – Jemi Dashuri” associations. Thank you for continuously addressing such an important aspect that in our country, in the Republic of North Macedonia, is very often neglected – and that is psychological help. The COVID-19 pandemic has already sky-rocketed the number of people with anxiety and depression. What you are doing in the field of oncology may need to be extended to other segments of the health care system.

The topic we are going to talk about today is extremely important – “preserving the environment means preserving our physical and mental health”. What is the relationship between environmental health and human health?

I would like to immediately point out that we are facing a paradox. On the one hand, worldwide we have fantastic advances in medical science and medical practice that should lead to a drastic eradication of diseases. However, we are still far from the desired goal. Cardiovascular and malignant diseases cause almost three quarters of mortality in Europe. The problem with physical and mental health is not just a health problem. It is a problem of the whole society.

It is good to remember that the World Health Organization defines health not only as absence of disease, but as a state of complete, physical, mental, and social well-being. One of the prerequisites for achieving health is the existence of a stable ecosystem.

We, unfortunately, live in a time when the health of the planet is seriously impaired. Many of the health problems we face are a consequence of socially constituted realities, narratives and worldviews with a reductionist view of nature and the human place in it. The dominant logic of consumerism alienated us from nature, which is reduced to a material resource that should be exploited and destroyed uncontrollably. As human beings we have become blind to the obvious – that by destroying nature, we are cutting the branch on which we sit and from which we feed.

Einstein said that we cannot solve problems using the same methods that created the problems. We live in a complex, interdependent world where everything is connected.

Individual human health is related to the collective health of society, which, in turn, depends on the health of the environment.

The environmental crisis is affecting human health. Take air pollution as an example. According to the 2016 WHO Report, air pollution is one of the biggest environmental risks affecting health. Prior to the pandemic, about three million people died each year due to air pollution worldwide, or one in nine deaths worldwide due to poor air quality. And the air that Macedonian citizens breathe, especially the inhabitants of urban centers, is among the most polluted in Europe. This environmental problem causes many diseases, impaired lung function, asthma, chronic obstructive pulmonary disease (COPD), cardiovascular disorders, and premature mortality. Children, pregnant women and chronically ill are especially vulnerable. According to the World Bank, about 1,600 people die prematurely every year in our country due to air pollution, which is a silent killer.

We need developed environmental awareness and conscience to be able to see all the dimensions of life – physical, biological, psychological, social, cultural and spiritual.

Even closer cooperation between health and environmental sectors is needed to protect and promote human health. Public health is the science and skill of preventing disease, prolonging life and promoting health through organized efforts of society. Public health does not focus only on eradicating disease, but on achieving well-being. That entails an interdisciplinary approach. Because health has a multidimensional nature, public health must have an interdisciplinary approach, which, of course, includes an environmental aspect. Environmental threats are by definition threats to human health. And health is not only physical, but also mental.

In the past period, the President of the Republic of North Macedonia had several policies and activities in this field, and supported many initiatives aimed at raising environmental awareness. On this occasion, I will single out only two of them. He suggested that a supra-party state strategy be adopted to mitigate the negative effects of climate change. Almost a year ago, he convened a Security Council meeting to discuss air pollution and environmental protection for the first time.

I believe that policies should be continued that will benefit both the health of society and the health of the people. We have to focus on the whole person, on the person, to work with people and for people. Change begins with us. Let us remember that we are human beings, that we belong to each other and are turned to each other. With that thought, at the very end, I wish you a successful forum.