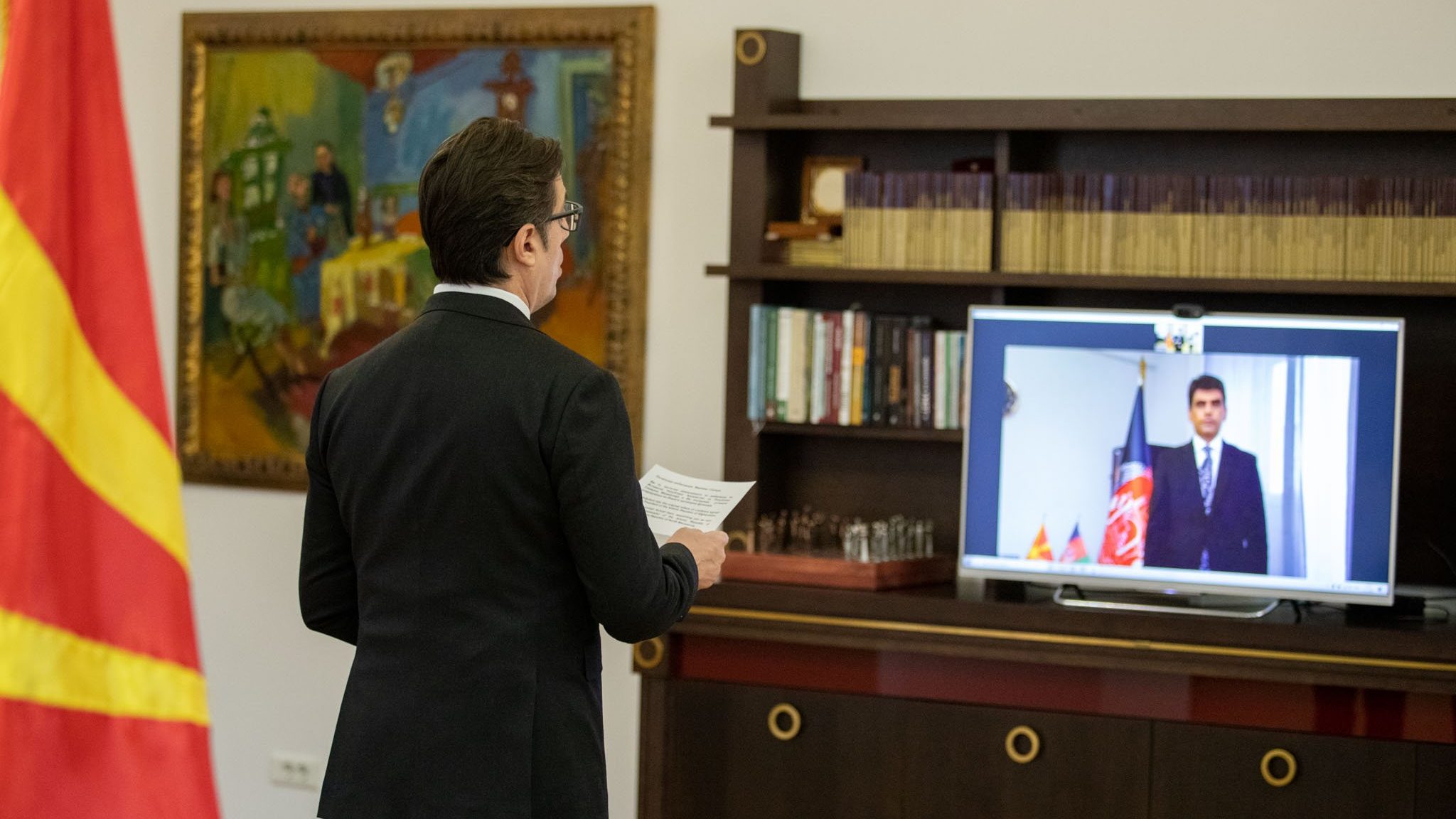 President Stevo Pendarovski had a video conversation today with Mirwais Samadi, newly appointed Ambassador of the Islamic Republic of Afghanistan to the Republic of North Macedonia, resident in Athens, on the occasion of presenting his credentials, which, due to the Covid-19 pandemic, were sent via diplomatic channels.

Congratulating on his appointment, President Pendarovski stressed the importance of promoting a positive agenda for cooperation between the two countries and expressed the expectation that the efforts of the newly appointed Ambassador would make a significant contribution to the deepening of political relations.

“North Macedonia is and will be a reliable partner of Afghanistan in its efforts for prosperity of the country and well-being of the citizens”, President Pendarovski said and stressed that our country, as a participant in NATO ISAF mission until 2014, but still today with the contribution to the Resolute Support mission reaffirms its commitment to sustainable peace and development in Afghanistan.

The interlocutors exchanged views on conducting peace talks with the Taliban, in line with the agreement reached on 29 February 2020, welcoming Afghanistan’s efforts to achieve peace and stability in the country and the region.
Wishing him success in the execution of his responsible duties, President Pendarovski expressed his support to the Ambassador of Afghanistan, Samadi.