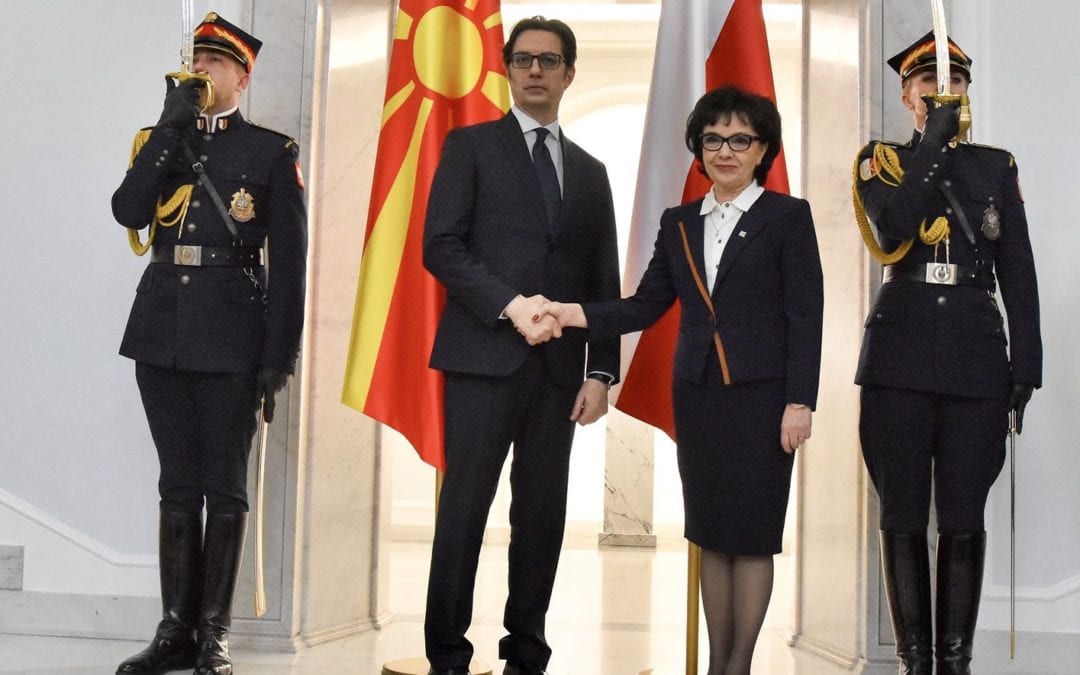 At the meetings, they exchanged views on the overall bilateral relations between the two countries. Assessing that Poland is a valued partner of North Macedonia in its efforts to join the European Union and NATO, President Pendarovski called for further enhanced cooperation at parliamentary level between the two countries, aimed at exchanging experiences and promoting overall bilateral cooperation.

President Pendarovski expressed his gratitude at the meetings for Poland being among the first member states to ratify North Macedonia’s NATO membership protocol. President Pendarovski also stressed the importance of maintaining and enhancing the dynamics of political dialogue between the two countries.