Bilateral meetings of President Pendarovski with the President of Latvia, the Prime Minister of Croatia and the Head of the Bavarian State Chancellery and State Minister for Federal Affairs 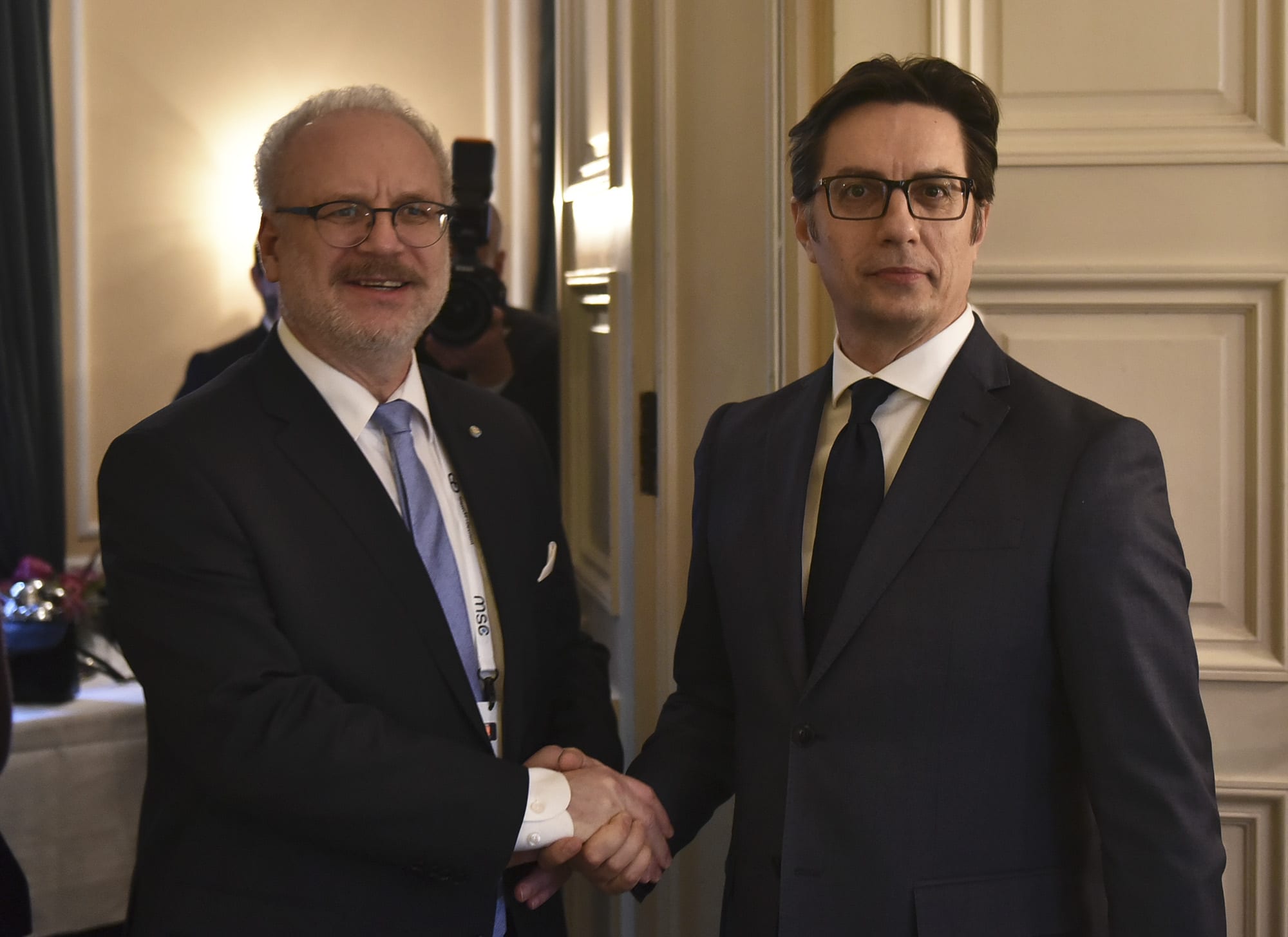 At the meeting with the President of the Republic of Latvia, Egils Levits, President Pendarovski assessed that the two countries are continuously building friendly and partnership relations, noting a positive trend in the development of cooperation in many areas of social life. At the meeting, they exchanged views on the developments regarding the membership of the Republic of North Macedonia in the European Union and NATO. Expressing gratitude for the Latvian Parliament’s quick ratification of the accession protocol for NATO membership of the Republic of North Macedonia, President Pendarovski also thanked for the Latvian support so far for our European integration and expressed hope that it would continue in the future. The meeting  voiced readiness for a more dynamic sector cooperation and continuous improvement of the contractual framework between the two countries. The interlocutors concluded that there is great potential between the two countries to develop and increase cooperation in many areas of common interest.

The meeting with the Prime Minister of the Republic of Croatia, Andrej Plenkovic, expressed satisfaction with the excellent and friendly relations between the two countries, without open issues, and willingness to promote and intensify bilateral cooperation in areas of mutual interest, especially in the economic field. President Pendarovski thanked and welcomed the efforts of Croatia, as current chairman of the Council of the European Union, to open negotiations for our country ahead of the Zagreb Summit in May this year. President Pendarovski expressed his expectation that the proposal for the new enlargement methodology based on the principles of ensuring stability, peace and prosperity in the region would be adopted by the EU member states at the Brussels Summit in March. At the meeting, the President expressed our interest in launching the operationalization of the Euro-Atlantic Partnership Agreement between the Governments of North Macedonia and Croatia. The interlocutors also exchanged views and information on the latest developments in the region.

The meeting with the Head of the Bavarian State Chancellery and State Minister for Federal Affairs, Florian Herrmann, expressed satisfaction with the traditionally friendly relations between the Republic of North Macedonia and the German Federal State of Bavaria. Both interlocutors reaffirmed their interest in strengthening and deepening bilateral cooperation in all areas of mutual interest, above all in the economic sphere. In this context, President Pendarovski emphasized the importance of the joint commission of North Macedonia and Bavaria, as an extremely important tool for enhancing economic cooperation, exploiting the experience and the great investment potential of one of the most prosperous German federal states. In the context of the European integration of North Macedonia, President Pendarovski stressed that our country has shown political maturity in the past, investing in its European perspective, while expressing the expectation that the adoption of the new methodology would create conditions for a date for the start of accession negotiations.