Pendarovski-Borrell meeting: North Macedonia is a proven partner, and the new geopolitical reality indicates the need for regional integration in the EU 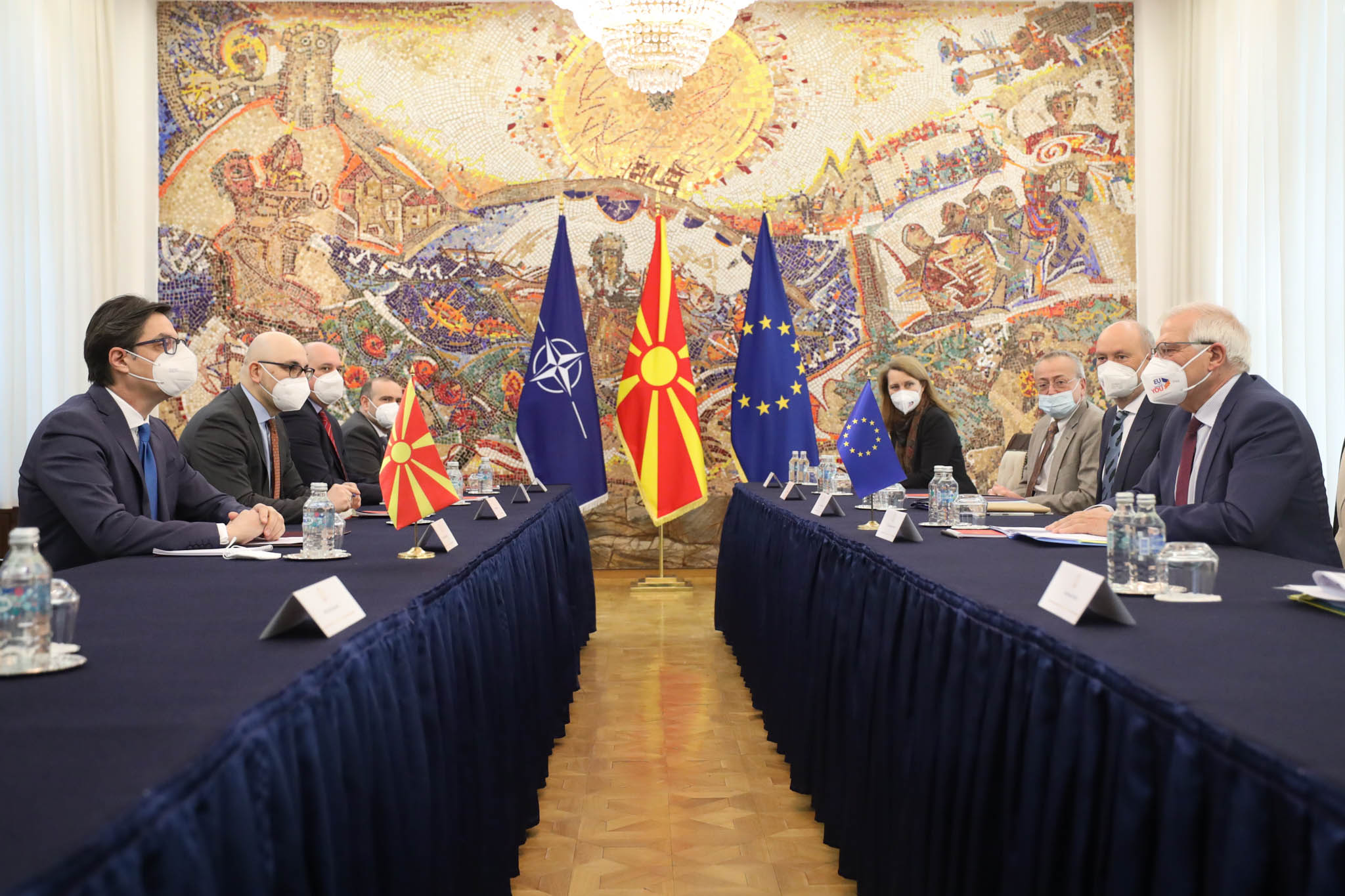 President Stevo Pendarovski received today the High Representative of the European Union for Foreign Affairs and Security Policy and Vice President of the European Commission, Josep Borrell, who started his visit to North Macedonia with this meeting with the President.

President Pendarovski assessed the visit of High Representative Borrell to North Macedonia and the region as a confirmation of the EU’s commitment and support to the Western Balkans, especially in light of the new geopolitical reality in Europe.

President Pendarovski stressed that the start of accession negotiations for the country is a test of the credibility of the European Union. With the new geopolitical dynamics, we are not talking about speeding up the process, given that North Macedonia and Albania have received a decision to start accession negotiations with the Council of the Union in March 2020. He called for swift implementation of the strategic decisions regarding the enlargement policy. North Macedonia, President Pendarovski said, has proven to be a credible partner of the European Union and its further blockade on the opening of accession negotiations, together with Albania, is unsustainable.

Discussing the Russian military invasion of Ukraine and its impact on the security of the European continent as a whole, the interlocutors reaffirmed the need for an immediate cessation of Russian hostilities in Ukraine, a return to international law and a speedy recovery from the devastating attack on Ukraine. The High Representative welcomed the country’s decision to join EU sanctions on Russia, bringing North Macedonia fully in line with the EU’s common foreign and security policy and the EU sanctions package, including the 2014 package of measures.

The meeting also discussed the conclusions of the recent Summit of EU leaders in Versailles, with an emphasis on the European integration process with the countries of the region, for which the member states have the main say.