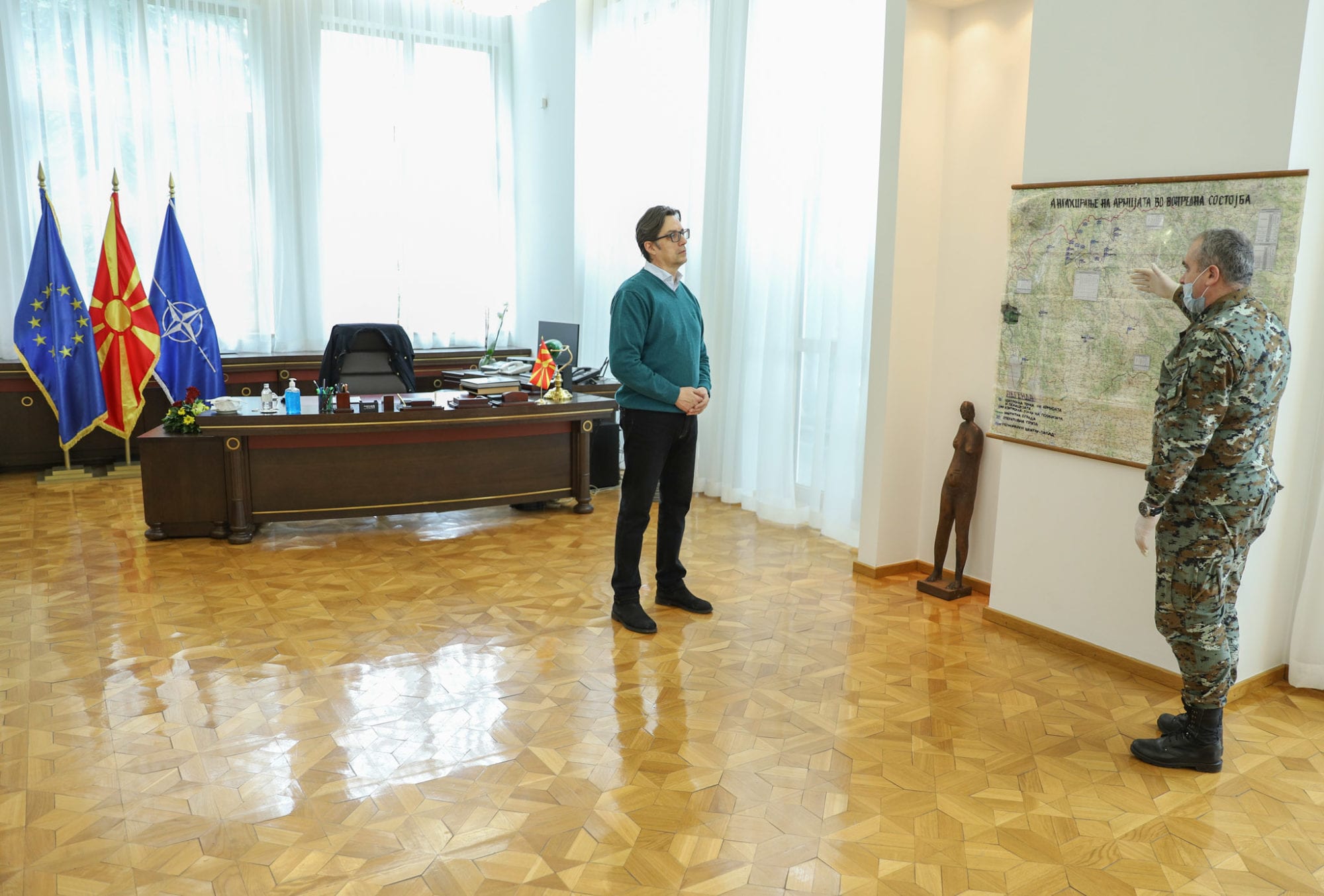 General Gjurcinovski briefed the President on the engagement of the members of the Army on the entire territory of the country in dealing with the consequences of the Covid-19 epidemic, in conditions of declared state of emergency.

The President was also briefed on the Army’s extended activities in cooperation with police forces, as well as the Army’s support to civilian structures, health workers, the Red Cross, the Crisis Management Center, the Protection and Rescue Directorate and local government.

An integral part of today’s briefing was the engagement of the Army on the southern and northern borders of the country, where army units along with police forces are engaged in dealing with the potentially increased influx of migrants and refugees as part of the “Balkan Route”.