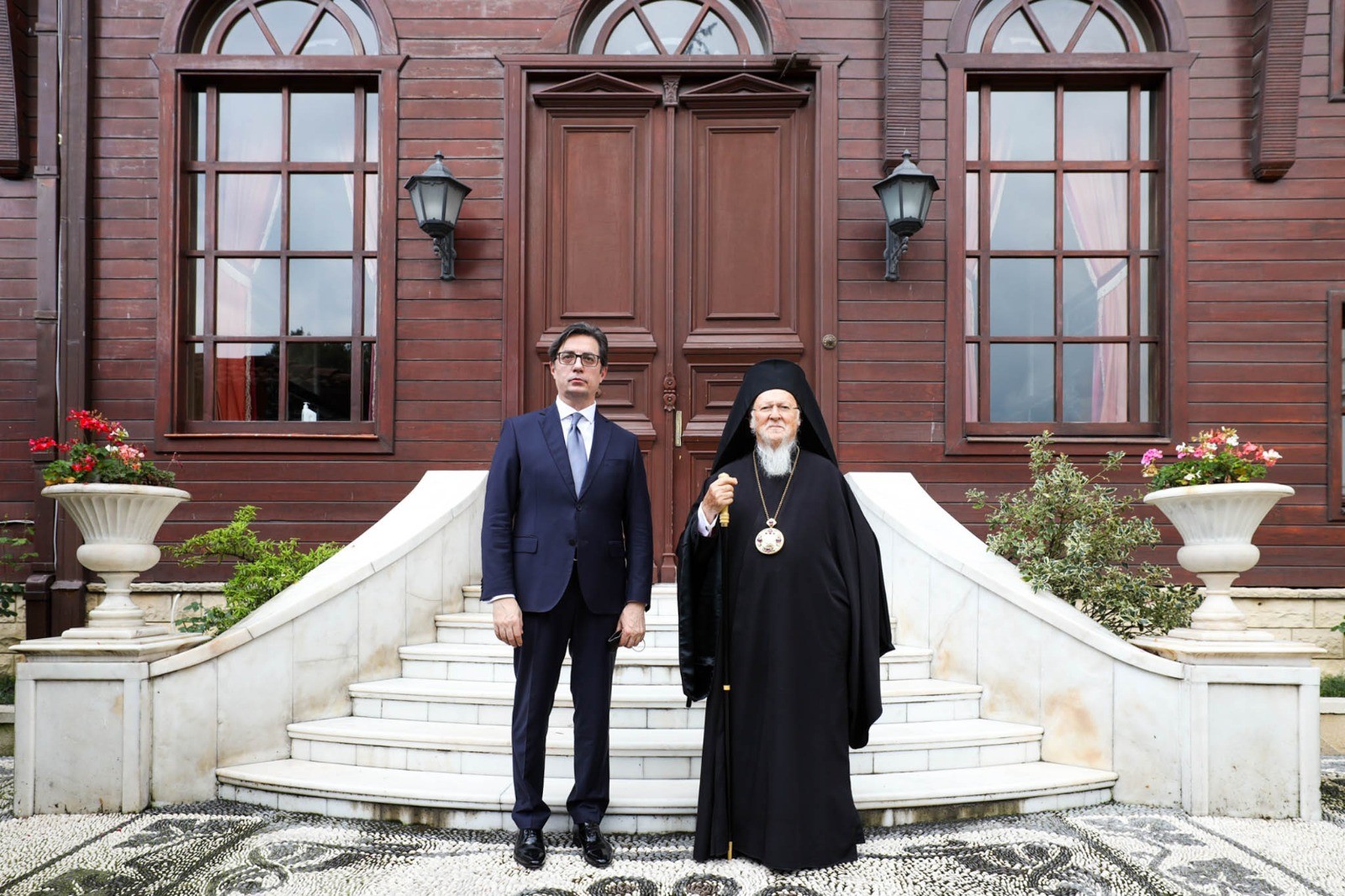 President Stevo Pendarovski, on the occasion of the recognition of the canonicity of our Church by the Ecumenical Patriarchate, sent a congratulation message to the head of the Macedonian Orthodox Church – Ohrid Archbishopric, Metropolitan of Skopje, Archbishop of Ohrid and Macedonia and Justiniana Prima, H.H. Stefan.

It was with great joy that I received the news of the historic decision of the Holy and Supreme Synod of the Ecumenical Patriarchate and of His Divine Holiness, the Ecumenical Patriarch Bartholomew. Allow me to congratulate you personally and the members of the Holy Synod of Bishops, the entire clergy and moncs and all the believers of the Orthodox faith on the news of the recognition of the canonicity of our Church by the Mother Church.

This important decision corrects the long historical injustice inflicted on our Church and its believers and heals the deep wounds due to the decades of isolation faced by the restored Ohrid Archbishopric. By accepting our Church into the Eucharistic communion, the Ecumenical Patriarchate erased the artificially created divisions and opened the space for building the spiritual unity of the Orthodox believers.

With this step, Patriarch Bartholomew and the Ecumenical Patriarchate not only recognize the reality of our living Orthodox Church, but also recognize its historical continuity with the ancient Ohrid Archbishopric, which for centuries has been a refuge and source of spiritual strength and hope for the Orthodox faith.

I believe that this decision opens an opportunity for new and unburdened spiritual growth of our Church and progress and reconciliation in the Macedonian society.

Message from President Pendarovski on the occasion of January 27, the International Holocaust Remembrance Day

On the occasion of January 27, the International Holocaust Remembrance Day, President Stevo Pendarovski sent the following message: The millions of victims, the injustices and the horror of the Holocaust remind us of our shared historical responsibility to build...