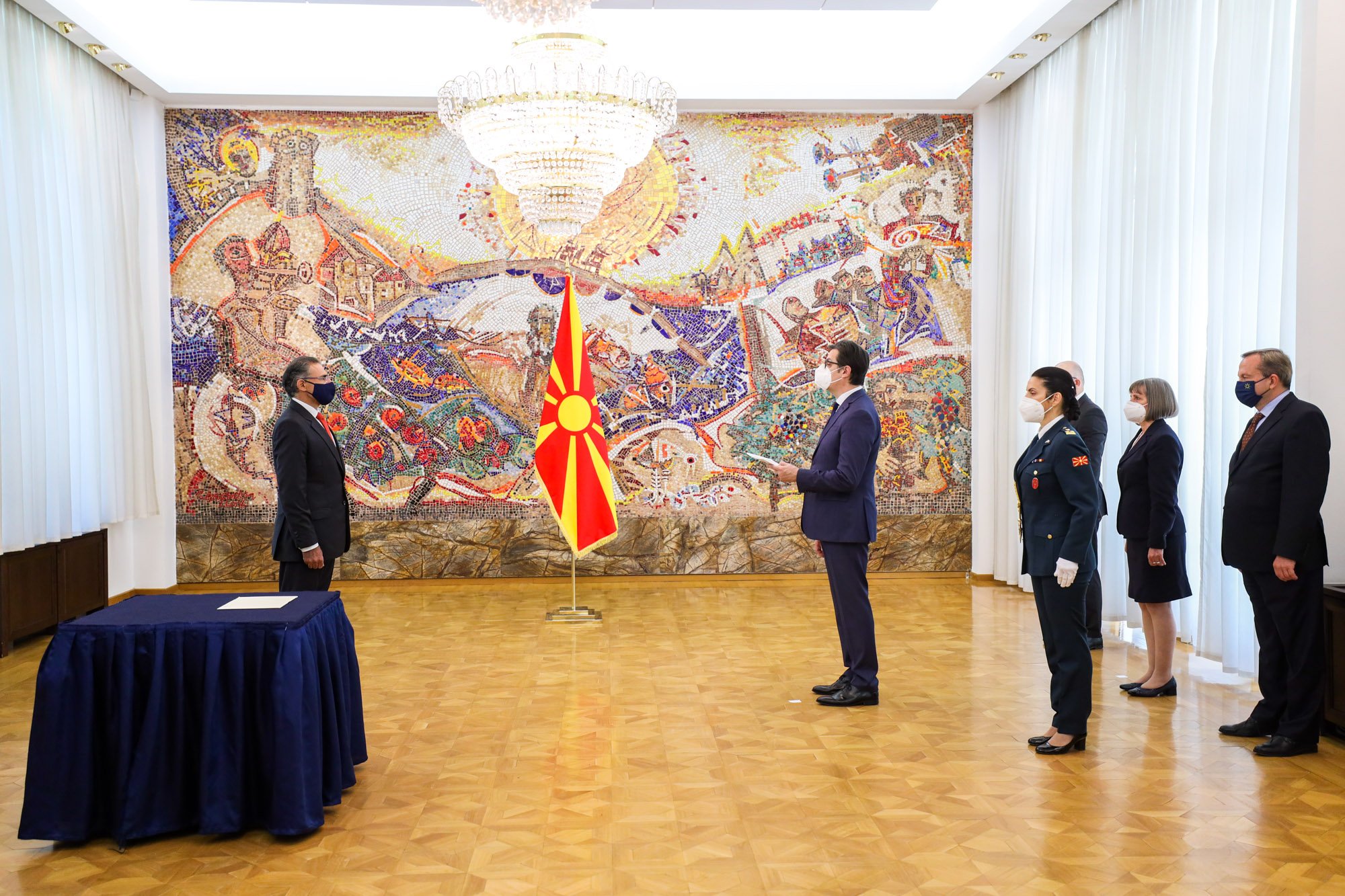 At the ceremony of handing over the credentials by Demetrios Theophylactou, the newly appointed Ambassador of the Republic of Cyprus, resident in Belgrade, President Pendarovski said that the establishment of diplomatic relations between the two countries in August 2019 created the necessary conditions for intensifying political dialogue and deepening mutual relations and cooperation.

“Specifically, I am pleased to note our readiness to intensify the economic cooperation in order to fully utilize the economic potential of our two countries, encourage trade, investment, and mutual coordination in tourism development”, President Pendarovski said.

In his address, President Pendarovski stressed the continuous Cypriot support for the European integration process of our country and added that he expects stronger affirmation of the support in the European institutions in the following period.

Ambassador Theophylactou said that the accession of North Macedonia and of the other Western Balkan candidate countries to the European Union is a high priority and that can only contribute to the stability and prosperity of the region and Europe.

“In order to give a strong impetus, both to your European integration path and to our bilateral relations, we want to exchange more visits at presidential and ministerial level, including meetings of other relevant institutions, such as chambers of commerce of our two countries. Further advancement of economic cooperation, trade and tourism offers great opportunities for our two countries”, Ambassador Theophylactou said at the credentialing ceremony.

Assessing that the two countries have built constructive relations in the past period, President Pendarovski at the ceremony of handing over the credentials by Seyed Mohammad Javad Rasouli, the newly appointed Ambassador of the Islamic Republic of Iran, resident in Sofia, stressed that these relations are based on mutual understanding and respect.

“In that regard, let me emphasize our readiness to further enhance mutual cooperation in areas of mutual interest, among which I would single out economy, tourism and culture. I assure you that during your term we will continue with the activities and initiatives to achieve even greater cooperation in these areas”, President Pendarovski said.

Noting that the two countries have a long history and great potential for expanding relations, Ambassador Rasouli said that in the economic field, there are many capacities and areas for cooperation.

“I believe that the close political views, clear economic interests, strong cultural kinship and close friendship between the governments and peoples of the two countries are a strong basis for the development of relations and therefore I am ready to finalize and precisely implement the agenda for the future relations through consultations with the Macedonian authorities”, Ambassador Rasouli concluded.