President Pendarovski meets with Donika Grvala-Schwartz, Deputy Prime Minister and Minister of Foreign Affairs and Diaspora of the Republic of Kosovo 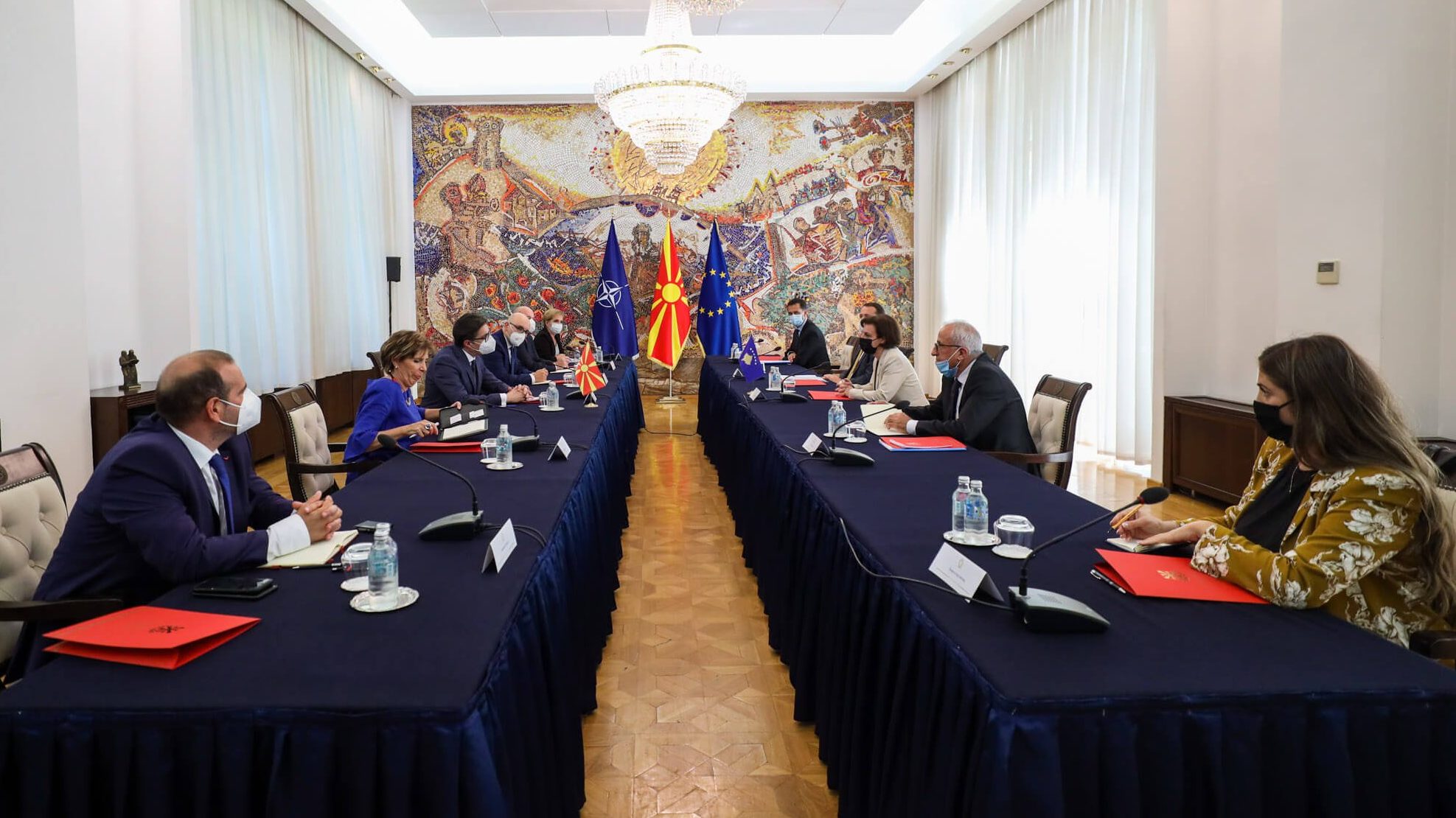 At the meeting, satisfaction was expressed with the level of bilateral relations between the two countries, which are friendly, dynamic, based on mutual respect. The interlocutors reaffirmed the interest in deepening cooperation in all areas of mutual interest, especially in the economy, giving support to the agenda of activities between the governments of the two countries in the coming period.

In addition, the interlocutors discussed current issues in the region, cooperation and European integration, and concluded that the promotion of good neighborly relations between North Macedonia and Kosovo will contribute to the progress, stability and security of the entire region.

In this context, President Pendarovski reaffirmed his support for the dialogue between Kosovo and Serbia, emphasizing that any result achieved should be aimed at strengthening regional stability and security.

At the meeting, information and opinions were exchanged on the spread of the Delta strain of Covid-19 virus, the pace of vaccination of citizens, as well as dealing with the consequences of the pandemic in both countries.