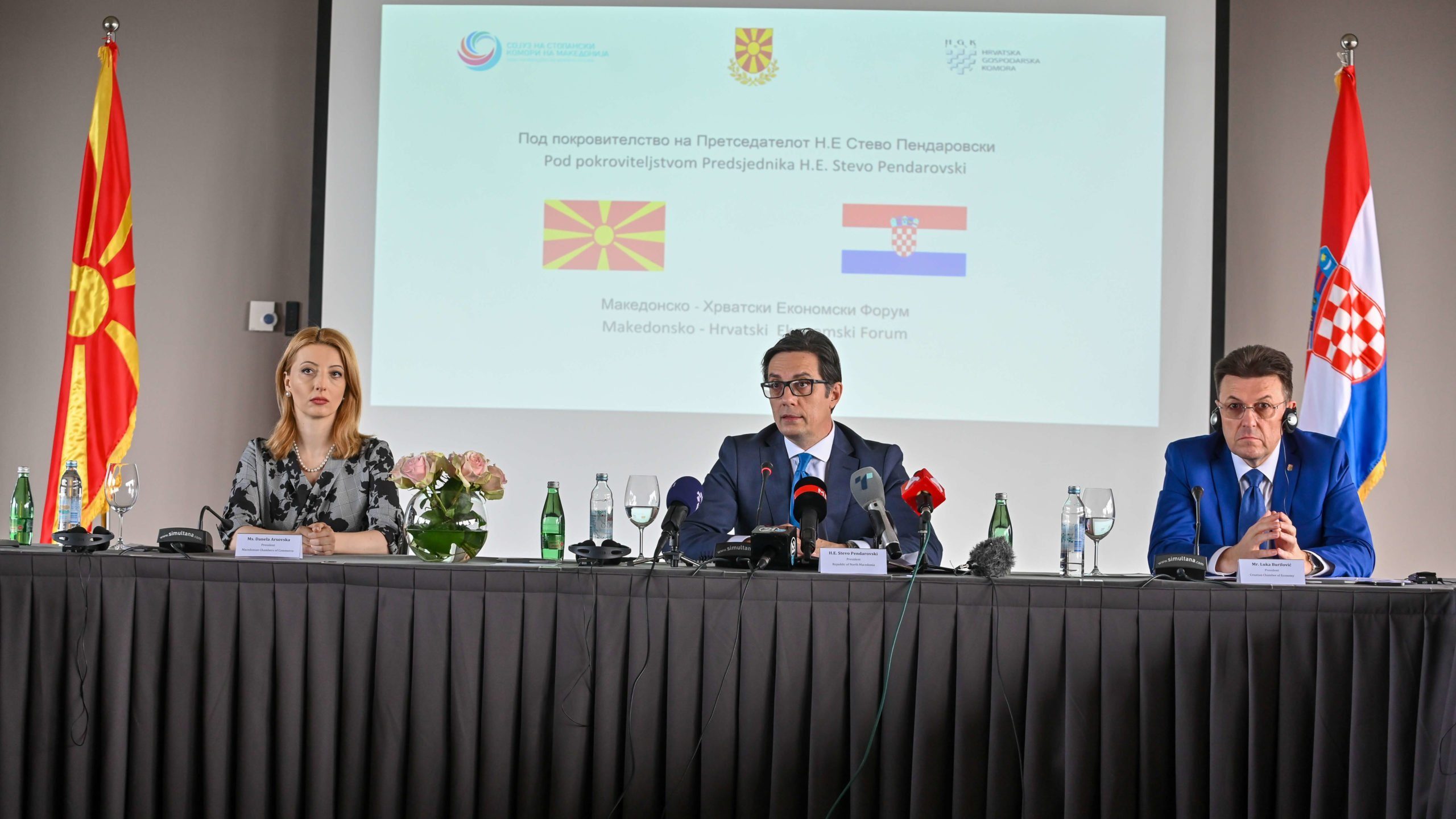 President Stevo Pendarovski, today in Zagreb, as part of his official visit to the Republic of Croatia, addressed the Macedonian-Croatian Economic Forum, organized in cooperation with the Croatian Chamber of Commerce, which was attended by presidents of the most important business branches, led by Danela Arsovska, President of the Association of Chambers of Commerce of Macedonia.

President Pendarovski pointed out that the special focus in his work is the economy, assessed that a particularly important part of the official visit to Croatia is the economic segment and thanked for Croatia’s openness and commitment to strengthen the economic cooperation between the two countries.

The President spoke about the economic and social damage caused by the Covid-19 pandemic, emphasizing that the Macedonian economy has suffered a serious decline, and the crisis was most manifested in tourism and hospitality, many industries, wholesale and retail trade. He also referred to the six anti-crisis packages to save the economy, of which 4 packages were worth about EUR 1 billion.

President Pendarovski stressed the importance of vaccination, as one of the priority steps to improve the economic situation in our country and pointed out that a more serious mass vaccination is already beginning in the country.

“Not everything depends on the people in the business sector for rapid, inclusive and economic growth. The rule of law is also important, reducing corruption to the lowest level”, President Pendarovski said, pointing to the benefits of our country’s entry into NATO as one of the opportunities to promote stability to strengthen the economic position at international partners, providing greater visibility of North Macedonia as a potential for investment.

The focus of the bilateral economic meeting in Zagreb was to intensify cooperation in order to enable the growth of trade between the two countries, to see the investment potential in the field of industrial production, military industry, ecology and waste recycling, as well to increase the opportunities for development of tourism between the two countries by considering the possibilities for opening direct airlines to and from the most popular tourist destinations.