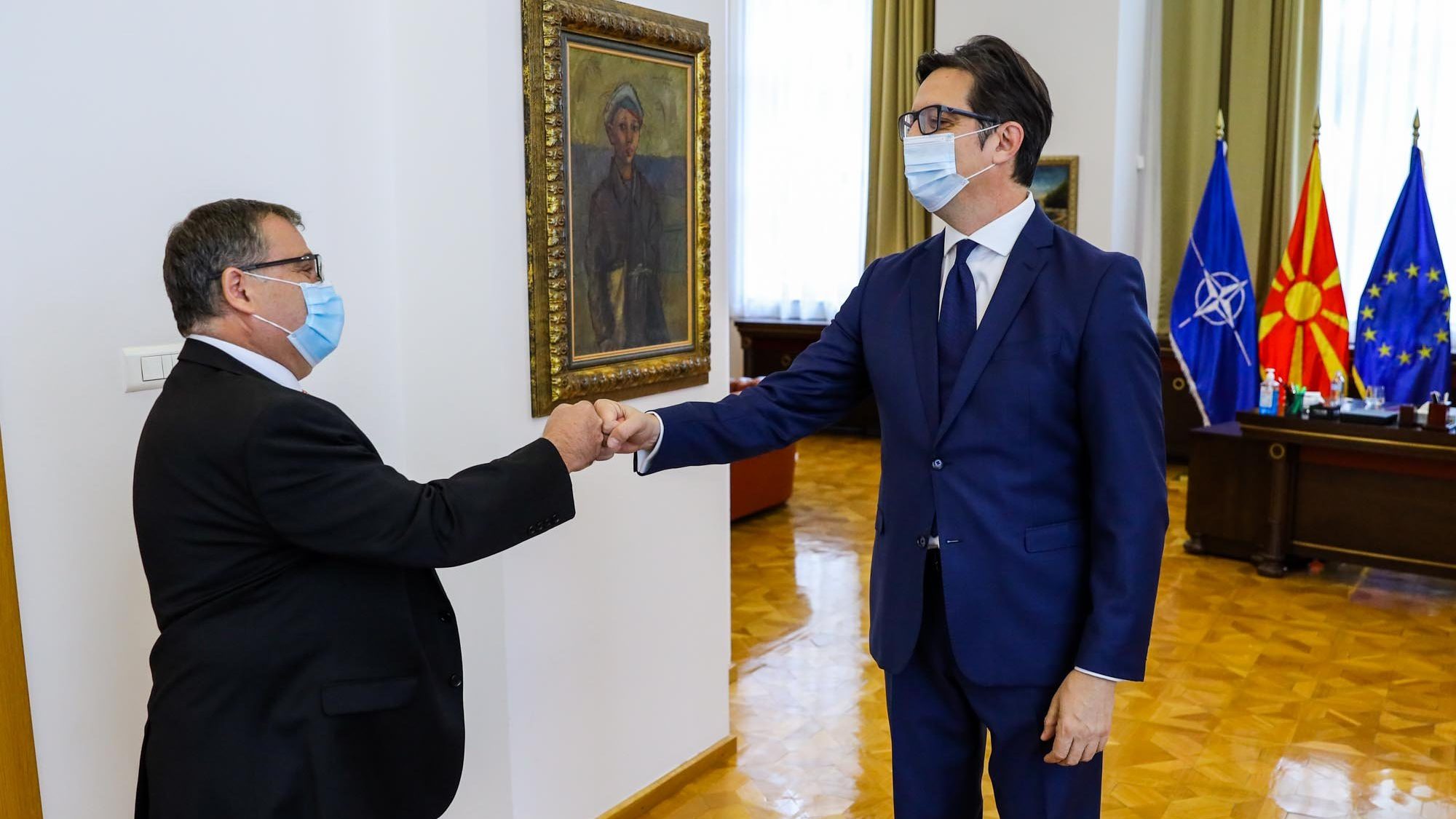 At the meeting, opinions were exchanged on the overall bilateral relations between the two countries, and it was assessed that they are characterized by friendship and mutual trust. The President said that North Macedonia sees France as an ally in achieving its strategic goals.

President Pendarovski expressed satisfaction with the fact that during the four-year term of Ambassador Thimonier, the two countries became allies in NATO, and a decision was made to start accession negotiations with the European Union. In that context, President Pendarovski stressed the importance of France’s support for the European perspective of North Macedonia and the region, pointing out that after the adoption of the new negotiation methodology, the candidate countries are enabled to integrate into the EU through the implementation of fundamental reforms.

President Pendarovski expressed his gratitude to Ambassador Thimonier for his overall diplomatic engagement in our country and wished him success personally and professionally.