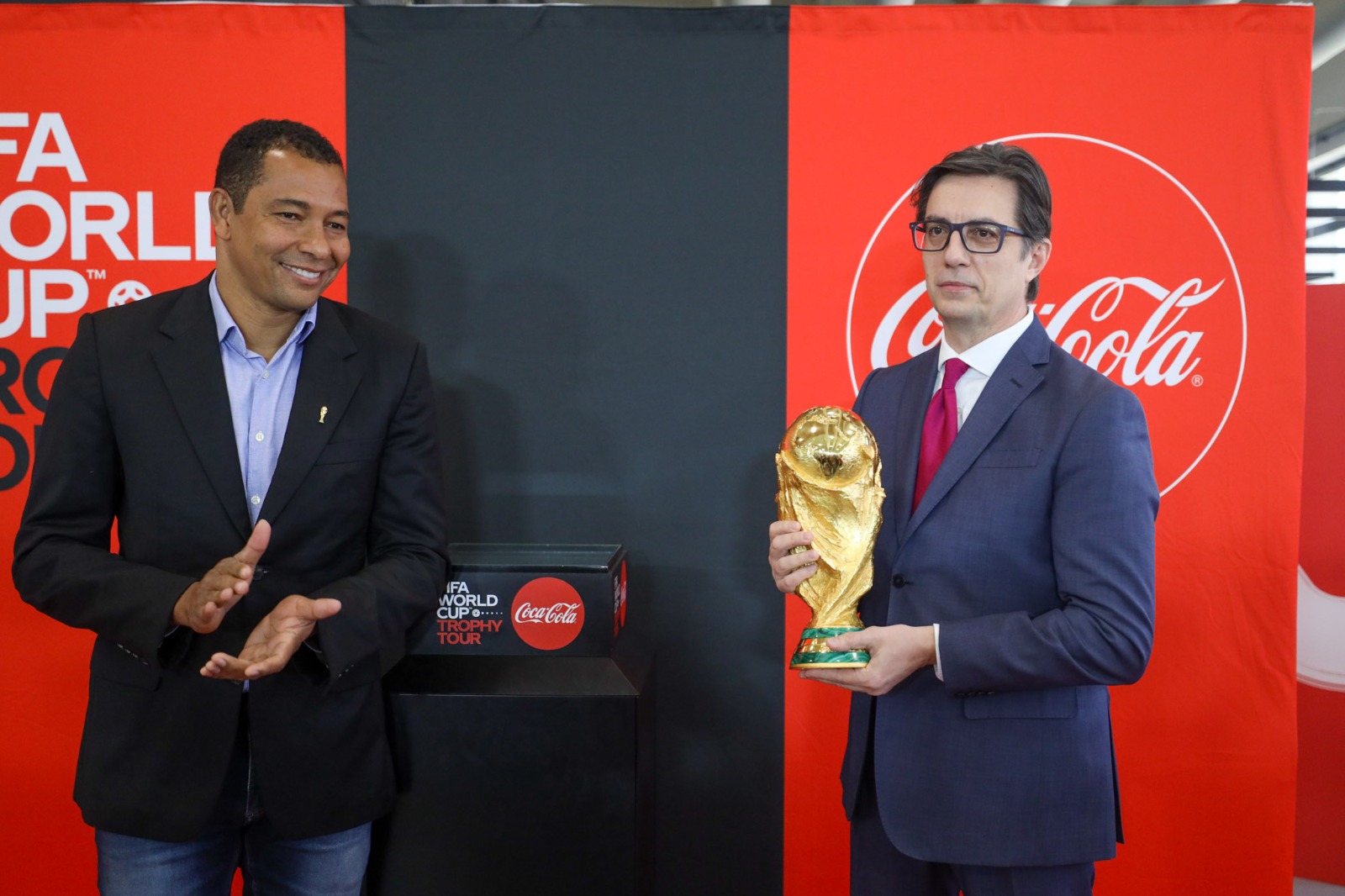 President Stevo Pendarovski addressed today the promotional event for the reception of the FIFA trophy, as part of the global tour ahead of the World Cup, which will be held from November 21 to December 18 this year in Qatar.

President Pendarovski thanked the organizers for the opportunity and honor North Macedonia to be one of the host countries of this important sports trophy.

“The pleasure is huge not only in the fans of football and sports, that one day in the near future, instead of the president holding this trophy in his hands, the captain of our national football team will lift it high and have it constantly in the premises of FFM”, President Pendarovski said.

North Macedonia is among 51 countries included in the promotional tour, which includes all 32 countries participating in the World Cup in Qatar.

President Pendarovski assessed as football history the arrival of the famous trophy among Macedonian fans and football lovers, in the presence of the Brazilian football legend Gilberto Silva.