Gjorgievska: With joint efforts to encourage and support scientific research activity among women 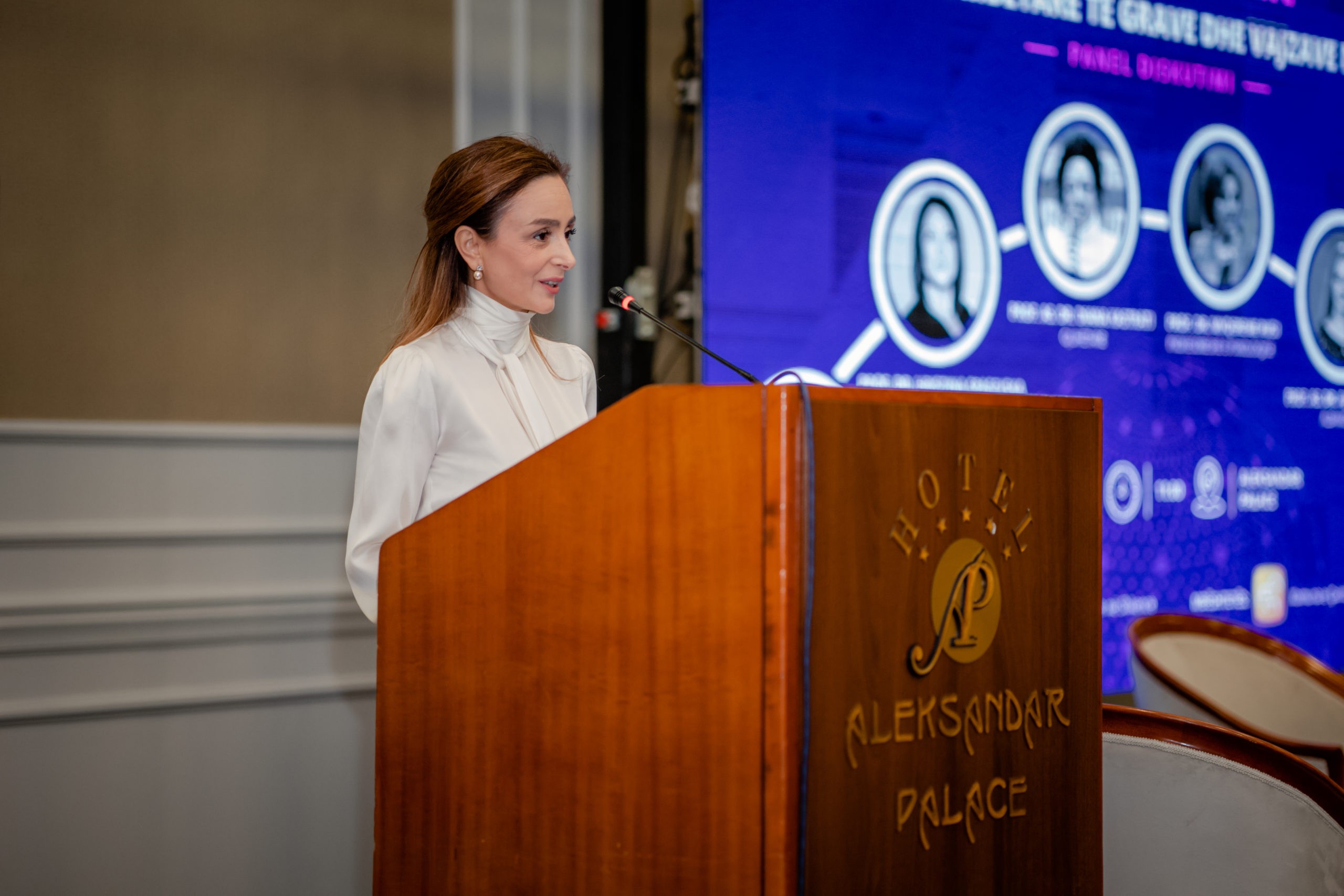 The Wife of the President of the Republic of North Macedonia, Elizabeta Gjorgievska, on the occasion of February 11 – International Day of Women and Girls in Science, addressed today the educational event aimed at raising public awareness in society about the importance of support and participation of women in science, as well as the promotion of women pioneers in the field of knowledge and science.

In her address, Gjorgievska referred to the historical achievements of women in science and research, pointing out Marie Sklodowska Curie, Irene Joliot Currie, Rosalind Franklin Cecilia Payne-Gaposchkin, Rachel Carson and their contribution to the development of science, eradication of diseases and improving life for millions of people in the world.

“In doing so, they changed not only the scientific but also the social paradigms of the place and role of women in education, research and science. Many of them faced stereotypes, prejudices and obstacles. They have paved the hard way for future generations of women to be more equally involved in the scientific pursuit of truth. We are all here today thanks to their unwavering belief in equality between women and men”, Gjorgievska said.

“The goal of this international day is to remove the remaining obstacles for more inclusive inclusion of women and girls in science. That is necessary if we really want to achieve the 2030 Agenda of the United Nations”, Gjorgievska said.

She said that the percentage of women researchers conducting research in STEM areas in North Macedonia is among the highest in Europe and that many scientific publications in the past year have been published by women, but that does not mean that all burning issues have been resolved and that equal opportunities exist in full.

“Although in 2018 globally 44% of PhDs were women, still, the share of women among researchers and professionals is significantly lower. Only 2% of the capital was invested in startups founded by women. In other words, although many women now have the opportunity to acquire a quality, top-notch education, they do not always have the opportunity to apply their knowledge and skills in specific scientific research and development projects and to progress equally in academia”, Gjorgievska said, adding that women in STEM areas are paid less than men, and that the Covid-19 pandemic has further widened the gap.

According to her, such disparity is an obstacle to the overall development and progress of societies but also a reason for the large shortage of professionals and researchers in key areas of digital technologies, which makes it necessary for more women to commit to these areas in the future.

“We need a long-term commitment. We must invest in an education system that offers equal opportunities for all, encourage girls to be part of science, and as a society provide mechanisms to support women in being part of more scientific research. Promote success stories and support young researchers who want to make individual progress in education and science. To initiate platforms, programs and incubators for women and girls researchers”, Gjorgievska said.

As part of the event, organized by the “Women in Science Network”, several panel discussions were held with the participation of women and girls involved in scientific research processes, as well as representatives of public and state institutions.

Gjorgievska praised the role and enthusiasm of the “Women in Science Network” and expressed confidence that with joint efforts from the state, academia and the business community, we can succeed and motivate the next generation of girls to dedicate themselves to science and give their best for the technological, economic and human development of society.