President Pendarovski on the celebration of the national holiday August 2, Ilinden – Republic Day in Krushevo 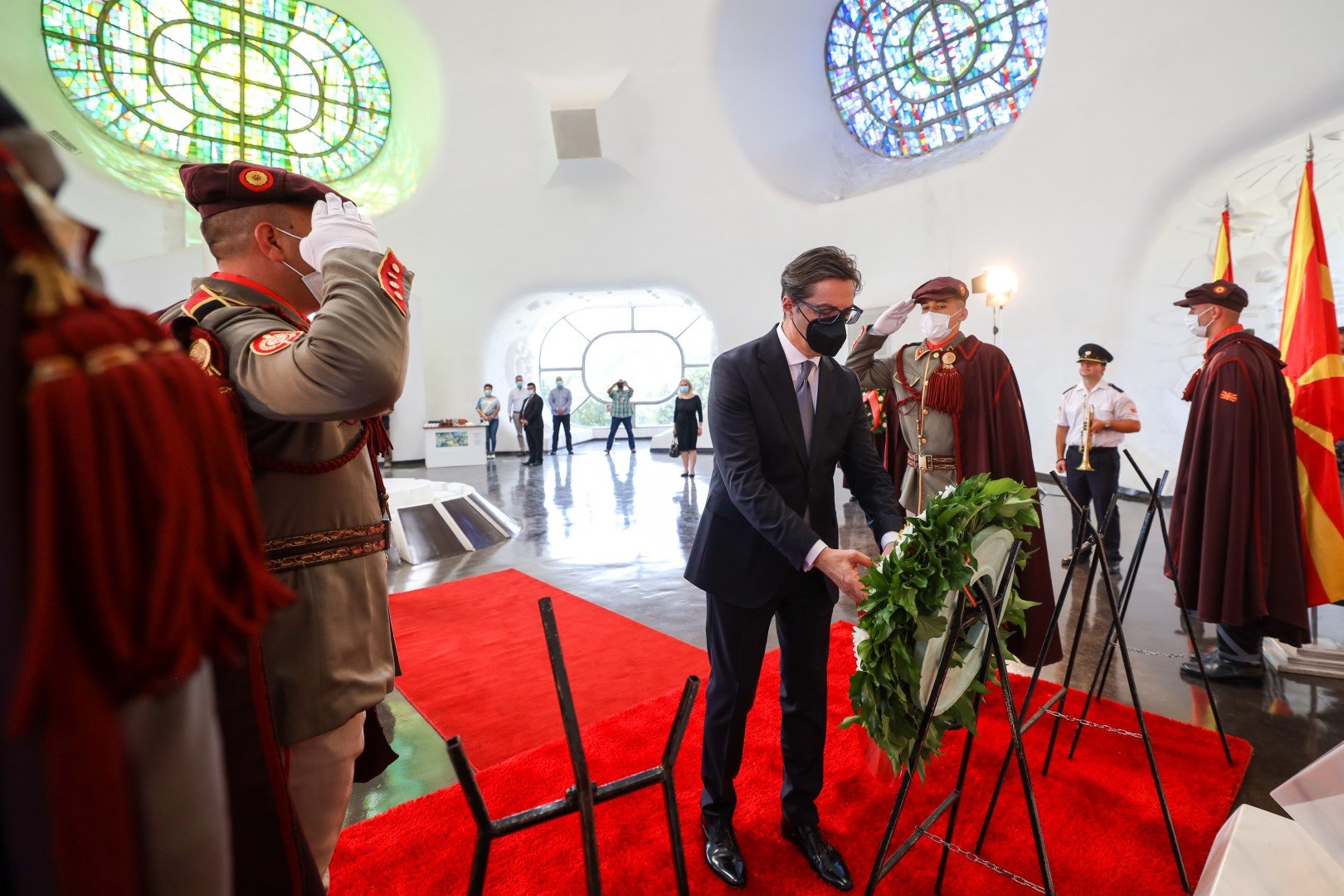 President Stevo Pendarovski, on the occasion of August 2, Ilinden – Republic Day, attended today the celebration of the national holiday in Krushevo.

In the church “St. Nikola”, President Pendarovski attended the memorial service for the fallen Ilinden fighters and laid fresh flowers at the eternal resting place of the first President of the Krushevo Republic, Nikola Karev, in the monument “Makedonium” in Gumenje, and in front of the monument complex, marking the 118th anniversary of Krushevo, a musical stage performance was held with the performance of songs from the repertoire of the Army Military Orchestra, as well as the performance of the military acrobatic exercise by the members of the Honor Battalion. President Pendarovski laid fresh flowers in front of the monument to the fallen fighters inf Sliva, the symbol of the self-sacrifice of the Macedonian insurgents in the defense of the Krushevo Republic.

This afternoon, starting at 18:00, President Pendarovski will attend the central ceremony on the occasion of the celebration of August 2, Ilinden – Republic Day at Meckin Kamen in Krushevo.