Central ceremony on the occasion of the celebration of August 2, Ilinden – Republic Day at Meckin Kamen 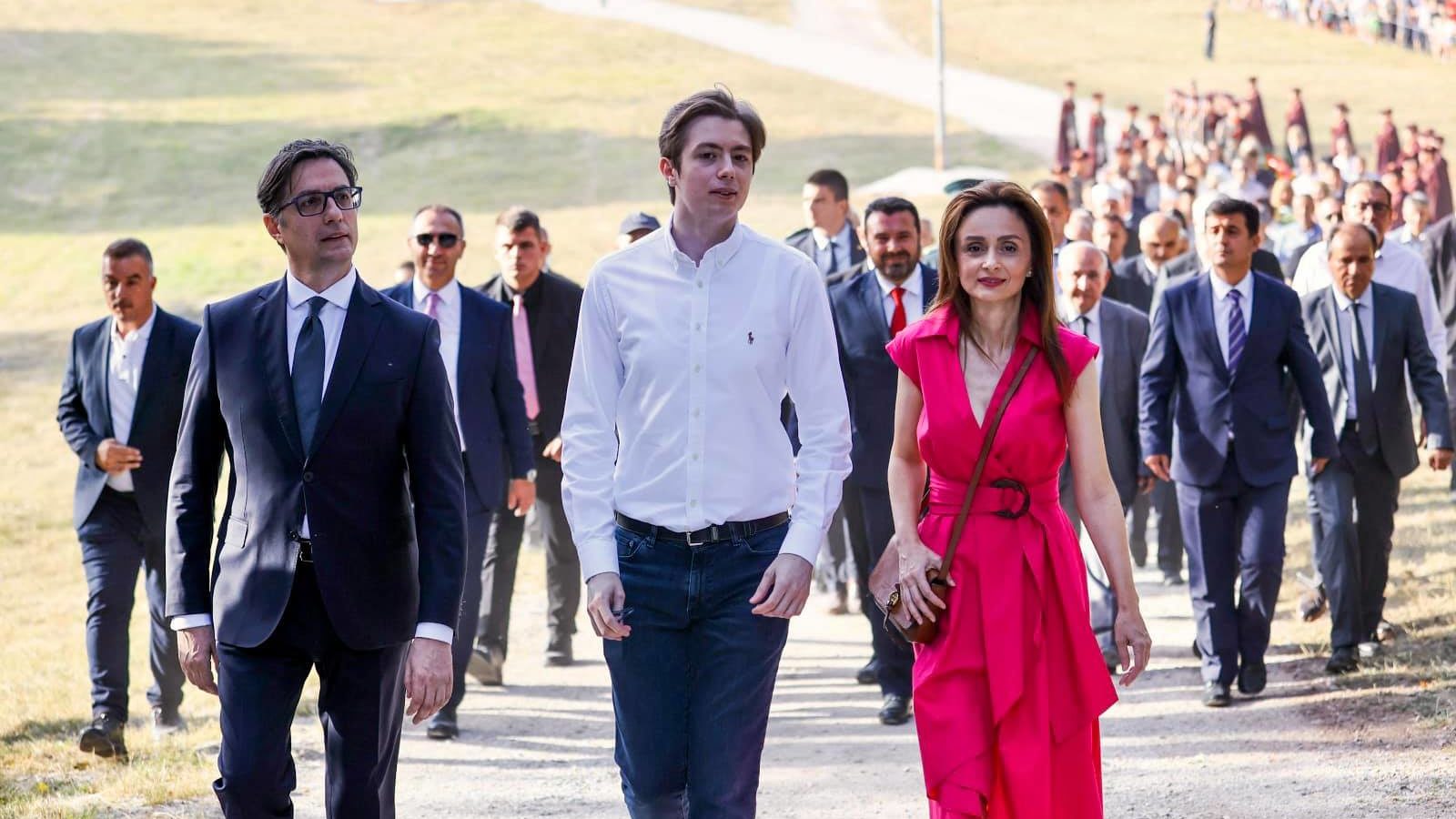 Yesterday, the central ceremony marking Ilinden on Meckin Kamen in Krushevo was in a shortened version due to the need to respond appropriately to the fire in Kocani.

The central ceremony began with the laying of fresh flowers by President Pendarovski and numerous delegations in front of the monument at Meckin Kamen, followed by a cultural and artistic program featured by the Ensemble for Macedonian Folk Dances and Songs “Tanec”, the Ensemble of Albanian Folk Dances and Songs in the Republic of North Macedonia, Vlatko Stefanovski and the Army Military Orchestra.

As part of the cultural and artistic program, the messages for Ilinden were conveyed by the actor Nikola Ristanovski.