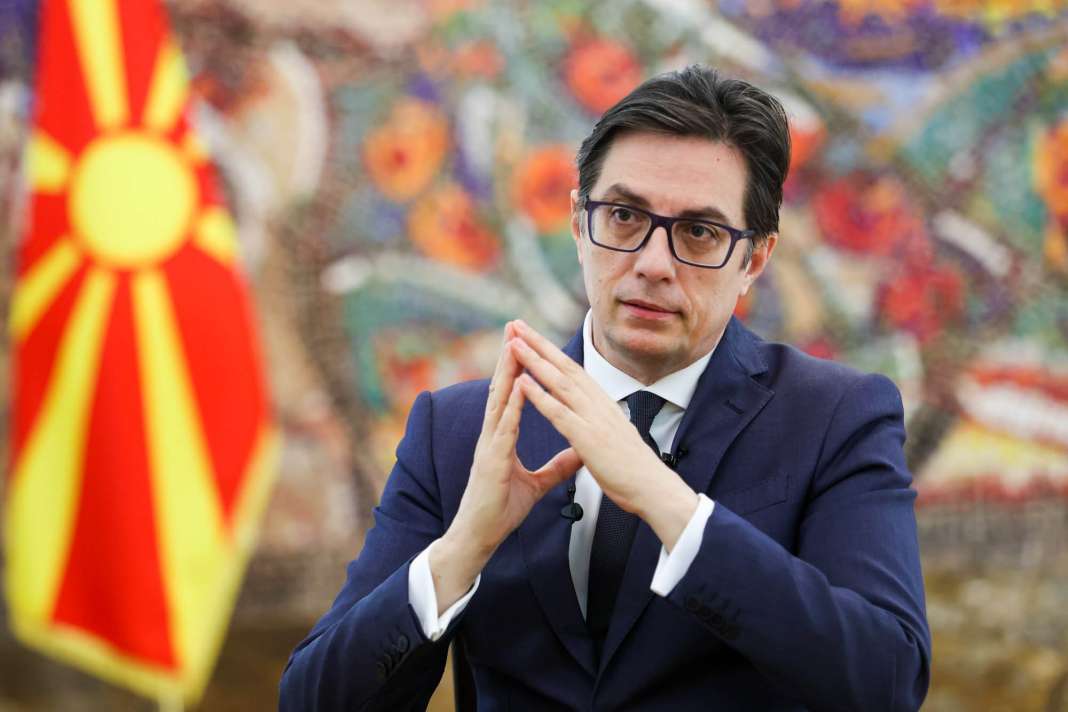 In the interview for “Nova Makedonija”, President Stevo Pendarovski speaks about the hybrid threats and disinformation, and the need to deal with them.

We are witnesses that the state and its institutions have repeatedly been the targets of sophisticated hybrid campaigns and attacks, especially during important political developments and processes. In your opinion, what is the impact of such threats and security challenges on the internal political processes, but also on the foreign policy, relations with neighbors and European integration, as well as on various spheres of social life in Macedonia, given that their goal is often undermining trust in the state and in international institutions?

Hybrid threats are perhaps the most serious challenge of the modern age in which we live; they are asymmetric, unconventional and have no specific territory and strict area of ​​action. They may be applicable to many types of attacks, from the disturbing of the security of institutions and the business sector, to the weakening of the defense systems. Disinformation, which is part of hybrid threats, is not a novelty in the 21st century, but, as a new tool of the hybrid set of measures, it is a serious threat to democracy and the stability of societies. Hybrid threats undermine trust in democracy, weaken the state institutions, create internal conflicts and tensions, can create problems between neighbors in a region, and undermine trust in the Euro-Atlantic values ​​advocated by NATO and the EU. The examples are numerous in every sphere. For example, during the pandemic, it was spread that NATO and the EU had not helped us deal with the pandemic, which is not true, as the country received significant financial support from our NATO and EU partners, as well as medical equipment and supplies. The purpose of this hybrid strategy was clear – by undermining trust in NATO and the EU, citizens could start thinking about some other alternatives, which would reportedly be much more willing to help us at any time.

How can the stabilization of political scene and processes, i.e. European integration and entry into international institutions, contribute to resilience and defense against hybrid threats and foreign propaganda in Macedonia? To what extent do regional political crises and developments, but also the situation related to Ukraine, which has a wider impact, make the region subject to hybrid threats and external propaganda?

Joining international institutions multiplies our resilience. Membership in international organizations allows us to use the capabilities of allies and deal with hybrid threats, which we could not deal with alone. Staying outside European institutions creates space for third parties to enter, interested in promoting values ​​contrary to European ones, which is not favorable for us in the long run.

As an equal member of NATO, we have full access to the Alliance’s most relevant information on hybrid threats. In your experience, how can Macedonia use NATO capabilities to strengthen its resistance and defense against hybrid threats?

NATO membership provided us with access to the Alliance’s shared resources and capabilities to deal with security threats, including hybrid threats. As part of this alliance, we have a great opportunity to become aware and informed about many things that we as a country alone would not have enough data or capacity to answer. Within the Alliance, we receive information from NATO, as well as bilaterally from the allies with whom we have strengthened cooperation.

There is a noticeable need to raise public awareness of Internet security and for greater mutual coordination of state institutions to create a unified response and legal framework, which will provide better protection against hybrid threats. What do you think can be done at national level to improve Internet security and educate the population, as well as institutions and companies? You have noticed well, it is necessary to significantly raise public awareness in the country about the seriousness of hybrid threats. In the last two years, it is noticeable that the topic is increasingly taking place in the public discourse, conferences and debates are organized, expert opinions are expressed and the institutions themselves, which are most affected by the topic, come up with views, recommendations and measures. But at the same time we have great potential to work on the topic and there are more things that can be done. National engagement by all institutions is needed to strengthen cyber-security capacity, joint planning and investment in resources to deal with hybrid threats. Given the daily exposure to the Internet, and in terms of strengthening skills, I would mention here as a target group young people and in that regard we should pay more attention to educational content, which would develop resilience in students, as well as various regulations and mechanisms for self-regulation of the media community, which would reduce the impact and danger of hybrid threats.

All previous research on this topic proves that disinformation is usually not naive and accidental, but is product of a planned organized approach to a particular topic. The intentions are usually, in the long run and systematically, to manipulate the public by placing disinformation, half-truths, twisted facts or completely fabricated news, with the ultimate goal, to serve the interests and goals of certain state and non-state entities, which have their own specific agendas. The awareness of the danger is a starting point for dealing with hybrid threats. We need to be aware of the seriousness of these threats, to strengthen our capacities through joint work of state institutions, academia, civil society and business sector, because the target of the threats can be all of us, and we need a joint response.

Is Macedonia now exposed to greater impact and risk of hybrid threats after the start of the conflict in Ukraine and what can be done within the existing state mechanisms, as well as in cooperation with international institutions, for defense, i.e. prevention of such threats?

The state position of North Macedonia is clear, we condemned the Russian aggression against Ukraine and joined the positions of the Alliance as a member of NATO and the package of restrictive measures of the European Union aimed at Russia. With the escalation of the situation in Ukraine and the invasion of Russia, the topic has covered almost the entire media space. There is a huge volume of disinformation, which further contributes to polarization of society. Therefore, it is especially important that all information received through the media, especially those available online and on social networks, be checked, that credible sources of information are used, and that citizens do not succumb to news aimed at provocations. We, through the Security Council, appealed to all political actors to act responsibly and refrain from inflammatory speech and spreading disinformation, which is contrary to the national interests of the country, given that we are a member of NATO. There are several mechanisms for dealing with hybrid threats and disinformation, and the help and tools of the Alliance are available to us as well. When necessary, depending on the estimates, we use NATO support.