President Pendarovski meets with Karen Donfried, US Assistant Secretary of State for European and Eurasian Affairs 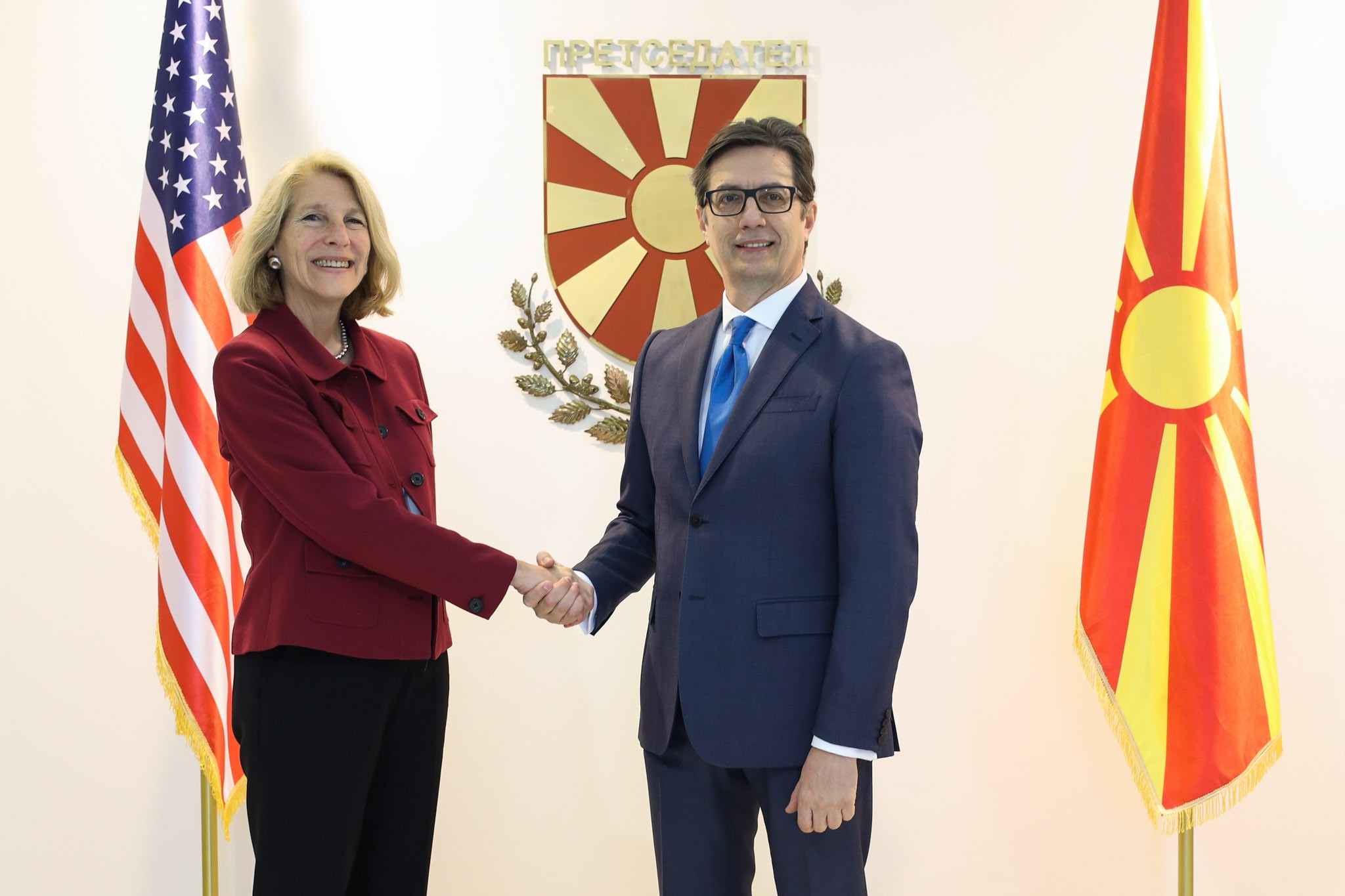 President Pendarovski pointed out that Donfried’s visit to the Western Balkans is a confirmation of the strong US support for regional stability and the importance of further consolidation of the democratic processes in the region.

The President also stressed that North Macedonia is ready to contribute to the further development of bilateral relations and the strengthening of the strategic partnership with the United States. We remain firmly committed to implementing reforms to fight organized crime and corruption, and in that regard we particularly appreciate US support, President Pendarovski added. He hailed the bilateral strategic dialogue with the United States as a positive impetus in bilateral relations to advance cooperation in the fields of defense, security, rule of law, economy, energy and climate change.

The interlocutors also discussed the political dynamics and economic situation in Europe, caused by the Russian invasion of Ukraine, with President Pendarovski emphasizing the measures taken by North Macedonia as a NATO member and reaffirming the position for full compliance with the common foreign policy and EU security policy.

Referring to the security developments and the consequences for the Balkans, the President warned of the importance of unblocking the Macedonian European integration and finding a constructive solution to the misunderstandings with Bulgaria.

Given the current developments in Ukraine and the European continent, the President added that it is necessary for EU membership negotiations to begin as soon as possible, due to the risk of undermining support for European integration and slowing down the pace of reform processes such as rule of law, reforms in judiciary and the fight against corruption.