President Pendarovski meets with the Minister of Interior of Italy, Lucana Lamorgeze 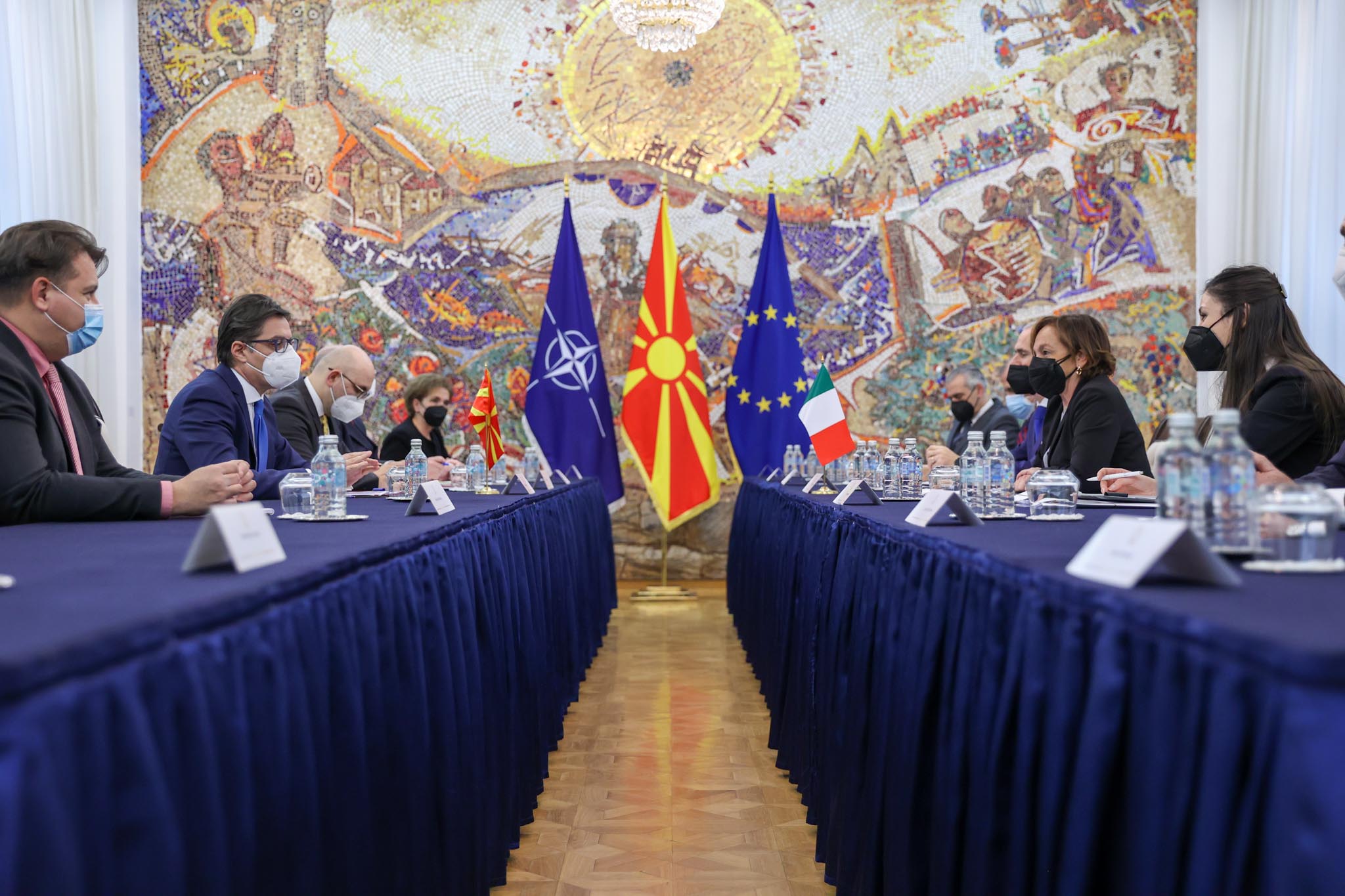 President Stevo Pendarovski received today Lucana Lamorgeze, Minister of Interior of the Italian Republic, who is paying a visit to the Republic of North Macedonia on the occasion of participating in the 22nd meeting of the Committee of Ministers of the Convention on Police Cooperation in Southeast Europe.

At the meeting, satisfaction was expressed with the traditionally good and friendly bilateral relations, of the active political dialogue at a high and highest level.

President Pendarovski welcomed the excellent cooperation between the two Ministries of Interior, and expressed hope for its further intensification through joint trainings, courses and exchange of experiences, especially in the field of fight against organized crime and high-level corruption, as well as the fight against illegal migration.

In the context of our country’s aspirations for membership in the European Union, President Pendarovski thanked for the strong, loud and constant support from Italy for the European integration process and expressed hope that the efforts of the Republic of North Macedonia will be properly recognized by opening accession negotiations.

President Pendarovski expressed gratitude for the announced donation from Italy of 256,000 doses of the Pfizer/BioTech vaccine through the COVAX mechanism in December.