Lecture by President Pendarovski at the second NATO Academy 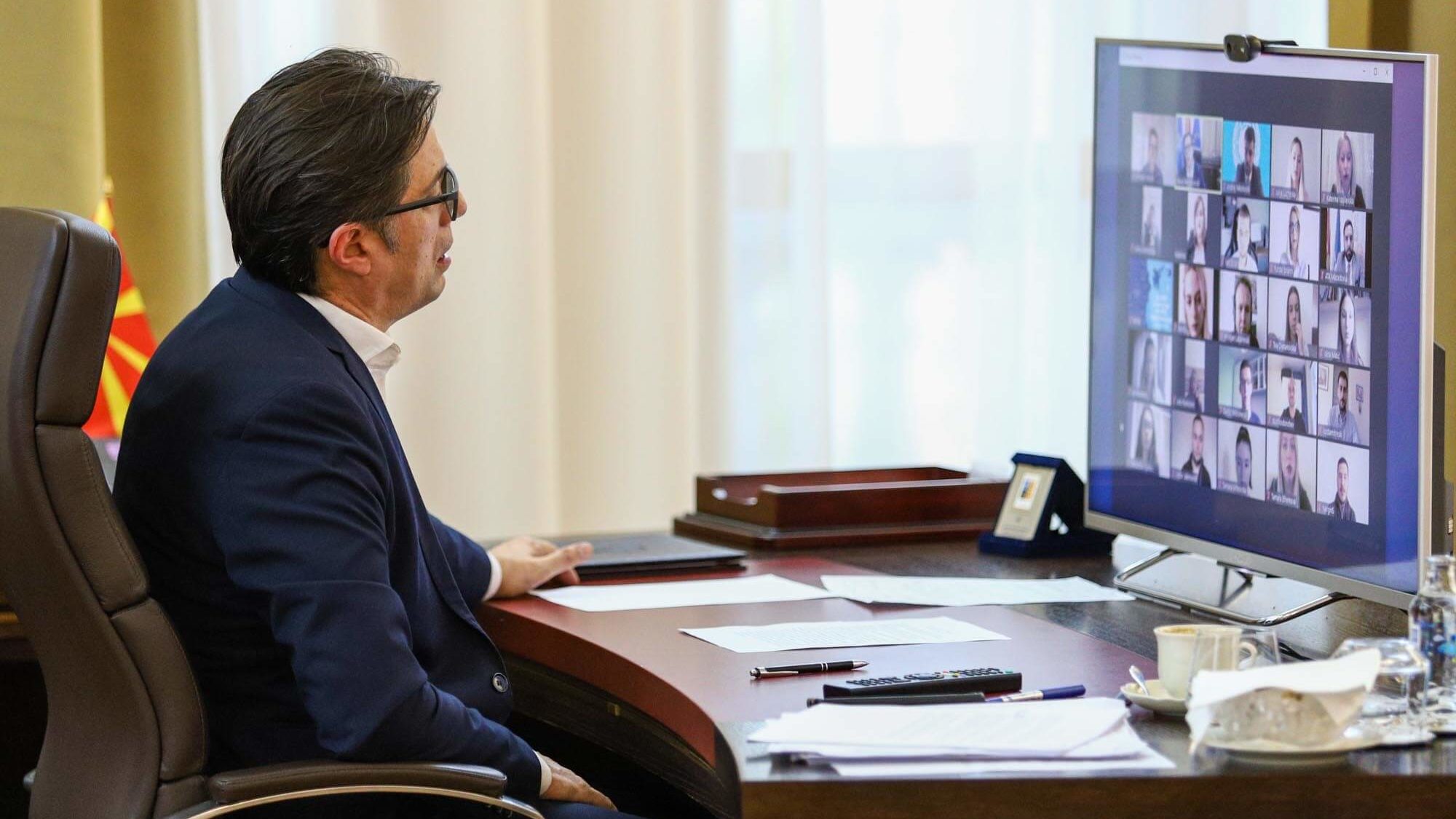 President Stevo Pendarovski held an introductory lecture today at the second NATO Academy organized by the Euro-Atlantic Council of Macedonia.

Pointing to the fact that the country is formally a member of NATO since March this year, President Pendarovski said that as a country we will significantly strengthen our presence in the military and civilian part of the Alliance headquarters in Brussels. In this regard, as President Pendarovski said, the country’s Ambassador to the Alliance will leave for NATO next week.

Regarding the reforms in our Army, as President Pendarovski underlined, “they continue, having in mind that as new members of the largest political-military alliance we are obliged to implement them. And we are constantly monitored for the implementation dynamics”. At the same time, as President Pendarovski added, “we are committed to allocate 2% of GDP for the Army from 2024”.

Referring to the participation of Army members in NATO peacekeeping missions, President Pendarovski noted that 44 soldiers and officers recently left for the KFOR mission in Kosovo.

“Participation in this particular mission is particularly important for regional stability and security. I believe that with our decent participation, as a new NATO member, we will contribute to achieving this goal. Because the ultimate goal of the KFOR mission in Kosovo is precisely the stability of the entire region”, President Pendarovski underlined.

In his lecture, President Pendarovski referred to the role of the NATO Alliance in preventing or reducing the consequences of the so-called Hybrid threats, which are the latest form of security threats.