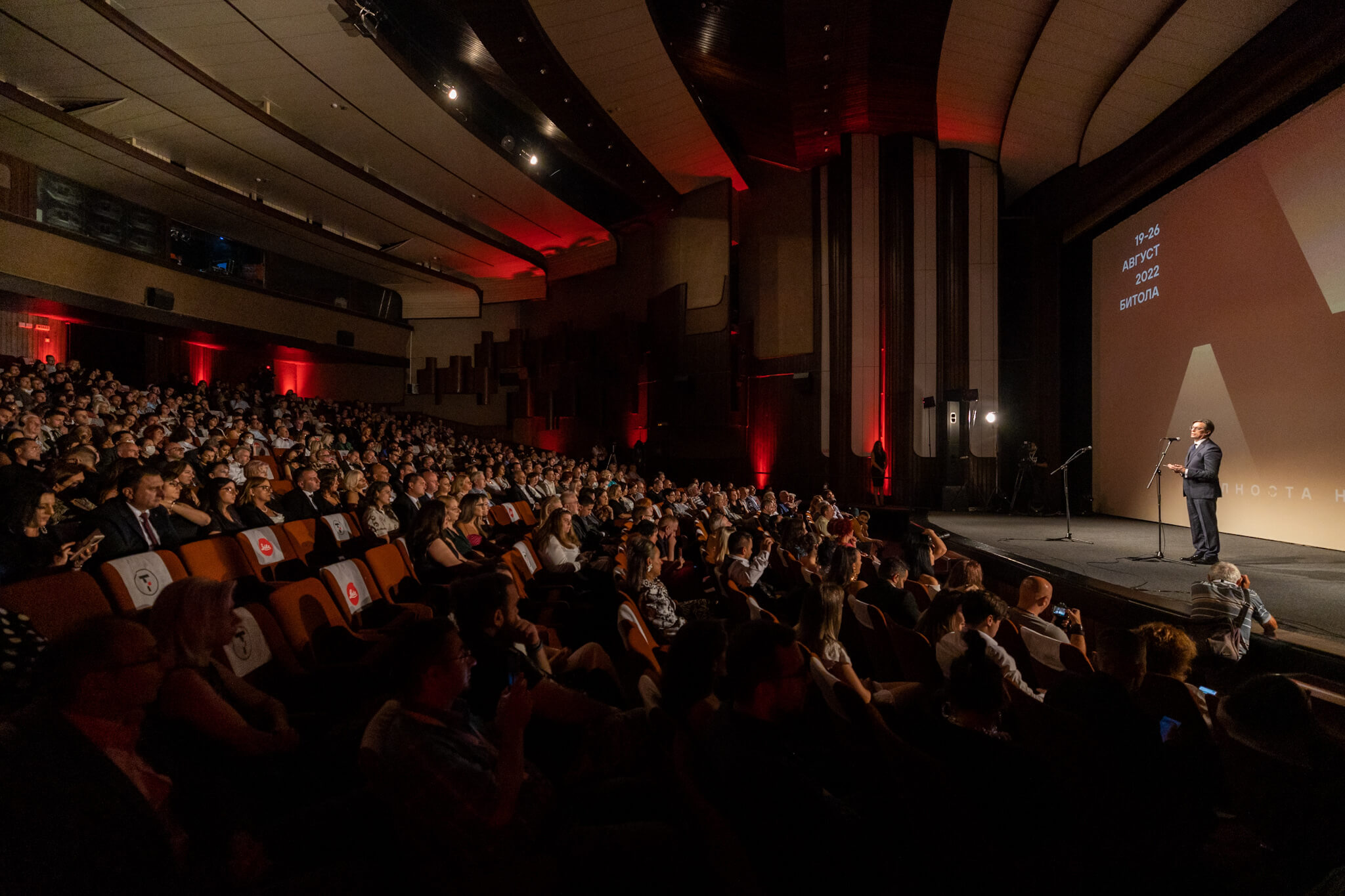 As patron of this significant event, President Pendarovski emphasized that if the basic mission of the film is to be in controversy with the world and its anomalies, then the film festival’s events should be the core of progressiveness both in aesthetic and wider social sense, and the cinematographers’ film festival “Manaki Brothers”, with its rich feature and documentary program, confirms this year as well that it is exactly such a core in which, in continuity, all important currents of contemporary cinematographic practices are perceived.

“As we know from the very beginnings of film art and from the work of the Manaki brothers, film artists have the right and responsibility to stand up for their autonomy and to have the freedom to speak about what kind of world they want”, President Pendarovski said.

Below is the full text of President Pendarovski’s address.

Our unique festival, under this year’s motto “Reality is not enough!” points to many a sign standing on the side of the life paths we have been following as people throughout history, but especially us here, in these past decades of transition.

On one hand, the public is exposed to the predominantly presented so-called generally accepted truths and facts that we refer to as reality, or in other words, what life offers us in the form of one-dimensional everyday life.

On the other hand, is that very same reality, but interpreted through the sensibility of art and the camera lens, adding new perspectives in our lives, thoughts and feelings, and our interactions within the community. Both these visions of reality go hand in hand and their complementarity is perhaps the only chance to understand the world around us and understand ourselves in that world.

As Brecht once noted: “Art is not a mirror held up to reality, but a hammer with which we critically shape what is not explicitly visible in reality and what, quite often, social and political dimensions tend to hide”. Film is the voice of the complex meanings of reality because it speaks both in the name of utopia and dystopia. And art in itself is an act of bravery because its aim is not to reproduce reality, but to face us with it.

If the fundamental role of film is to be in polemic with the world and its anomalies, then film festivals should be the core of progressiveness both in terms of aesthetics and in a wider social sense – and our Festival of Film Camera “Manaki Brothers” with its rich movie and documentary programme confirms again this year that it is such a core – one which reflects in continuity all the important trends of modern cinematographic practices.

As we have learned from the very beginning of film art and from the work of the Manaki Brothers, film artists have the right and responsibility to stand in defense of their autonomy and to have the freedom to speak about the world they wish to live in.

In this context, I believe that the words of the great Austrian director Michael Haneke deserve our attention. Allow me to share one of his quotes with you. Haneke said: “I choose to create a certain mistrust, rather than claiming that what I’m showing onscreen is an accurate reproduction of reality. I want people to question what is imposed as truth and reality… In this way, I provide a possibility for the spectator to feel compelled to create possible realities as opposed to that one given reality in the so-called real world. The public is always a co-author of a movie, and therefore of reality. I believe that the layers of reality interpreted and offered in films are more relevant than what has been imposed to us by social dynamics as being the truth.”

I wish you all success and pleasant, positive energy during this festival week in Bitola.