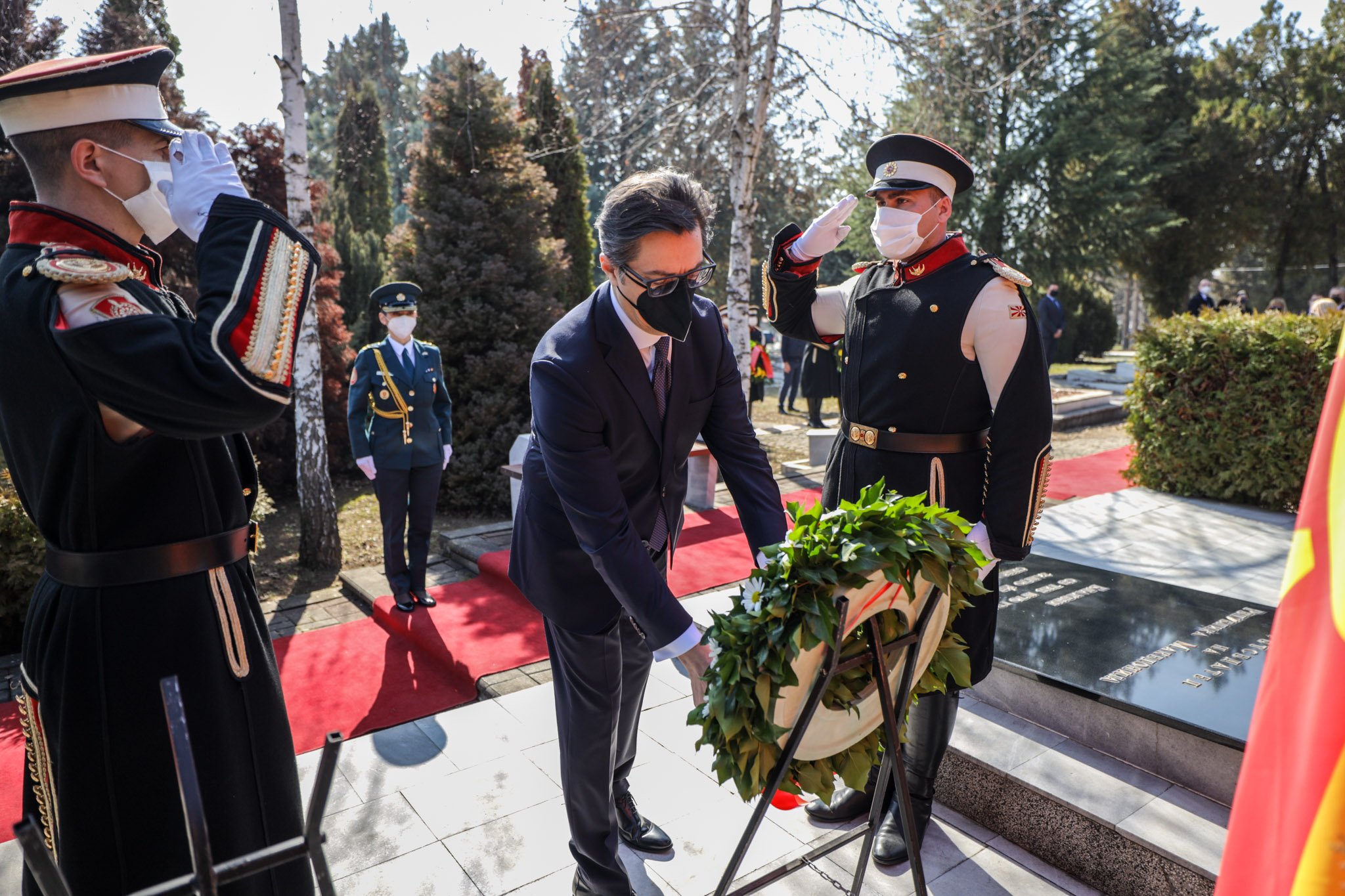 President Stevo Pendarovski laid fresh flowers today at the grave of President Boris Trajkovski in the Alley of the Great Men at the Butel City Cemetery in Skopje, marking the 17th anniversary of Trajkovski’s death in Rotimlje, near Mostar, Bosnia and Herzegovina.

Delegations of the Cabinet of the President today laid fresh flowers in front of the memorial at the site of the accident in Rotimlje and at the eternal resting place of Anita Krishan Lozanovska at the cemetery in Veles.

At the same time, we would like to inform you that the Government has accepted the initiative of President Stevo Pendarovski to amend the Law on Decorations and Recognitions of the Republic of Macedonia and introduce two new decorations in the Republic of North Macedonia: “Kiro Gligorov” Order and “Boris Trajkovski” Order. The competent ministries have 60 days to prepare the legal amendments.

The initiative of President Pendarovski to introduce decorations of the highest order are dedicated to the former President Kiro Gligorov and the late President Boris Trajkovski, who, with their work and activity, in extremely difficult and sensitive moments in our country, left an indelible mark. The “Kiro Gligorov” Order and the “Boris Trajkovski” Order will be awarded for peace and multicultural society.