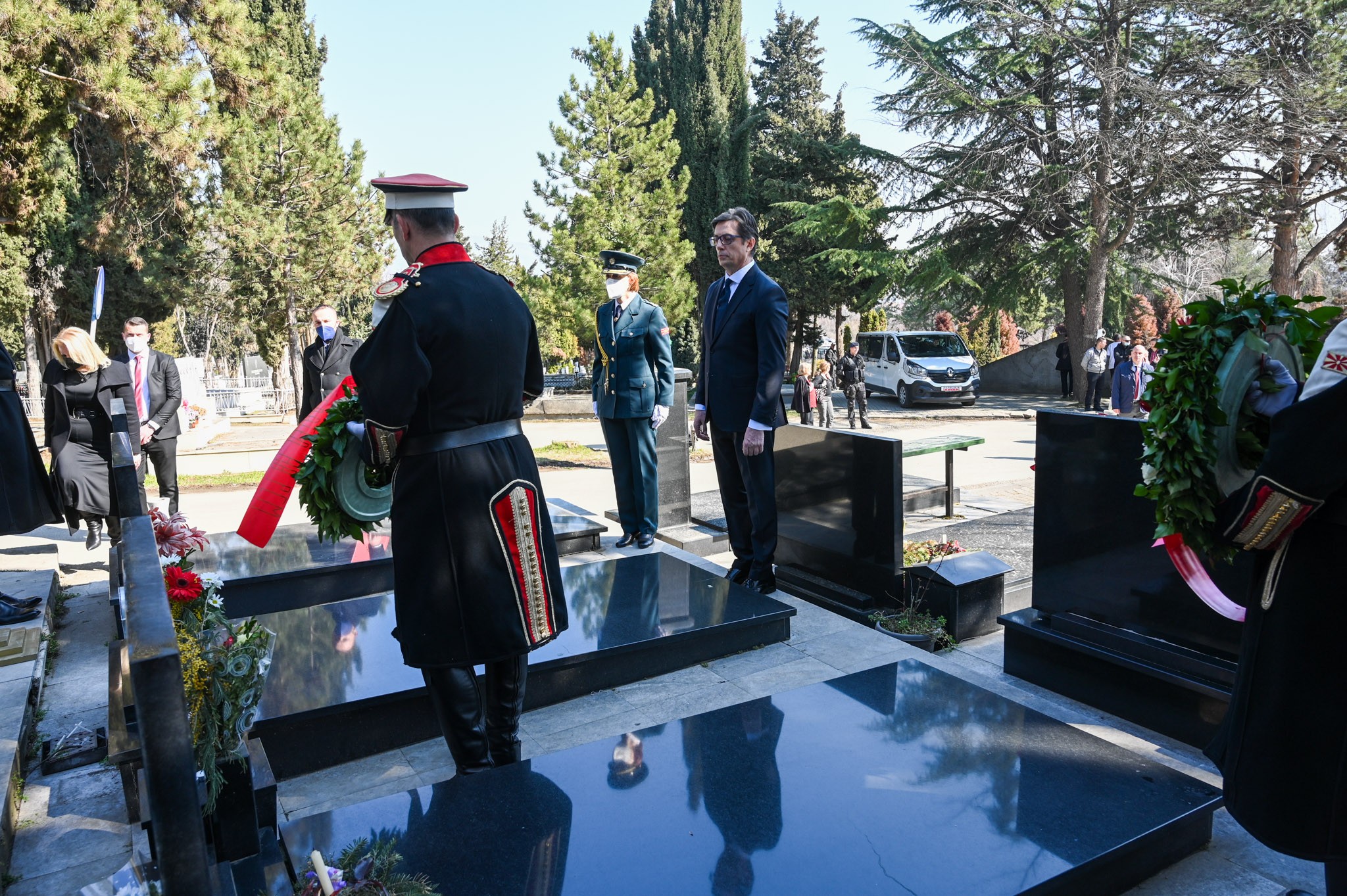 President Stevo Pendarovski laid fresh flowers today at the grave of President Boris Trajkovski in the Alley of the Great Men at the Butel City Cemetery in Skopje, marking the 18th anniversary of the death of President Trajkovski near Mostar, Bosnia and Herzegovina.

A delegation, consisted of representatives of the Cabinet of the President, of the Assembly and the Government of the Republic of North Macedonia, laid fresh flowers in front of the memorial at the site of the accident in Rotimlje, Bosnia and Herzegovina.

A delegation of the Cabinet of the President also laid fresh flowers today at the eternal resting place of Anita Krishan Lozanovska at the cemetery in Veles.