Meeting of President Pendarovski with the ICT Chamber of Commerce (MASIT) 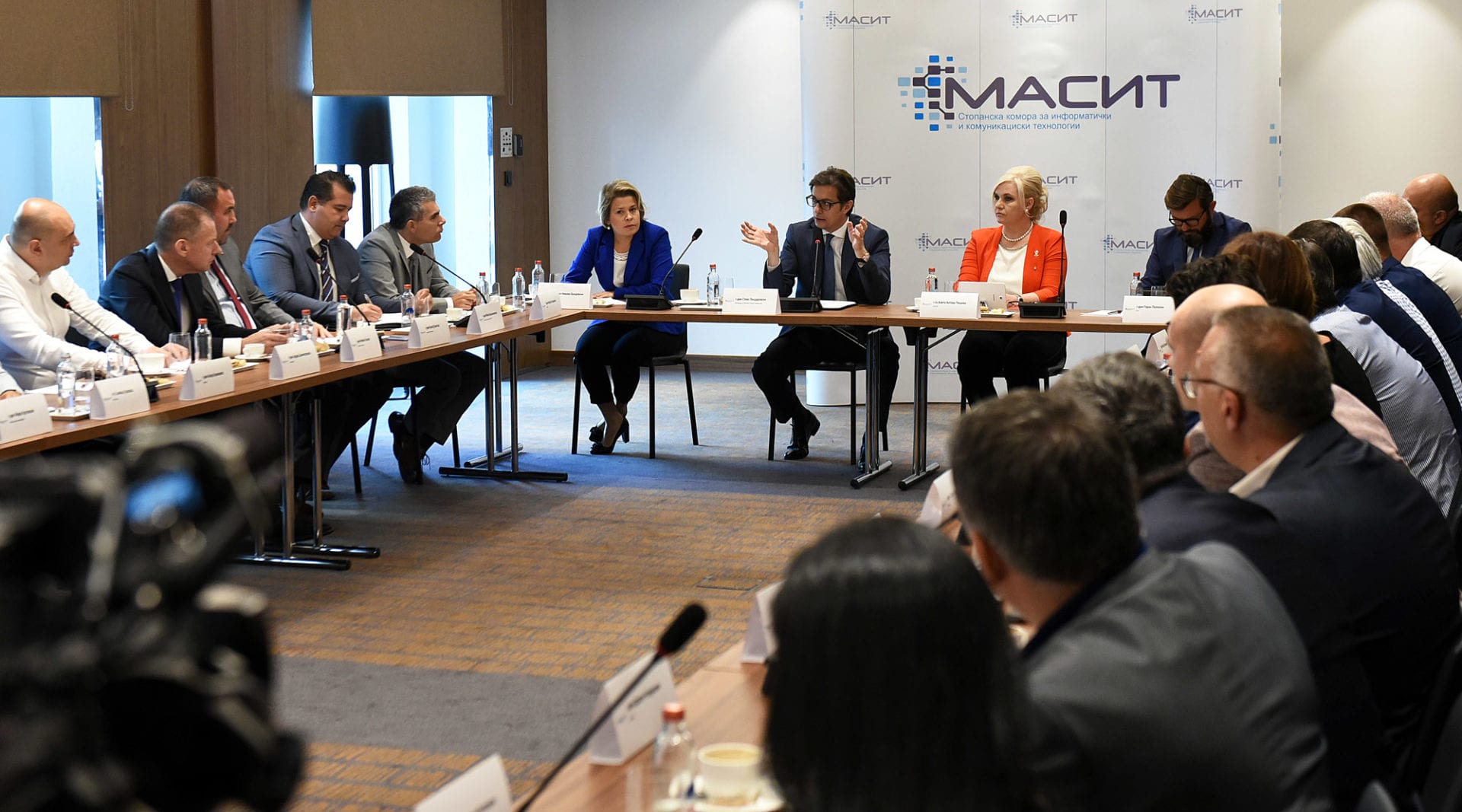 The President of the Republic of North Macedonia, Stevo Pendarovski, met today with the leadership of the ICT Chamber of Commerce for (MASIT).

At the meeting, President Pendarovski was informed of MASIT’s ongoing activities, as a chamber of commerce that brings together companies from all ICT sectors, as well as their commitment to the growth of the ICT business in North Macedonia, making it recognizable, aimed at making the ICT industry stronger, more organized and progressive.

At his fourth meeting with chambers of commerce, President Pendarovski pointed to the need for business representatives to participate in his visits outside North Macedonia, and to organize business forums or direct communication when visiting foreign statesmen aimed at networking and considering opportunities for cooperation.

The President stressed the need for North Macedonia to connect with the world, as he expects contribution from the ICT industry. As important precondition thereto, he pointed to the need for a stable political situation, which he said has been moving in the right direction in recent years.

“For the country to be prosperous, we must have a stable political situation. In recent years, we have been on the right road to political stabilization, with accelerated pace towards NATO integration. Country’s future NATO membership will have positive implications on the development of the economy and entry of foreign investment. For the European Union, we expect a date for the start of the negotiations, but I want to stress that you must be involved in the accession negotiations, at least in half of the chapters”, President Pendarovski said.

President Pendarovski said that he would not sign any law which would be negatively assessed by the Chamber.

He informed that the former People’s Office in center of Skopje will be used for the project “Youth Hub – Digital Youth”, supported by the British Embassy, ​​National Youth Council and MASIT.

“With the support of this program, I hope that we will create a motivating environment and that young people in our country will also have a chance of success”, President Pendarovski said.

He informed the present that, at the initiative of the Cabinet of the President, a team of practitioners will work on the creation of a strategic document “North Macedonia 2030”, which will aim to set the priorities for the development of the economy in the next decade.