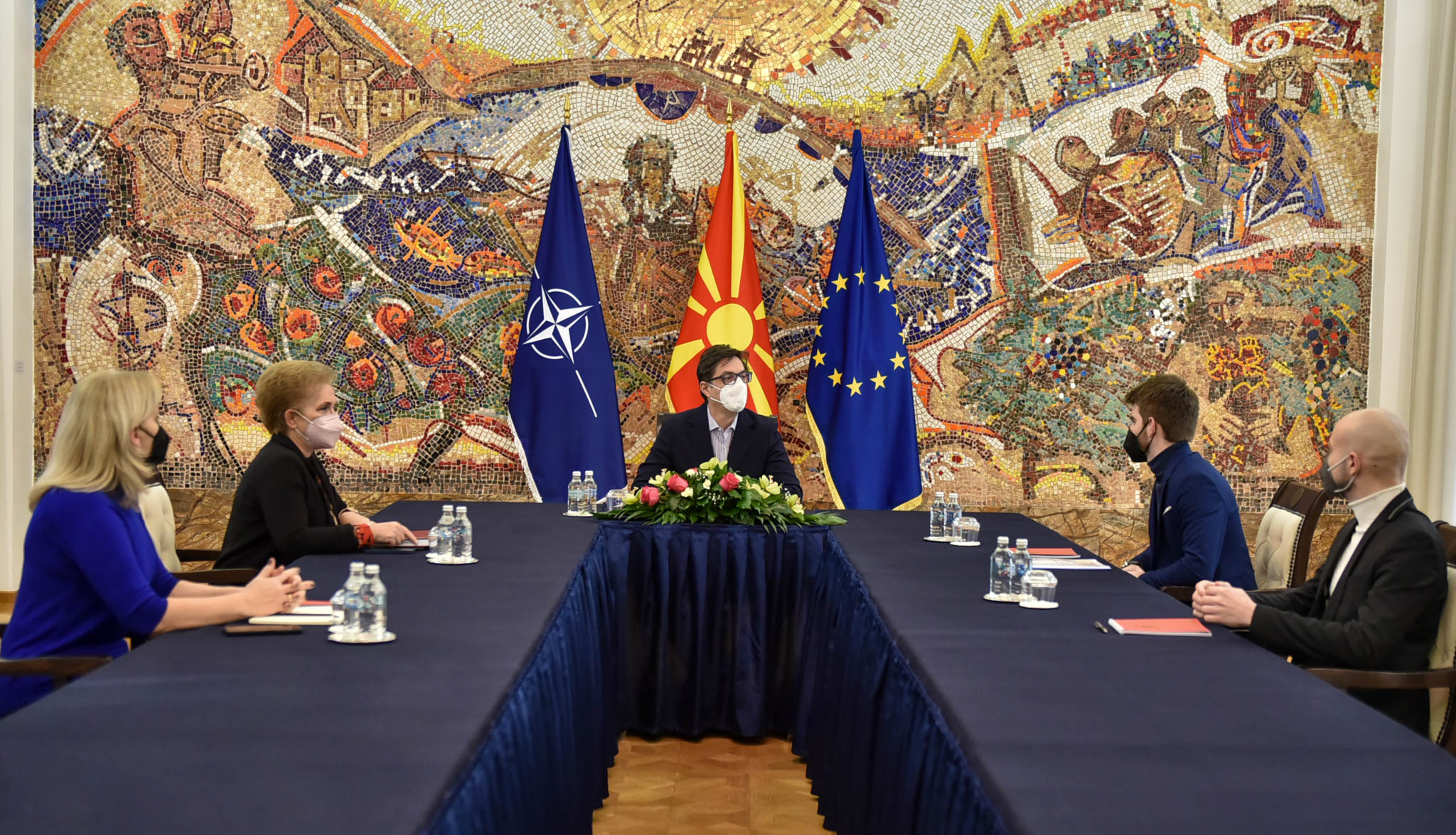 President Stevo Pendarovski met today with representatives of the Macedonian Medical Student Association – MMSA and was informed about the 71st General Assembly of the International Federation of Medical Students Associations – IFMSA, which will be held from 1 to 7 March 2022 in Ohrid.

The representatives of MMSA, expressing their gratitude for President Pendarovski’s support, informed about the importance and significance of holding this event and introduced the President with the goals and ideas, as well as with the achievements of their organization so far.

President Pendarovski wished successful organization and implementation of the biggest medical student event to be held in our country and said that such events discussing global health priorities are more than necessary and useful for preparation, as well as for direct involvement of students in creating and implementing world health policies.

With the support of President Pendarovski, MMSA received the candidacy to host the General Assembly of IFMSA, which will be held under the motto: “Survive. Progress. Transform. Building better conditions for vulnerable women and adolescents”.

MMSA is the oldest student organization at the medical faculty comprising of students and young doctors, which has been successfully implementing numerous projects for 75 years. It is a member of the International Federation of Medical Student Associations – IFMSA, which is a subsidiary of the World Health Organization and holds general assembly meetings in March and August each year with an attendance of approximately 1,000 students from over 130 countries.