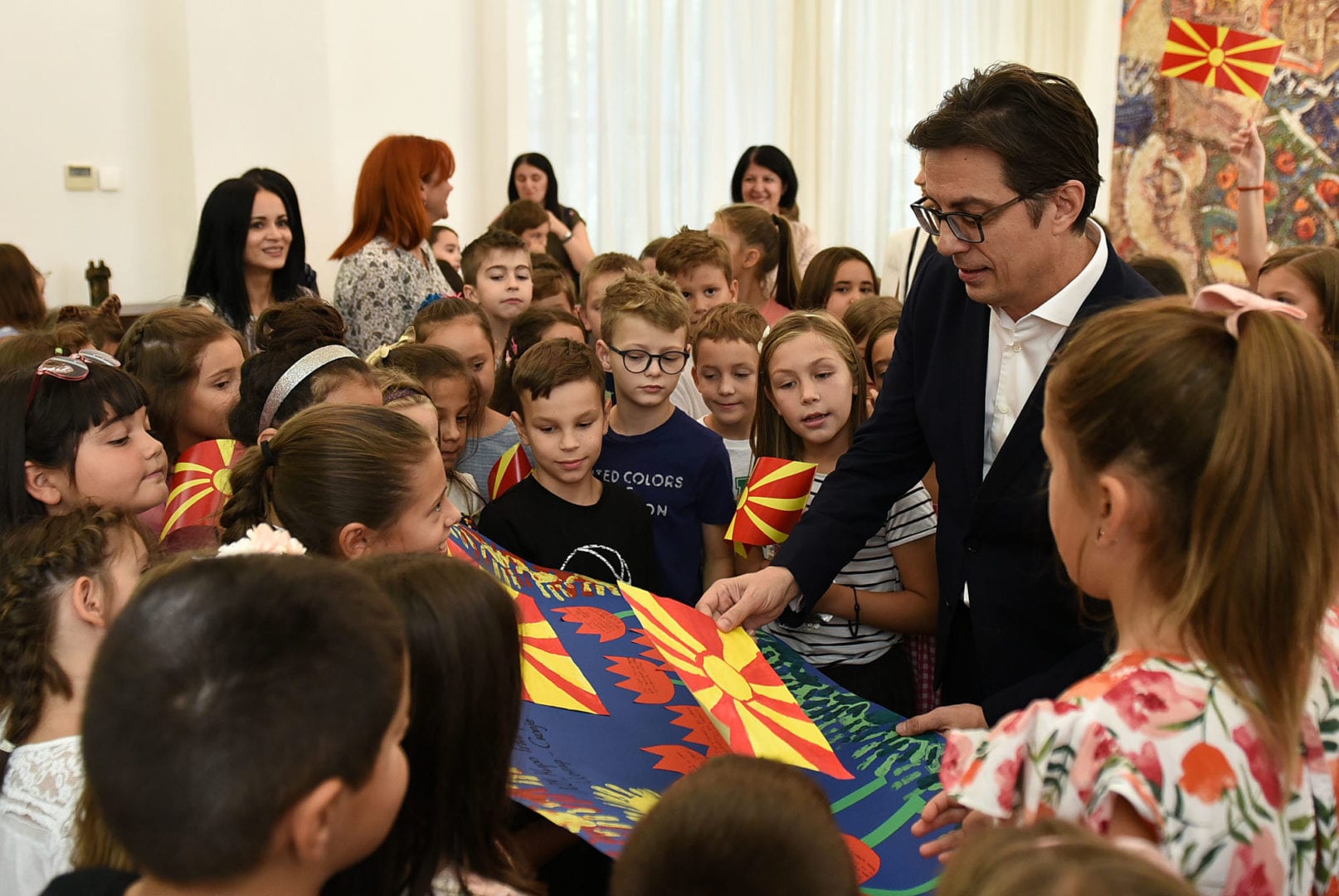 During the visit to the Cabinet, the students had the opportunity to meet and talk with President Pendarovski in person, to visit the official meeting rooms, and the halls where events and press conferences are organized. The students also met some of the staff of the Cabinet and were informed about the functioning of this institution.

During today’s visit, the students from the Primary School “Kiro Gligorov” had the opportunity to attend the ceremony of changing the national flag in the Cabinet of the President of the Republic of North Macedonia by the members of the Honor and Service Battalion of the Army, which is aimed at raising the feeling and respect for the flag of the Republic of North Macedonia, as a symbol of the statehood of our country.

Today’s event announces a regular practice of greater openness of the President’s Cabinet. All interested citizens and organizations will be able to communicate directly with President Pendarovski, share ideas and suggestions and participate in public events organized in the Cabinet by prior applying on the President’s official website.