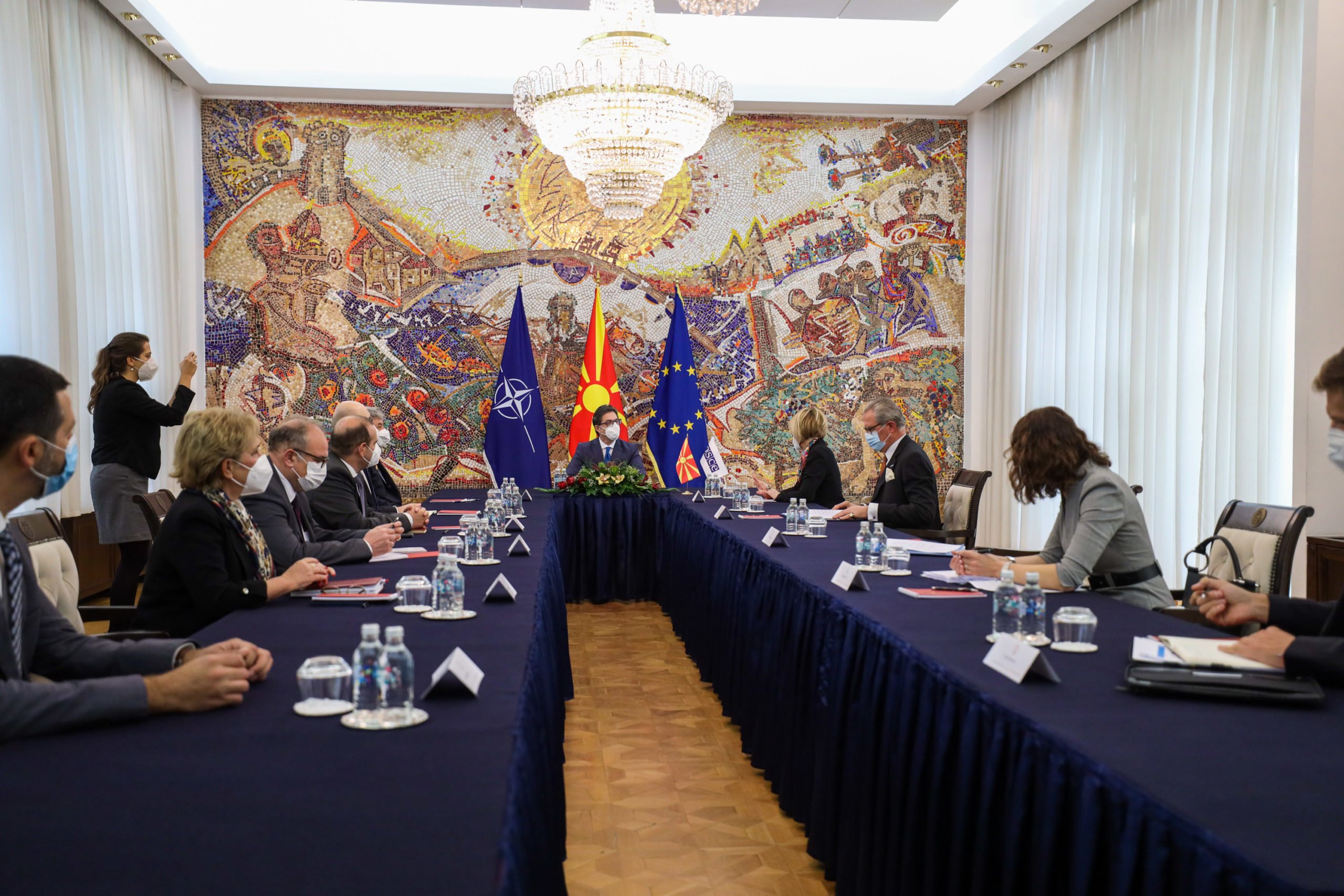 The meeting focused on the overall cooperation with the organization, as well as the preparations for the chairmanship of the Republic of North Macedonia with the OSCE in 2023.

At the meeting, President Pendarovski stressed that our country highly appreciates the long-standing cooperation and dialogue with the OSCE and pointed out the significant contribution of the OSCE Mission to Skopje in supporting the reform process, in view of the overall progress of the country and fulfilling its European aspirations.

At the meeting, President Pendarovski said that the OSCE expertise in judicial reform, fight against corruption, good governance, as well as electoral reforms in line with the recommendations and European standards is important for the Republic of North Macedonia.

President Pendarovski thanked the OSCE/ODIHR for its ongoing engagement in the 2021 local elections and expressed confidence that the mission’s findings and conclusions would serve to further advance the electoral process.

At the meeting, President Pendarovski and Secretary General Schmid exchanged views on the preparations for the chairmanship of the Republic of North Macedonia with the OSCE in 2023.

In that context, President Pendarovski stressed the readiness of the Republic of North Macedonia to provide an active contribution to the promotion of the values and commitments of the OSCE and expressed expectation that the chairmanship will contribute to visible promotion of our country as an active multilateral actor. 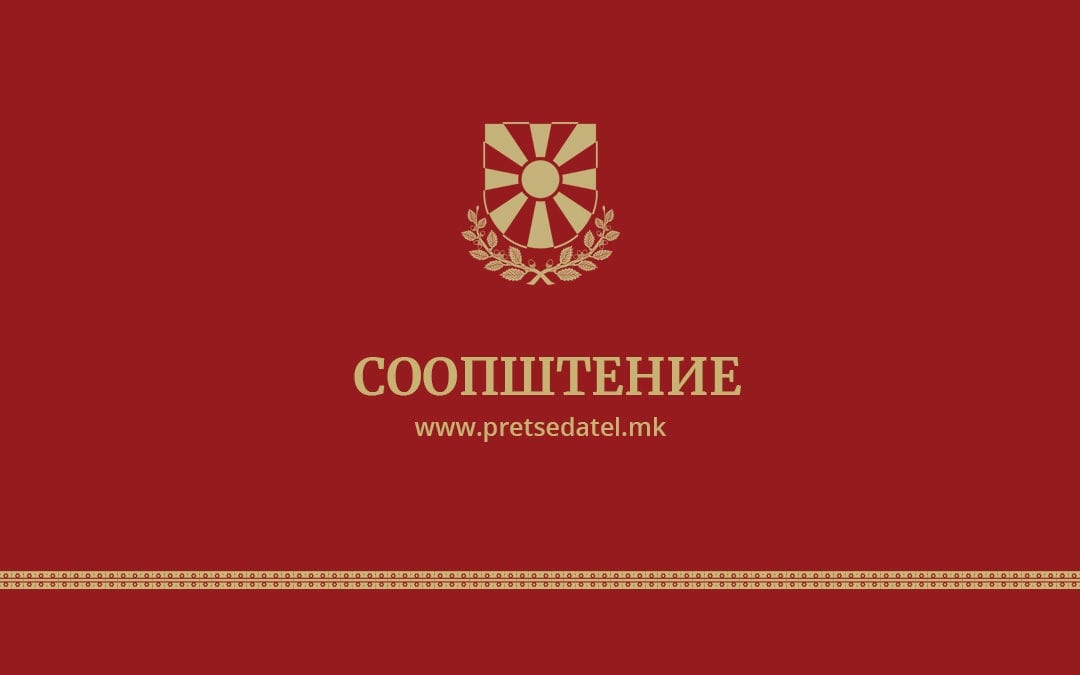 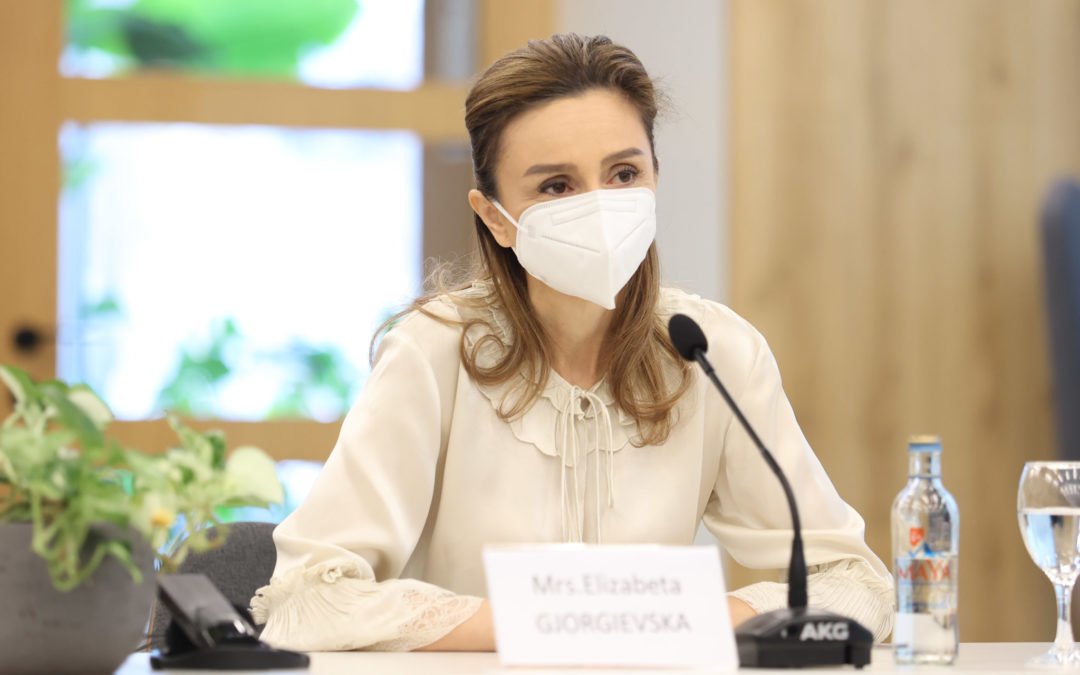 Gjorgievska: It is necessary to raise wider public awareness about cystic fibrosis, greater solidarity and empathy from the whole community

The Wife of the President, Mrs. Elizabeta Gjorgievska, participated today in a panel discussion on the occasion of the European Cystic Fibrosis Awareness Day titled: “Cystic Fibrosis - Out of our Battle”. [gallery... Dear fellow citizens of Albanian nationality, Congratulations on November 22, the Day of the Albanian Alphabet. I sincerely wish you to spend the holiday, above all, in good health, joy and well-being. The unification of the Albanian alphabet that took place 113 years... 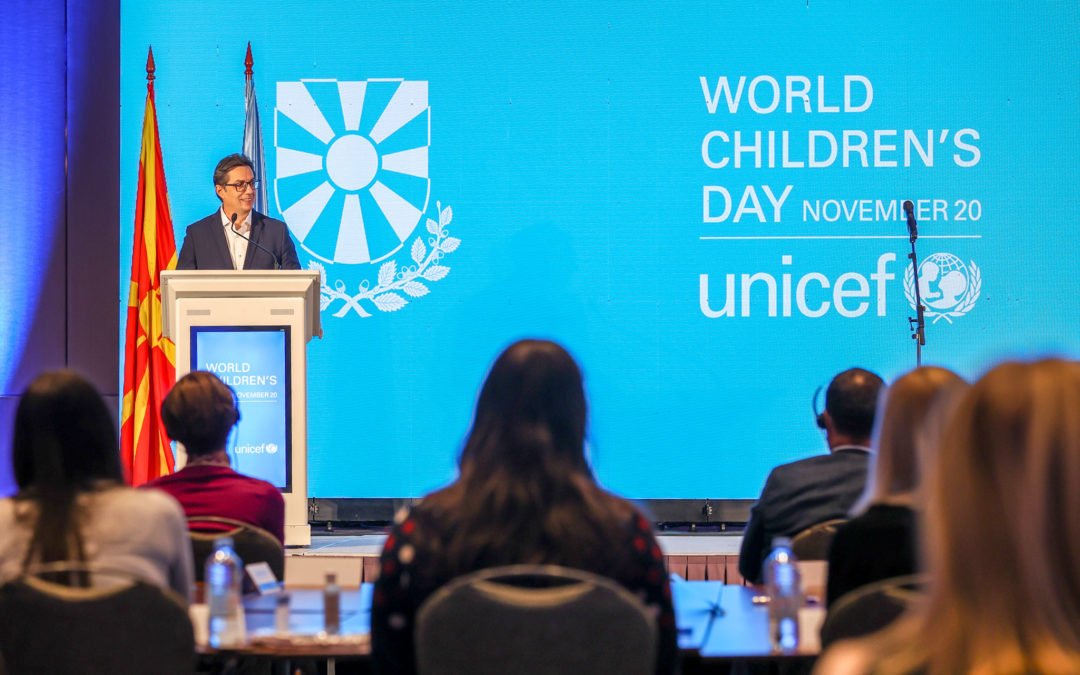 President Stevo Pendarovski addressed today the celebration of World Children’s Day, organized by UNICEF. At the event titled “Youth Call to Action to Reimagine a Better Future”, decision makers and policy makers had the opportunity to hear young people and their... President Pendarovski and President Duda lay wreaths at the grave of Goce Delchev in the church of St. Spas

As part of the official visit of the President of the Republic of Poland, Andrzej Duda, to the Republic of North Macedonia, President Pendarovski and President Duda laid wreaths today at the grave of Goce Delchev, in the church of St. Spas in Skopje. [gallery...