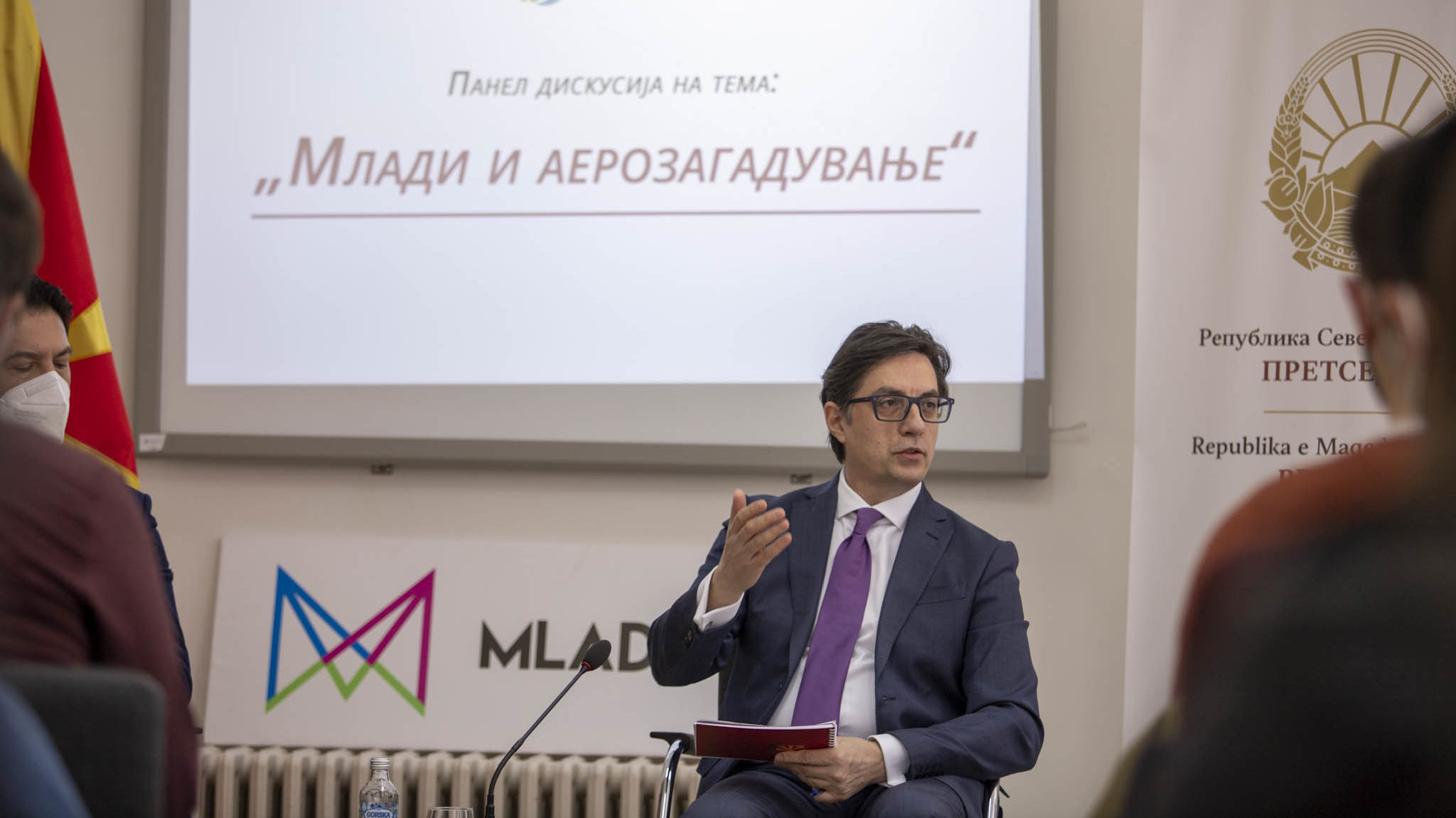 President Stevo Pendarovski addressed today the panel discussion “Youth and Air Pollution”, organized by the Association of Medical Students in the MladiHub – Office of the President.

Speaking on the “National Consensus against Air Pollution”, President Pendarovski presented the key points of the World Leadership Summit on Climate Change – COP26 in Glasgow, held in November 2021, as well as the adopted revised national contributions to tackling the effects of climate change.

President Pendarovski also spoke about the concrete steps he has taken on this topic since taking office, including raising air pollution to the level of a security issue, setting it as an issue of the Security Council and its inclusion in the Defense Strategy.

According to President Pendarovski, many are aware of the problem of pollution, but have no will, and many do not have the financial or other conditions to make a change in lifestyle.

President Pendarovski pointed out that at the global level there is a consensus on the awareness of the existence of climate change, but there are still challenges in the implementation of the measures. In addition, according to him, conspiracy theories greatly undermine the common awareness that climate change is something that is very serious and that we need to address it as soon as possible.

He also pointed to the high death toll as a direct or indirect consequence of air pollution.

“We have to be united or louder; we must translate words into deed when our term ends and say “I have signed such a document, such a decree, such a decision, but, in practice, even a larger number of people are dying of the same reasons”, President Pendarovski said.

President Pendarovski called on young people to use their enthusiasm, innovative ideas and creative solutions for positive change. He encouraged young people to be loud and always ask questions. Air pollution, according to President Pendarovski, is important enough and refers to the health and lives of people and therefore should not be put aside, but should be solved together with all other problems.

The panel discussion, which was also attended by the President’s Wife, Elizabeta Gjorgievska, was addressed by the Minister of Health, Bekim Sali, as well as Julian Vassalo, Deputy Head of EU Delegation.