President Pendarovski at the Paris Peace Forum: The way out of the global crisis for the Western Balkans is the rapid integration into the EU 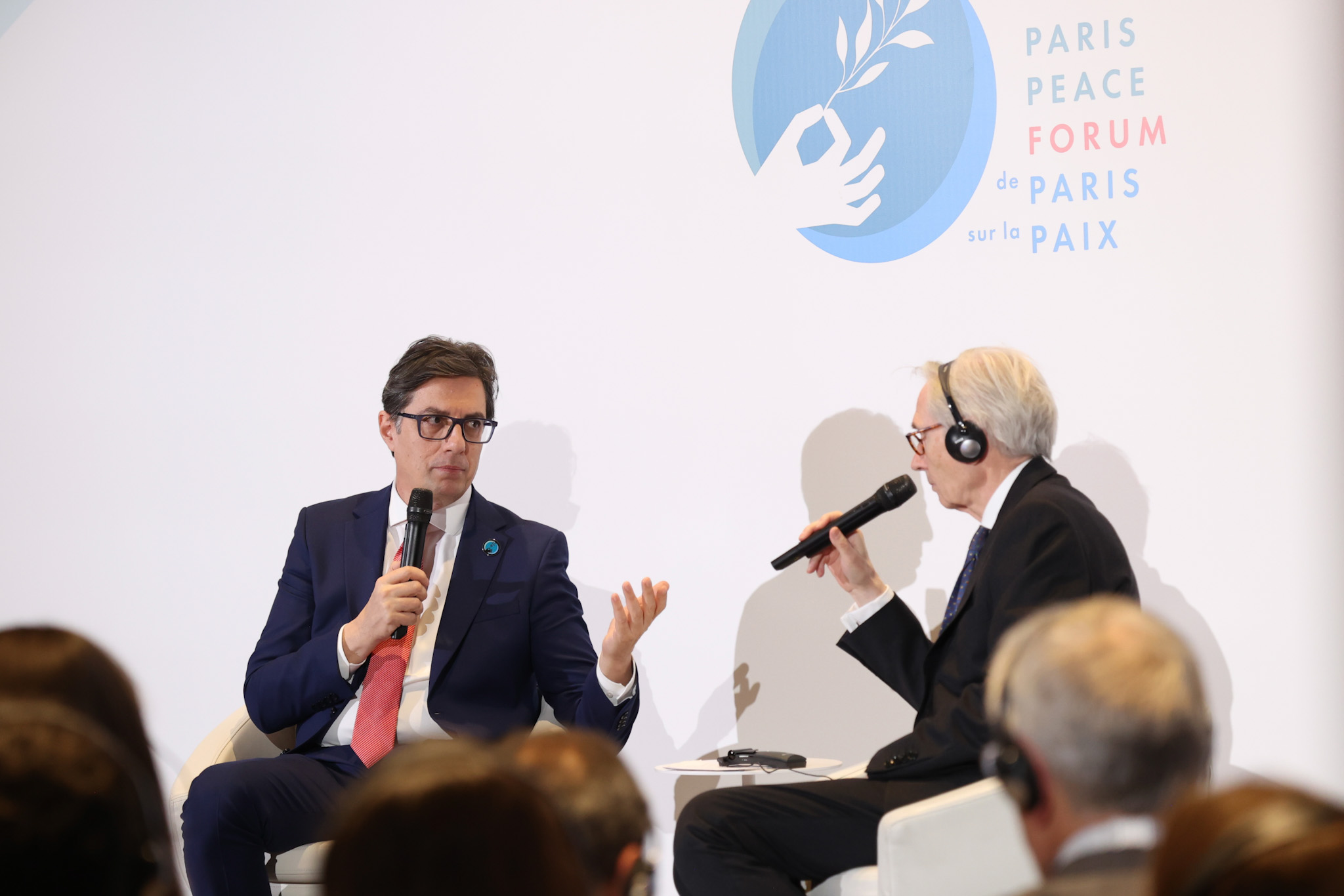 President Stevo Pendarovski, today as part of his participation in the 5th edition of the Paris Peace Forum, addressed the panel on which solutions for overcoming crises were discussed.

President Pendarovski, thanking for the opportunity to address and talk about issues that are important for the region and its stability, stressed that in the past months it is understandable that we all talk about the security situation in Ukraine due to the Russian aggression there, but that the topic of security is quite famous for the Western Balkans considering its modern history.

When talking about solutions to the crises, the President said that the solution to the systemic crisis that is still simmering in the region of the Western Balkans is to have a greater European presence in the region. Sometimes things seem as if we are forgotten by the Union and without progress of the countries towards the Union, he added.

The President referred to our region, which he said has shared challenges, that the demographic trends are not favorable, and said that it is necessary to invest more for young people, in order to have more opportunities for success at home in their countries. He added that we need a greater European presence all the time, not only when there are crises.

Regarding the European political community, President Pendarovski repeated his position that it should be an instrument that will help us in the process of accession to the EU, and not just a debate club or a substitute for membership in the Union, because we are already facing trends of increased Euroscepticism and a 20% drop in the support for EU accession. He added that North Macedonia’s membership in the EU is not only necessary to strengthen the economy, promote trade and improve the standard of living, but also requires political integration in the EU institutions, as well as democratic development, strengthening of institutions, rule of law and free media.

Answering the question about the possibilities for European integration of Ukraine, the President said that the country supports Ukraine’s membership in the EU and that he also showed his support with a letter addressed to President Zelenskyy. The President added that despite the situation Ukraine is in, obtaining candidate status is a strong political message from the Union, a strategic view of the EU, solidarity and readiness to demonstrate the Union’s solidarity with the Ukrainian people.

President Pendarovski is participating in the 5th edition of the Paris Peace Forum, and is scheduled to have several meetings with heads of states, participants of the forum.