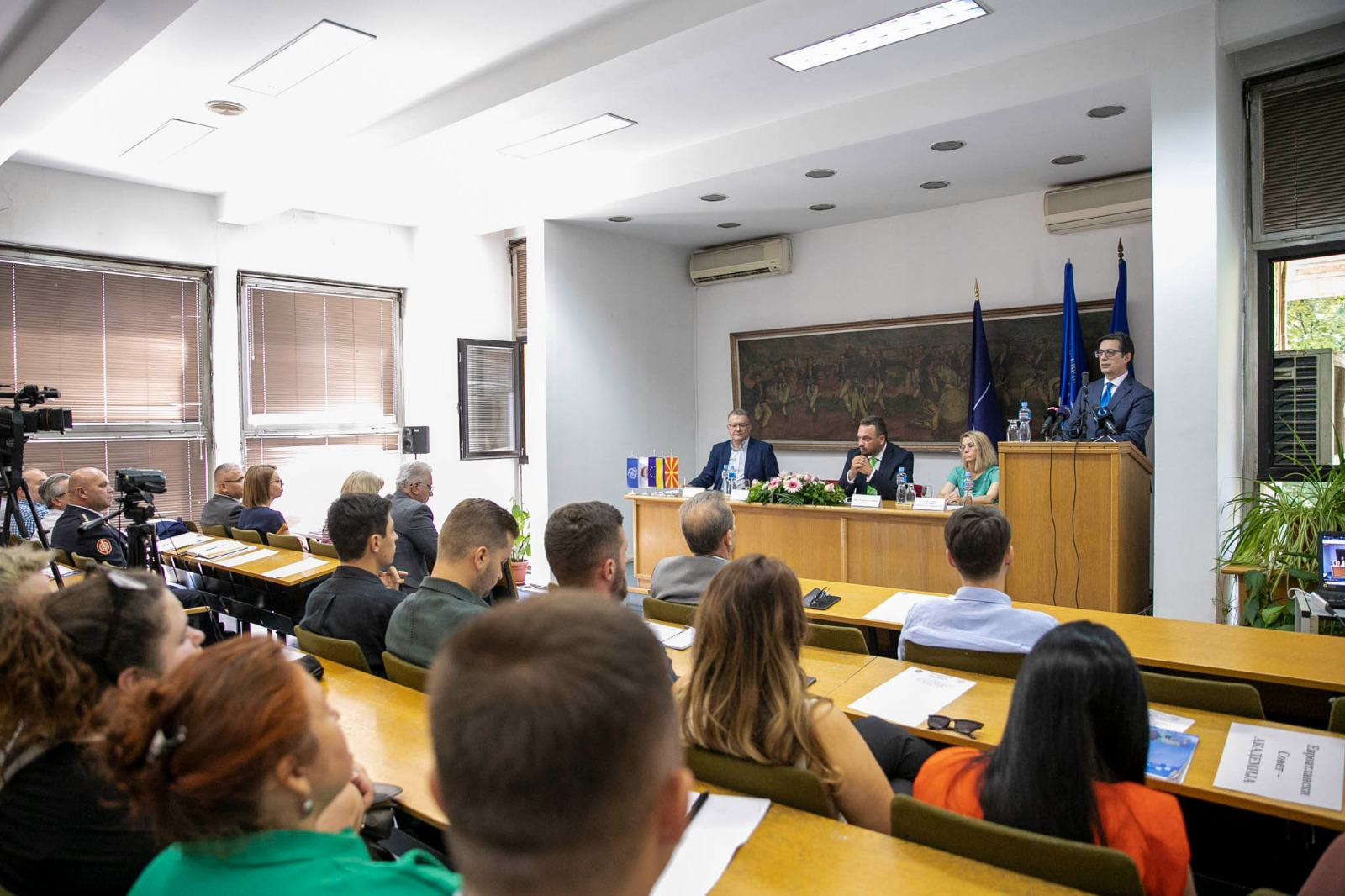 Today, President Stevo Pendarovski addressed the panel debate “Social changes after Ukraine” which was held at the Faculty of Philosophy, University “St. Cyril and Methodius” in Skopje.

President Pendarovski welcomed the organization of the debate and addressed several aspects of the Russian invasion of Ukraine and its impact on Macedonian society, our region and the Euro-Atlantic space.

The President spoke about the security threats and challenges on the territory of the member countries of the NATO Alliance, the implications of the war in Ukraine on security and defense, the impacts on socio-demographic changes and economic security, as well as the consequences on the psychology of communications, especially in digital media and social networks.

In addition to President Pendarovski, Ukrainian ambassador Natalia Zadorozhnyuk and the Dean of the Faculty of Philosophy, Ratko Duev also participated in the opening session of the debate on “Social changes in Ukraine”, which is the first panel discussion of the series of debates entitled “Academic Horizons”, an event moderated by professor Marjan Gjurovski.