Participation of President Pendarovski in the debate on “Safe Youth, Safer Future” 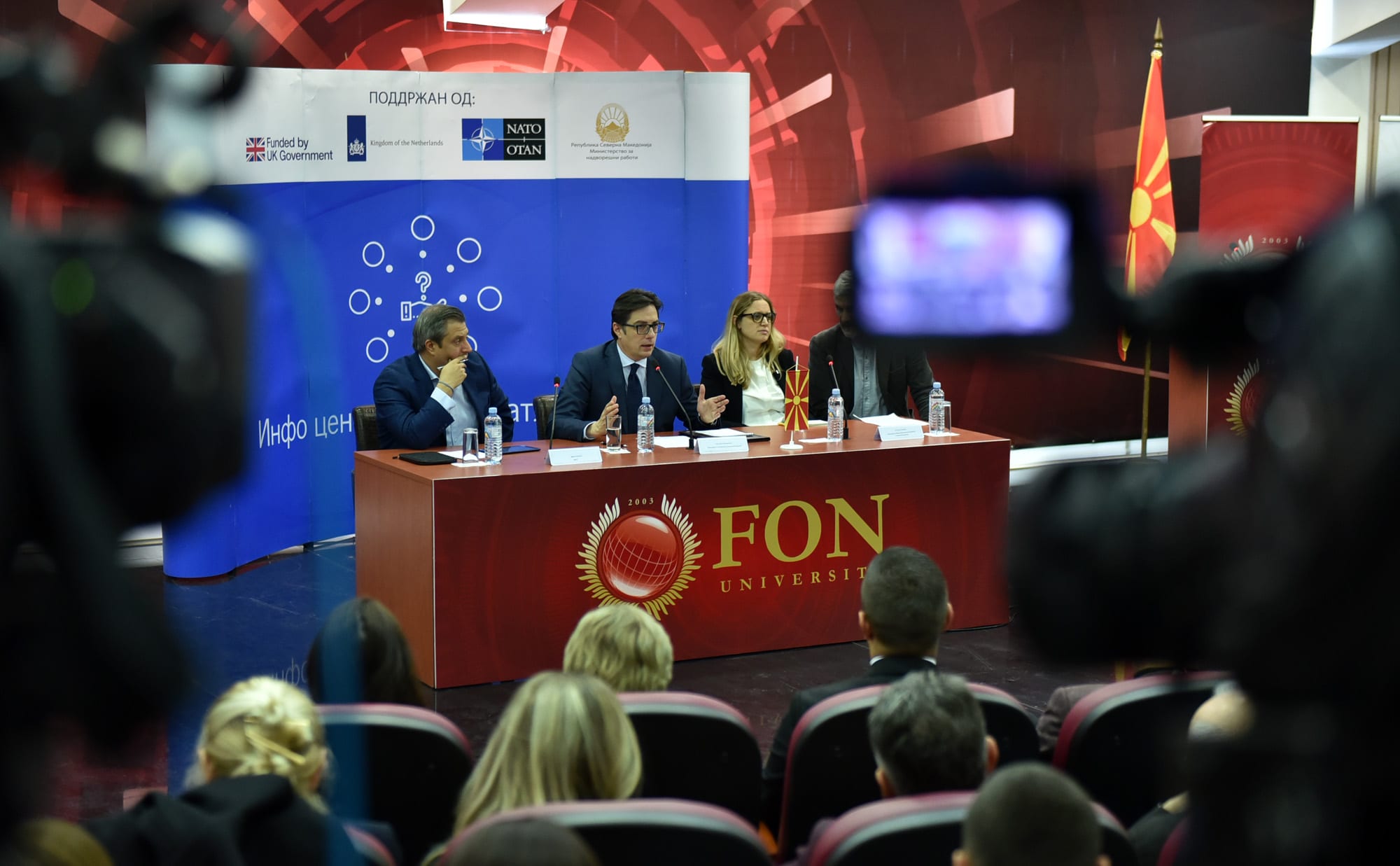 The President of the Republic of North Macedonia, Stevo Pendarovski, participated today in the debate organized in the FON University on “Safe Youth, Safer Future”, held within the NATO Caravan of Info Center for Euro-Atlantic Integration.

Addressing the students, President Pendarovski stressed that in the 70 years of NATO’s existence, the Alliance is constantly changing, and today, besides the traditional threats, cyber threats, religious extremism, political propaganda, fake news are on the agenda. The President emphasized that NATO is a factor of stability and referred to the benefits of our membership in the Alliance.

An important question when it comes to NATO is how much money we will need to allocate annually, the President said, citing as speculation the allegations that it would ruin our budget. When North Macedonia joins NATO, we will allocate about EUR 2 to 2.5 million annually. In return, the President said, we get a lot, especially in the eyes of the potential foreign investors, because North Macedonia will be a state with a predictable future and a territory guaranteed by other NATO member states.

In his address, the President also referred to Brexit as a topic that has occupied our continent and beyond in recent years.

“There are some politicians in other EU member states who are advocating Brexit or leaving the European Union for their countries. These are not yet the dominant political movements in those countries, nor do they have the dominant support of the citizens. However, you may hear that someone is thinking of leaving the European Union, but not a single relevant politician is thinking of pulling his country out of NATO. So Brexit is impossible in NATO”, the President concluded in his address.

The British Ambassador, Rachel Galloway, who participated in the debate, said that NATO is the most successful alliance in the history and that they look forward to North Macedonia becoming a member of the Alliance.