Pendarovski: Instead of panicking, we need to be cautious regarding the corona virus, to be responsible and to prevent an epidemic of fake news 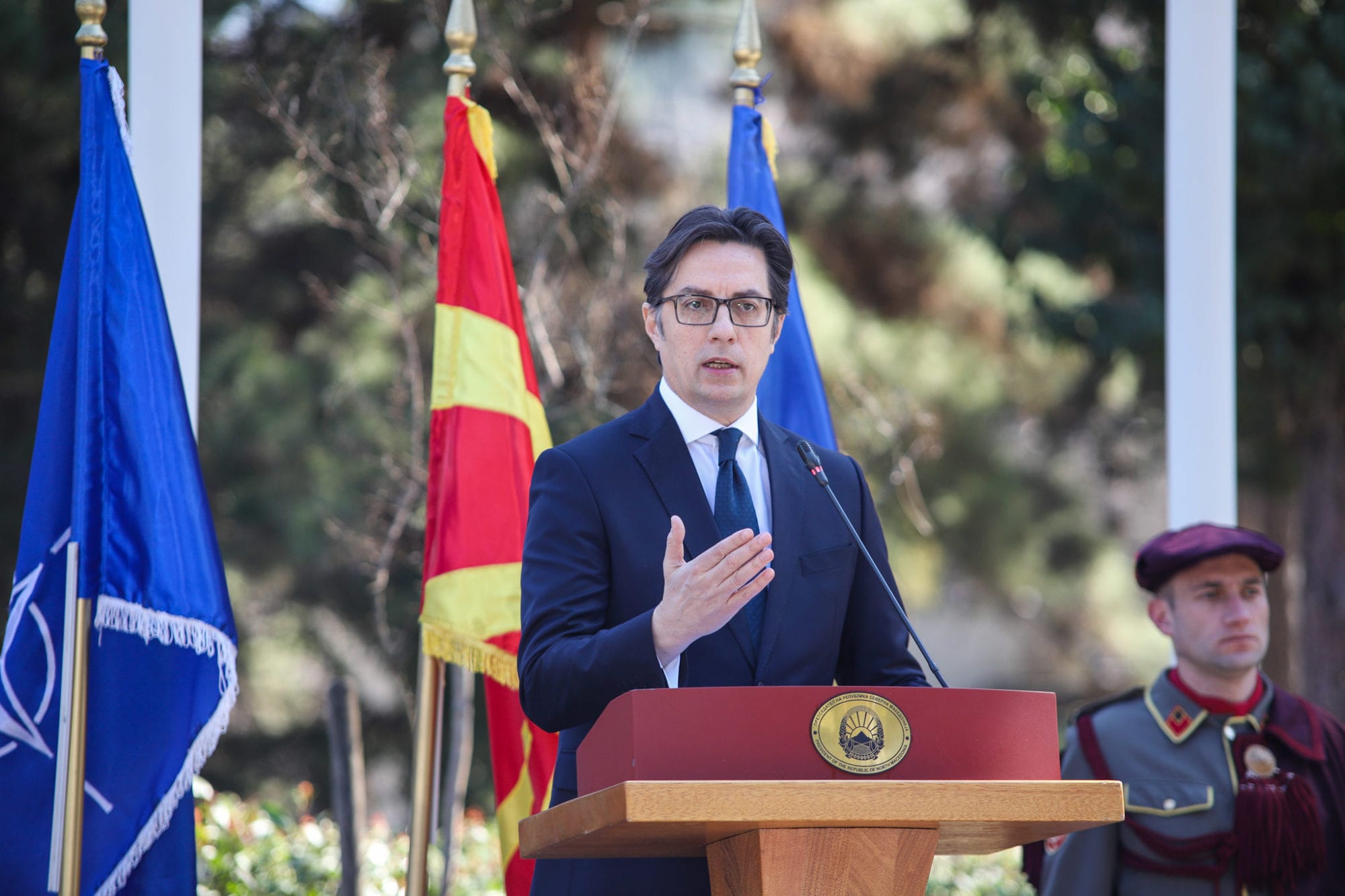 The President of the Republic of North Macedonia, Stevo Pendarovski, at today’s press conference dedicated to the current situation with the corona virus, said that on March 17, despite the bad situation in Spain, which is one of the high risk countries with corona virus, a session of the Spanish Parliament is scheduled for ratification of the Protocol for the membership of North Macedonia in NATO, after which only the signature of the King of Spain will be awaited.

“This shows how much solidarity the Spanish Parliament has, the Gender Equality Minister is infected with the virus, and the Deputy Prime Minister of the Spanish Government is in self-isolation. After this on the 17th, we expect only the signature from the King of Spain. At my recent brief meeting with him in Jerusalem, I received a direct confirmation and a kind of guarantee that it would be completed practically on the same day when it arrives for signature in his Cabinet. Unfortunately, due to the corona virus, we cannot organize the event that would symbolically mark our practical accession to the NATO Alliance. On March 23rd, we had already arranged an event at the US State Department, where we were to be hosted by Secretary of State Mike Pompeo in the presence of NATO Secretary General Stoltenberg and a high-level delegation from here, to deposit the accession protocol. And the moment you physically deposit the accession protocol in the state and in the institution that practically hosts the organization, you become a full member. At the end of this month and the beginning of next, a similar solemn event is planned at NATO headquarters with the raising of the Macedonian flag as the 30th member state, but it will again depend on the situation with the corona virus, as Belgium is also in the group of high risk countries”, President Pendarovski said.

The President pointed out that the coordination of the EU members has been completed in Brussels and that according to his information, North Macedonia and Albania will receive a date for negotiations on March 26th. Visits from officials from Brussels are scheduled for next week to tell us details about the process.

Regarding the corona virus situation at home, President Pendarovski said that his assessment of the current actions of the competent institutions, which is based on talks with the WHO Director for Europe, is that our country is coping best in the wider region in terms of fast and efficient implementation of WHO recommendations. That, he said, does not mean that the work is done, it only means that so far the measures taken by the Ministry of Health and other competent institutions have only prevented the spread of the epidemic.

Regarding the commodity reserves, President Pendarovski said that there is no room for concern, there are enough stocks even if the situation with the corona virus gets complicated.

“All these measures proposed by the competent institutions will be ineffective if they do not reach those to whom they are intended, meaning the citizens, and in that part you, as media, have a dual role, and you, as citizens of this country, to adhere to them, but also to appeal to everyone else to adhere to the measures”, the President said, noting that his Cabinet has already reduced all activities to a minimum, both domestically and internationally.
The President urged the citizens to be informed only from official sources, in order to prevent the spread of an epidemic of fake news.

“I urge that the information about the epidemic be only from official sources because, unfortunately, you know that in such situations there is an epidemic of fake news that further raises panic among the population. That is the worst thing that can happen to us, when there is lack of trust in the official institutions and sources, and people believe in the so-called alternative news producers, i.e. fake news”, the President said and announced that he had scheduled a session of the Security Council on Monday at 4 pm, to which, in addition to the permanent members, the Minister of Health and the Chief of General Staff of the Army are invited.

At the Security Council meeting, the President said, the possible options for dealing with the danger of the spread of the corona virus will be considered.

Regarding the parliamentary elections scheduled for March 12th, agreed at the leadership meeting in the President’s Office, which was held to reaffirm the Euro-Atlantic integration, after the unfavorable decision in Brussels, the President said that the decision to hold or possibly postpone the elections due to the corona virus is exclusively in the hands of the political entities.

“My assessment is that the election, which would go with a fairly reduced campaign, only on social networks, is possible, but I have great reservations about the day of the election. I repeat, I do not want it to be understood that I am now imposing a solution on someone. I am not in charge of that. It is crystal clear to all of us that the absolute priority in this situation is the health of our citizens, and not the political or party interests of anyone. Of course, there should be a complete consensus on this. We should not rush that decision, but the situation, you objectively see, and around us, and inside us, is getting complicated in terms of people’s enthusiasm to vote”, President Pendarovski said.