Pendarovski-Stoltenberg: Jointly we will deal with coronavirus pandemic 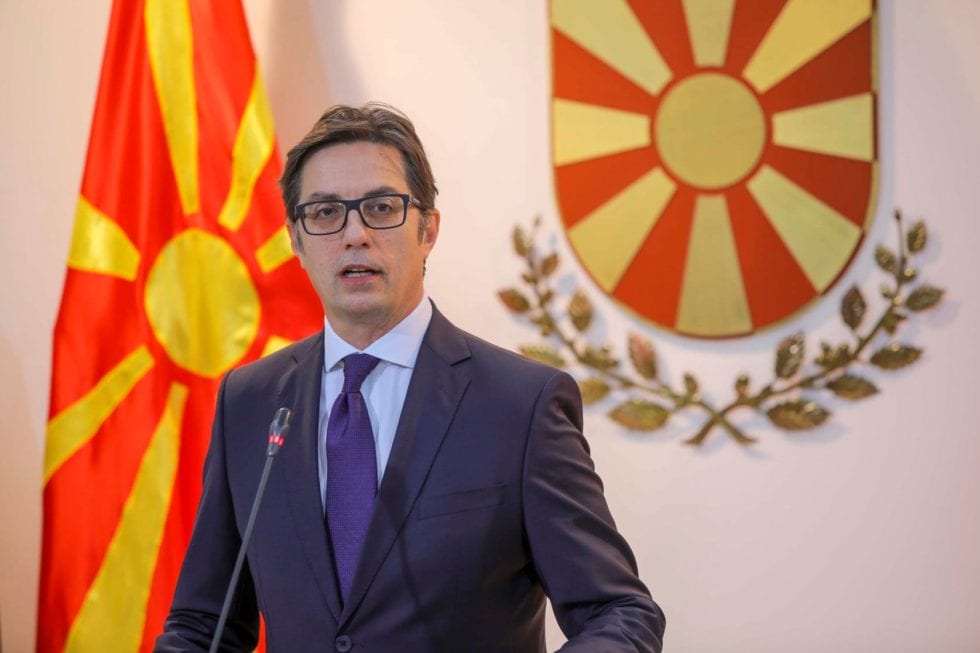 The President of the Republic of North Macedonia, Stevo Pendarovski, had a telephone conversation today, April 7, with NATO Secretary General, Jens Stoltenberg.

In the telephone conversation, President Pendarovski thanked the Secretary General for the warm and sincere welcome to North Macedonia in NATO, emphasizing that membership in the largest security alliance for us is an incentive for further development and significant contribution to the stability, security and prosperity of the current and future generations.

President Pendarovski briefed Secretary General Stoltenberg on the situation of preventing and dealing with the consequences of the pandemic of COVID-19 in North Macedonia and the activities undertaken by competent institutions. The interlocutors discussed the activities undertaken by NATO in order this health crisis not to turn into a security one, referring to the increasingly present misinformation and ways to deal with them. In addition, the interlocutors expressed satisfaction with the fact that NATO supports its member states in logistical and transport support for delivery of medical equipment, which is necessary for member states, medical staff, as well as the use of innovative technologies to create medical equipment.

In this regard, the President informed that several NATO member states have already provided assistance to North Macedonia, supporting in practice the alliance in dealing with the global crisis such as the pandemic of COVID-19. North Macedonia is also part of NATO’s Joint Information System, through the Crisis Management Center, which is part of the NATO program called “Next Generation Incident System”, aimed at better exchange of information and better cooperation between the institutions in the country.

In the end, the interlocutors agreed on intensified communication between the competent institutions in the upcoming period, as well as exchange of information in the area of dealing with the pandemic of COVID-19 and organized spread of fake news campaigns. The need to unite forces and emphasized solidarity among the allies to successfully deal with the crisis, which has not only a health but also a social and economic dimension, was jointly stated.