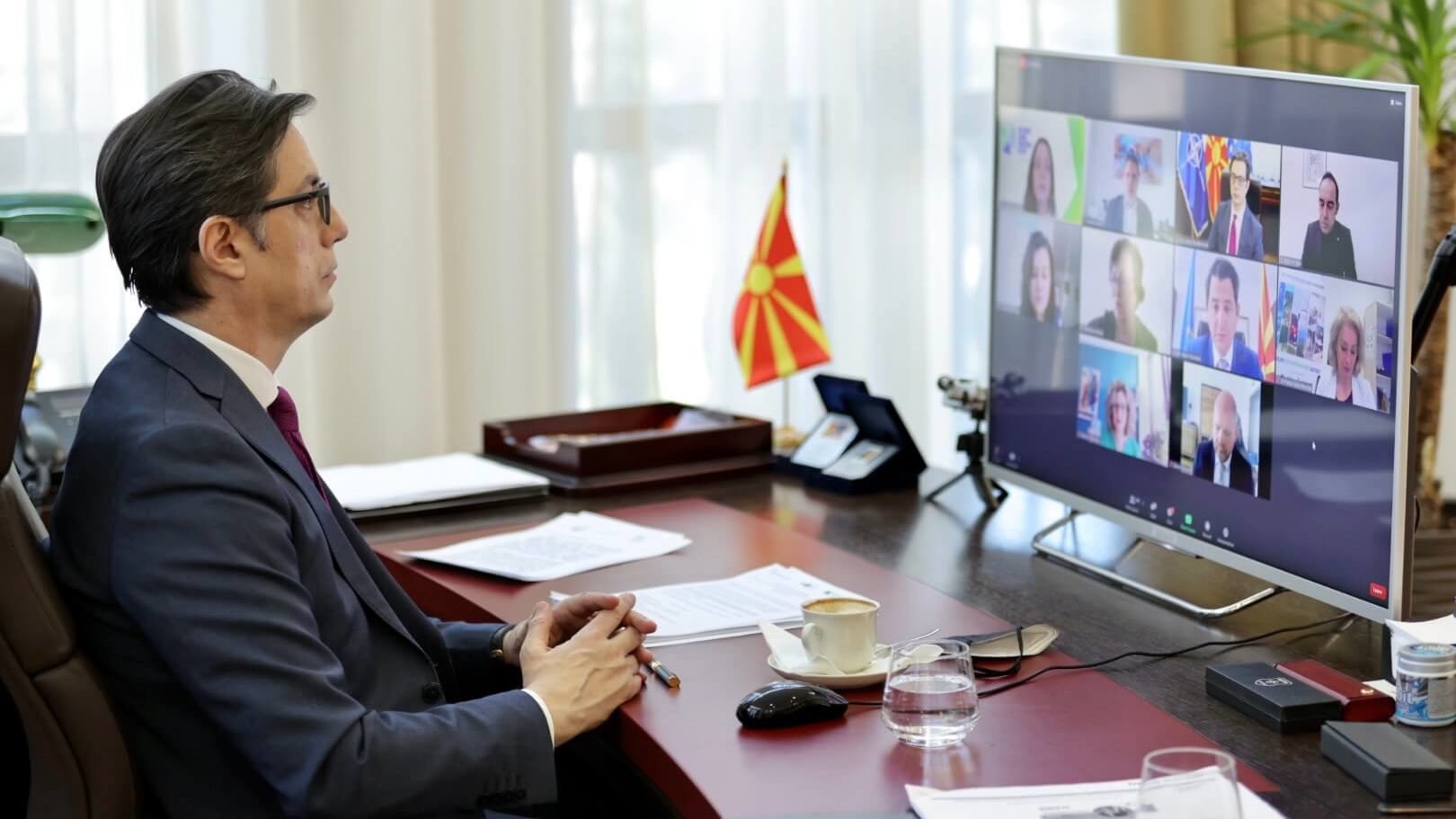 The overall development of the country largely depends on the quantity and quality of our water resources. If we do not take long-term measures for their protection, we can easily lose them irreversibly, President Stevo Pendarovski said in his address at the virtual conference “Green Agenda for the Western Balkans as an incentive for water protection in the Republic of North Macedonia”, organized by the European Policy Institute in cooperation with the Institute of Communication Studies, as part of the “Clean It Up!” campaign.

According to some estimates, President Pendarovski said, only about 3 to 4 percent of the total amount of wastewater from mining and industry is treated in the country, and most of the untreated water is discharged directly into the soil, rivers, reservoirs, lakes and public sewers. An equally serious problem, according to the President, is the extraction of sand, gravel and stone from lake shores and riverbeds, which in the absence of clear criteria and control mechanisms, as he said, grows into de facto legalized destruction of riverbeds.

“There are several reasons for this unsustainable water management. First, the low level of public awareness and personal conscience. The perception that water is a resource that can be consumed indefinitely still prevails. This attitude is really worrying given that 11 percent of the total number of individual households in North Macedonia still do not have access to drinking water”, President Pendarovski said.

A weak link in our system, according to President Pendarovski, is the inspection, which he assessed as irregular and reactive, due to legal ambiguities and budget constraints.

“Due to these accumulated system deficiencies, the competent institutions for years have not had a real insight in the quality and quantity of water in North Macedonia. It is not known exactly how much surface and groundwater we have. It is not known how much water is pumped and discharged for irrigation and drainage. Without clear data, it is difficult to make long-term sustainable policies and regulations. In such a vague situation, accountability is an exception that confirms the rule that offenders are usually not punished. Hence, the price is paid by nature and by us, the citizens”, President Pendarovski said.

According to the President, climate change further complicates the problems due to the fact that our country is located in one of the most climate-vulnerable regions not only in Europe but also in the world. He pointed out the situation with Lake Prespa as particularly worrying.

“If we do not take long-term measures to protect water resources, we can very easily lose them irreversibly. Therefore, the problem with water protection is not a daily political issue, but an existential issue”, President Pendarovski said.

“In order to clarify the situation with the protection of our waters, the competent institutions need precise and updated data. Harmonization with European legislation is needed, but that is the easier part, because the implementation is more important, which includes regular and preventive inspections, which will timely sanction any attempt to profit at the expense of the environment and citizens. One thing should be clear to us – we are not doing this for Brussels. We are doing this for us”, the President said.

This issue, according to the President, has a foreign policy dimension because it includes cross-border cooperation in the management of the three large lakes and large rivers that we share with our neighbors.

“This means that water protection is not only an internal but also a European issue. The Green Agenda is part of the 9 billion-euro Economic and Investment Plan for the Western Balkans. The European Union stands ready to support projects for sustainable, rational and efficient use of resources. I believe we still have enough internal potential to resolve this issue”, President Pendarovski said in his address at the Conference.