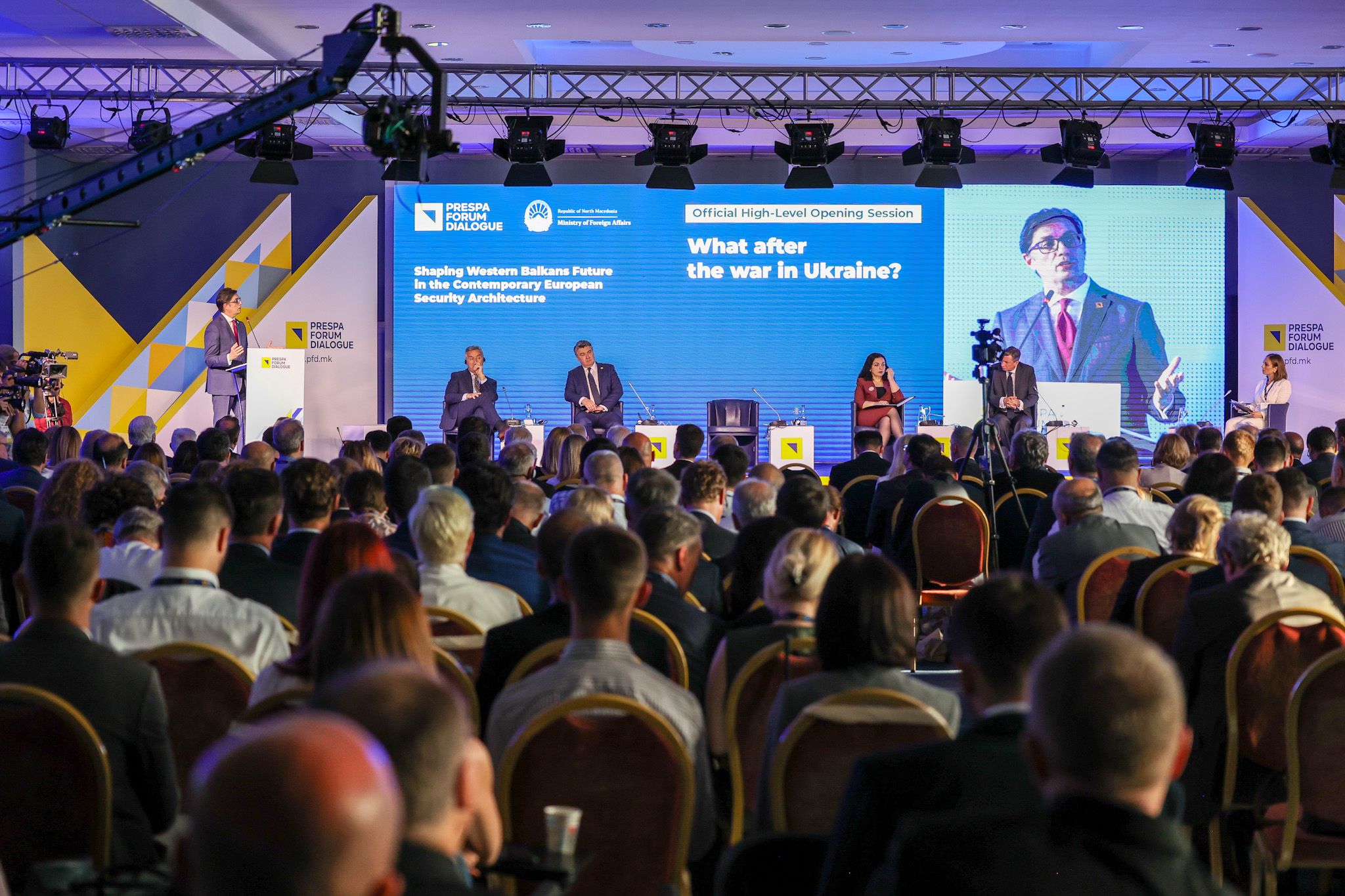 President Stevo Pendarovski addressed this evening the official high-level introductory session “What after the war in Ukraine?” at the Prespa Forum Dialogue, held from June 16 to 18 in Ohrid on “Shaping Western Balkans Future in the Contemporary European Security Architecture”.

President Pendarovski said to the participants in the Forum that the unfinished European project has security consequences for the region and beyond.

“Now the opinion is frozen that the enlargement policy is the most successful policy of the EU, because the EU member states have been saying for years that they want to deepen the EU first, and then comes its enlargement”, President Pendarovski said.

In that context, President Pendarovski pointed out that the unfinished integration of the Western Balkans is related to Russia’s actions, hybrid threats and fake news and reminded that our country is one of the countries in the region that has expelled several Russian diplomats in the last 12 months.

Pointing out that support for European Union membership has been drastically declining in recent years, President Pendarovski called for a clear perspective for countries in the region to join the European Union.

“Brussels should come forward and tell us directly – this is our plan for you, we are really serious in our intentions to integrate the Western Balkans in economic, political and other terms. Otherwise, more and more people will become skeptical about the European project and the autocratic regimes will become stronger in the region”, President Pendarovski said in his address, reminding that the Region is facing a demographic catastrophe while waiting for progress in the European integration process.

The introductory session was addressed by the President of Slovenia, Borut Pahor, of Kosovo, Vjosa Osmani, of Montenegro, Milo Djukanovic and of Croatia, Zoran Milanovic, while the President of Ukraine, Volodymyr Zelenskyy, addressed the audience via video link.