President Pendarovski: United we stand in defense of the Macedonian language 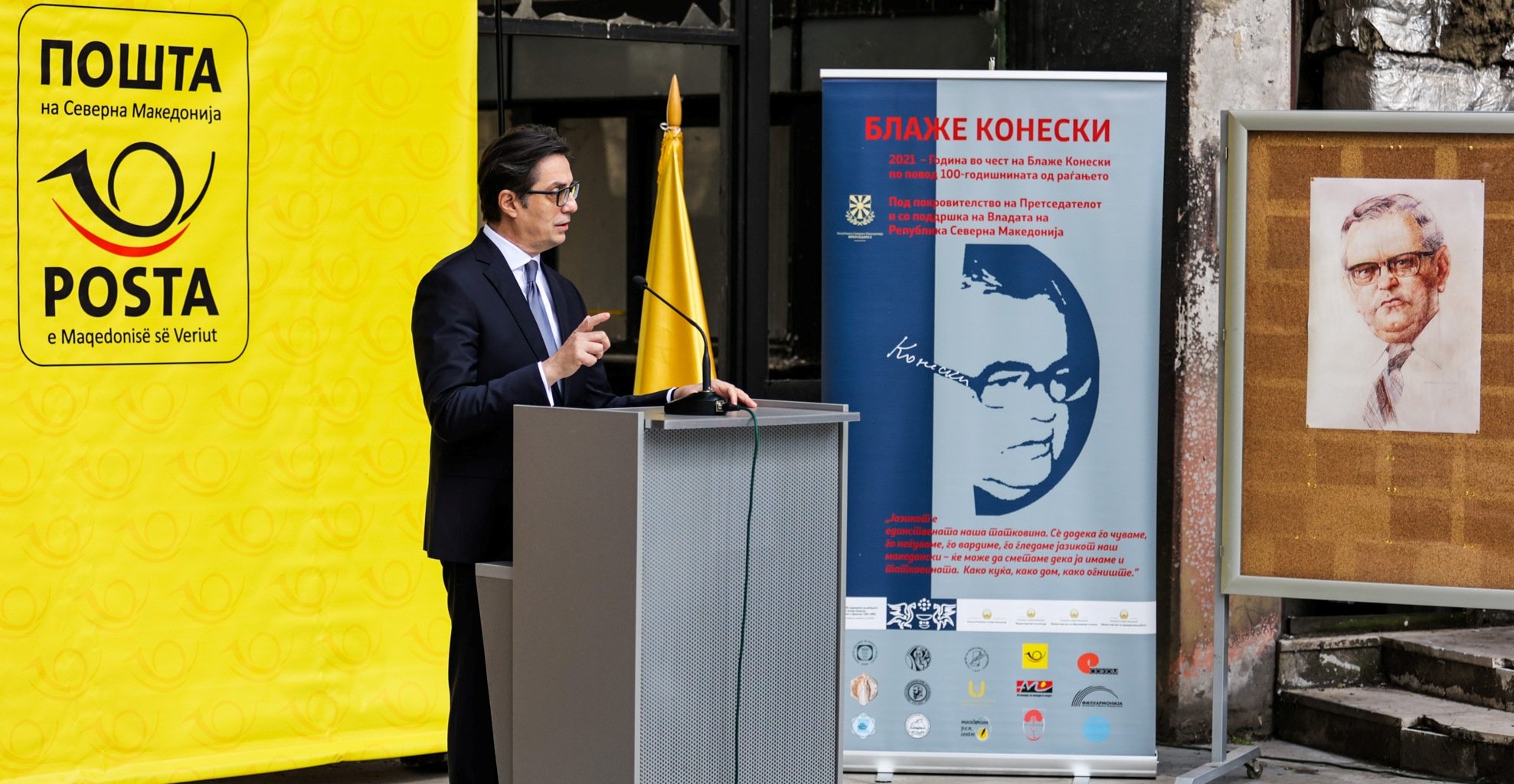 President Stevo Pendarovski addressed today the promotion of the postage stamp on the occasion of the jubilee – 100 years since the birth of the Macedonian great figure, Blaze Koneski, within the program of the event “2021 – Year in Honor of Blaze Koneski” which takes place under the auspices of the President of the Republic of North Macedonia.

Today’s promotion takes place on the space of the former counter hall which in 2013 was destroyed by fire. The damaged walls still remind us of the grandiose building, designed by Janko Konstantinov, which has great architectural value not only in our country, but also beyond. There was also the mural of Borko Lazeski, which represented the Macedonian Guernica, due to which the building was rightly one of the cult landmarks of Skopje. I believe that as we honored the great Macedonian culture, literature and linguistic figure, Blaze Koneski, so we will preserve the rest of the contemporary work which is a culturally movable and immovable heritage of our modernity, and that in the near future this space will restore its original image.

A few days ago, Prof. Dr. Trajko Stamatoski, one of the closest associates of Blaze Koneski, passed away. Stamatoski was also one of the most zealous comrades-in-arms of Koneski in the affirmation and promotion of the Macedonian language. At the promotion of Trajko Stamatoski’s book “Struggle for the Macedonian Literary Language” in 1987, Blaze Koneski expressed the well-known and often quoted thought about the language as the only complete homeland, i.e. the closest approach to the ideal homeland. Then Koneski said the following: “And, in moments of dicisions and hesitation, the last thing that should come to mind is to question the benefits of our independent action in terms of language”.

After all, it is a debt to science, to truth and to justice. Therefore, in the year of Koneski, but also in every next year, as a society, but also as individuals – ordinary citizens or representatives of institutions, we need to work together and responsibly for the affirmation and promotion of his work.