President Pendarovski after the Security Council session: The situation in the country and in the region is stable 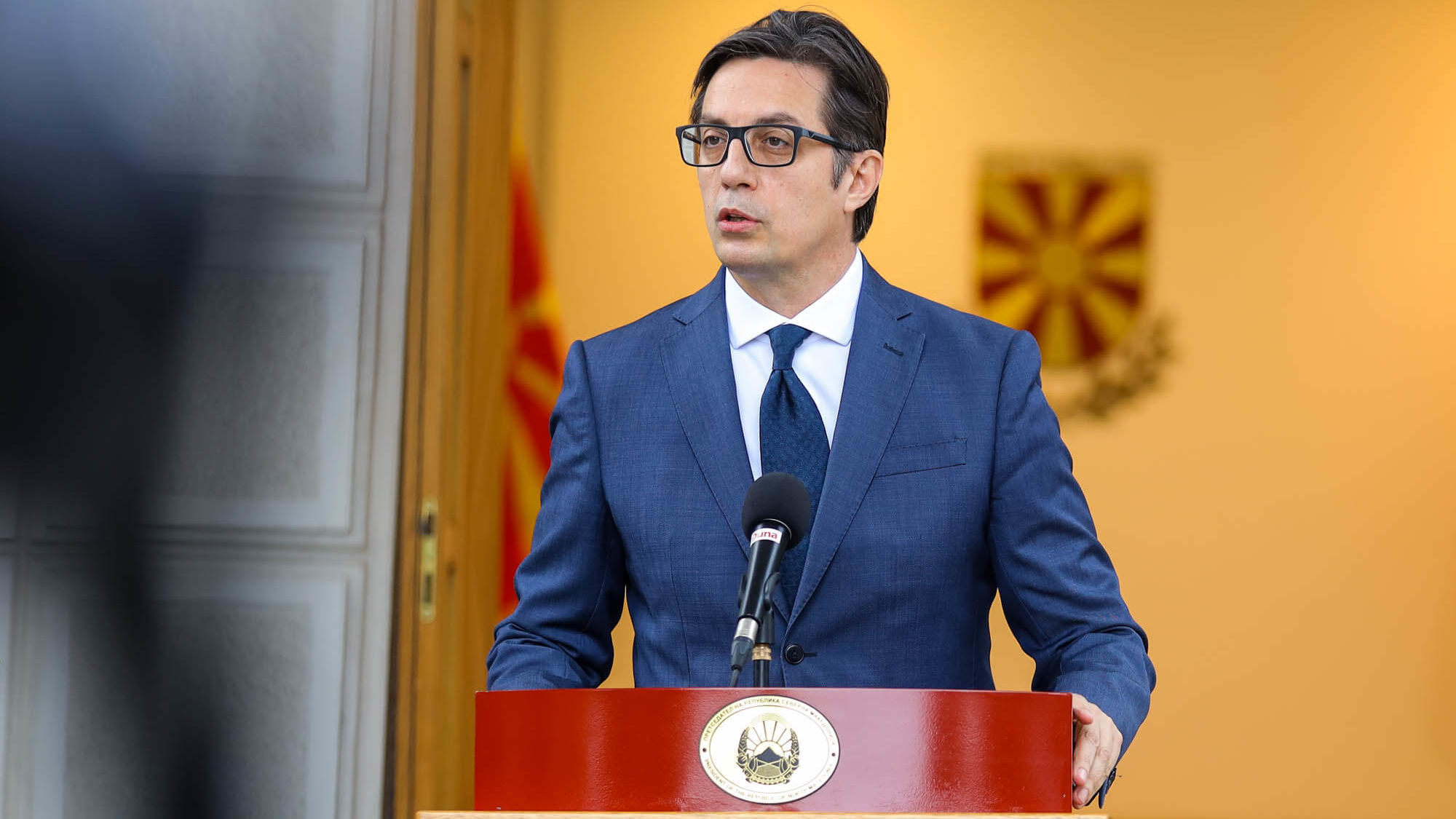 Today, in the Cabinet of the President of the Republic of North Macedonia, the 8th session of the Security Council was held.

The session, besides the permanent members of the Council, was also attended, at the invitation of President Stevo Pendarovski, by the Director General of the Intelligence Agency, Erold Musliu, the Director of the National Security Agency, Viktor Dimovski, the Director of the Operational-Technical Agency-OTA, Zoran Angelovski, and the Chief of Staff the Army of the Republic of North Macedonia, Lieutenant General Vasko Gjurcinovski.

The political and security situation in the country after NATO membership was discussed at the Council session.

Please find below the integral address of the President of the Republic of North Macedonia, Stevo Pendarovski.

Today, we held the 8th session of the Security Council, or the first after the constitution of the new Government.

As you could see at the beginning – the permanent members of the Council were present: besides me, the President of the Assembly and the Prime Minister, the Ministers of Defense, Interior and Foreign Affairs and the members of the SC, Professors Trajan Gocevski, Veton Latifi and Nenad Markovic.

The main agenda issue, among the others, at the 8th session of the Council was the political and security situation in the country and in the region. This was also the first session of the Security Council to discuss this issue since we became a member of NATO in March this year.

The representatives of the competent services and ministries reported on the internal security dynamics and our environment. The Council concluded that the situation in the country and in the region is stable and there are no indications that our territorial integrity and sovereignty could be endangered. The competent institutions continuously monitor all situations that could potentially turn into a more serious security problem, including a possible new wave of refugee or migrant crisis.

However, the biggest crisis we are facing today is the COVID-19 pandemic, of course, not only in our country, but also in the world, i.e. globally. The pandemic penetrates in all sectors, health, economic, social, security. For the first time in the country we had a declared state of emergency and the representatives of both the police and the Army had additional and completely different engagements and tasks and mostly worked to support civilian structures in dealing with the crisis caused by the corona virus.

The pandemic remains the most important challenge for our society in the coming months, with an impact on both the economy and health, but we do not expect, according to the estimates made and presented today, that there will be development that would affect the general security of the country.

The security services will continue to monitor and analyze trends in both the country and the region – what may have an impact on us, all security threats and potential risks to national security, and will continue to inform the state leadership and the Security Council thereof. In this regard, it is important to note that the newly established Service Coordination Council is functional, has its own regular dynamics of meetings and activities.

The second issue on the agenda we discussed related to the security implications related to the introduction of 5G technology in our country. As a NATO member, we are now obliged to strictly follow all the security protocols of the Alliance, both in terms of security background of individuals, people working on sensitive positions in the state apparatus, and in terms of the introduction of digital technologies and corporations as their bearers who have goals and values ​​that are incompatible with the goals and values ​​of the Western Alliance. Hence, it was concluded that in this domain, the Government and other competent institutions should consistently apply the rules and recommendations of the organization we are already a member of, including all the rights, obligations and responsibilities arising thereof.

Specifically, regarding the second issue, it was concluded that the Ministry of Foreign Affairs will start preparing a memorandum of understanding, similar in content, in form to what has already been signed by some neighboring countries and in Europe – members of the Alliance, which will state precisely our obligations regarding the ownership structure of the companies, the possible state support they have – how compatible they are with the things I mentioned before, because we certainly have to respect the recommendations of the organization we want to become a member of for so long and finally we made it on March 27th this year.