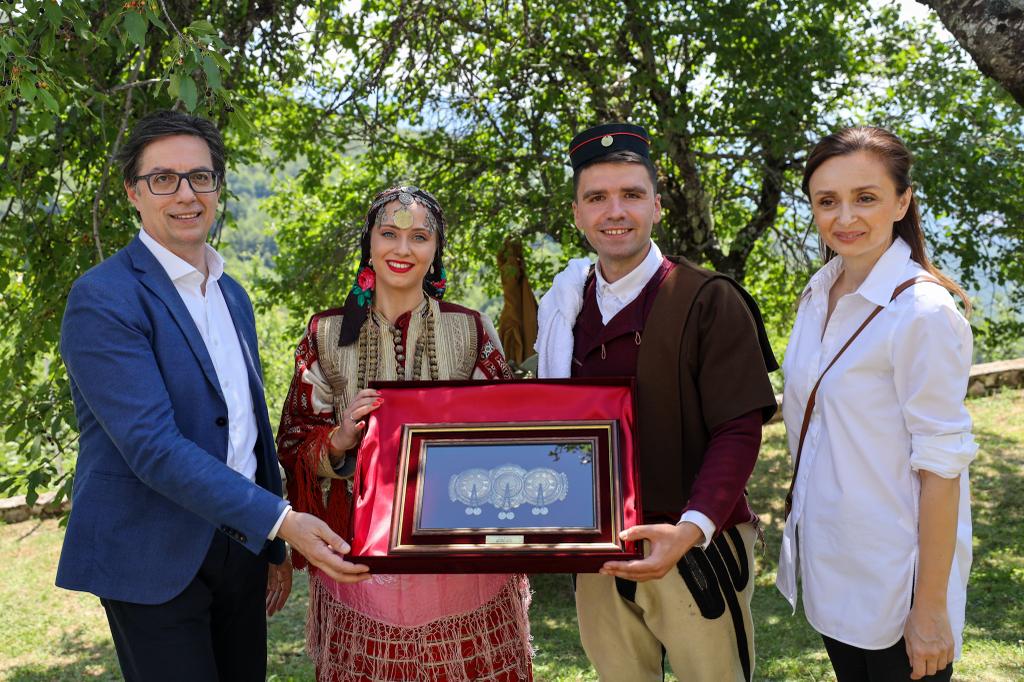 President Pendarovski congratulated this year’s newlyweds, wishing them a happy and successful marriage and gifting them with a “Galicnik pafta (buckle)”, with a motif of a Galicnik traditional costume. This year, for the first time, in addition to the official Galicnik bride and groom, Ilcho Dimitrov and Elena Durovska, together with them in, one more couple was married in the “St. Apostles Peter and Paul” church – Iskra Blazevska and Marko Bekric.

The President emphasized that he is particularly proud that young generations are increasingly showing interest in preserving our most authentic manifestation, as a living cultural heritage. He pointed out that “Galicnik wedding”, by promoting and nurturing the Mijak customs and tradition, leaves a special mark of identity and welcomed the decision for an adequate institutional protection of this event in their sixty-year existence.

This year’s “Galicnik wedding” began on July 15 with a tribute concert dedicated to the legendary folk singer Aleksandar Sarievski, in honor of the 100th anniversary of his birth and 20 years since his death. During yesterday, traditional wedding customs and rituals were performed, with the setting of the wedding flag and the symbolic act of “three gunshots” from the son-in-law’s house. Today, on the plateau in front of the Upija fountain, “Nevestinsko”, “Manuko”, “Teshkoto” and other traditional dances were performed.