President Pendarovski at a meeting with Foreign Investors Council representatives 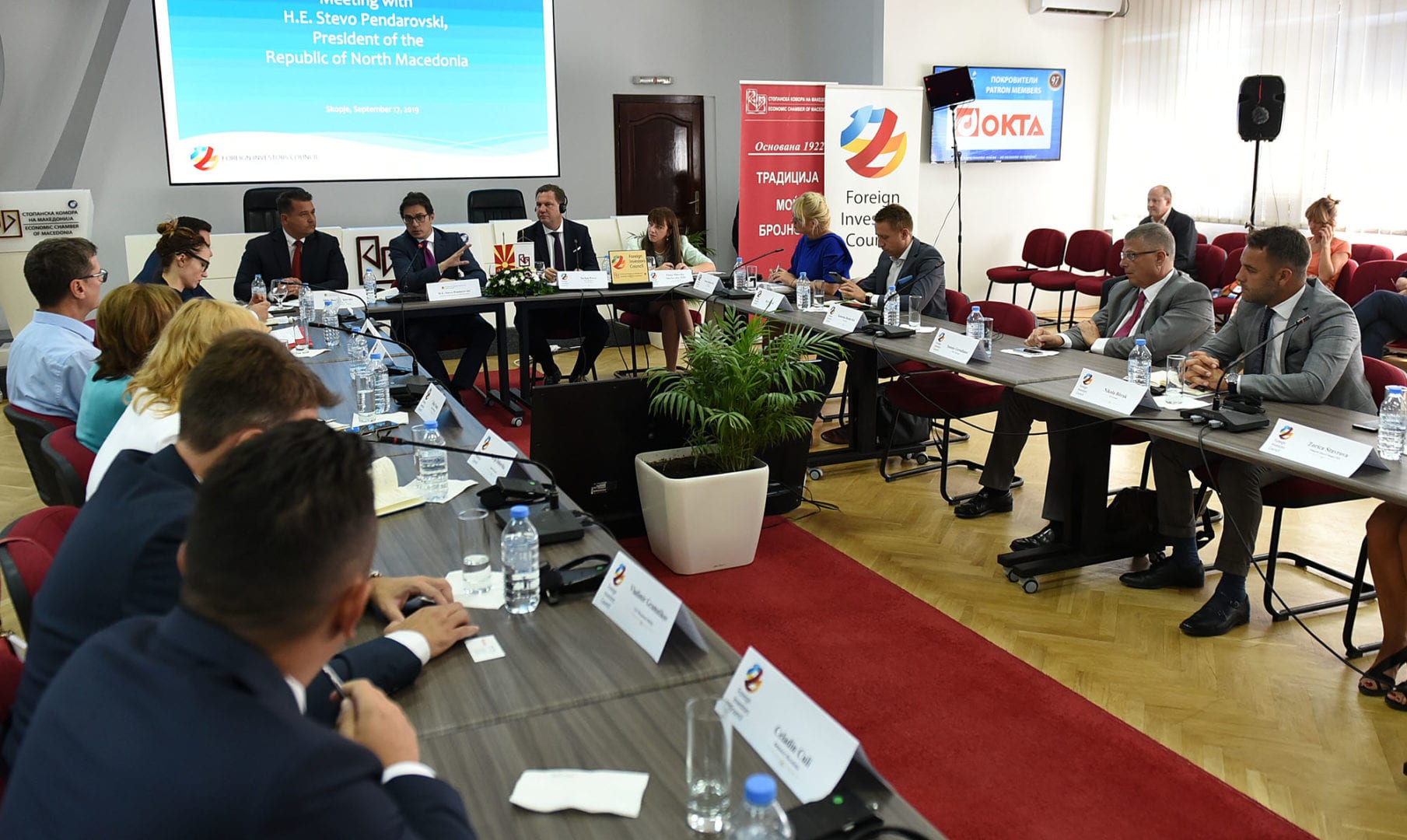 The President of the Republic of North Macedonia, Stevo Pendarovski, met today with representatives of the Foreign Investors Council of the Economic Chamber of Macedonia.

Addressing the representatives of the Foreign Investors Council, President Pendarovski said that the absolute priority for the state should be the economy and that during his tenure as President he would pay as much as possible attention to economic issues.

President Pendarovski said he expected that by the middle of next month we would get a date for the start of accession negotiations with the European Union, stressing that people from guild associations should also participate in the negotiations in Brussels.

Soon, President Pendarovski said, we will become a member of NATO, which means increased investors’ confidence, because we will be seen as a predictable destination for investment.

According to the President, it is important that the rule of law is respected in our country.

Concerning the current affair “Racket”, President Pendarovski said that this affair, as well as all others, should be fully resolved, without any political or business influence.

“It is very important that the legal, judicial and prosecutorial systems have a proper, timely and complete response and that such cases are not dragged along for years in the judicial corridors, so that we finally forget what stage they are at. Not to mention that in the last, almost 30 years since we have been an independent state, there is no senior political official who has ended up in prison for abuse. It does not speak well for us, but hopefully now what has been initiated will continue and will be brought to an end. If this is feasible, our friends in Brussels will appreciate us more when assessing not only whether we should start negotiations, but here I also speak about what is to come next, when assessing whether we meet all the requirements of the most difficult chapter in the negotiatons with the EU, and that is Chapter 23”, President Pendarovski said.

At the meeting with the Foreign Investors Council, President Pendarovski said that at every visit abroad, the requirements of businessmen will be properly represented.

He urged the businessmen to be involved in every phase of law-making in the economic field, in order quality laws to beadopted.