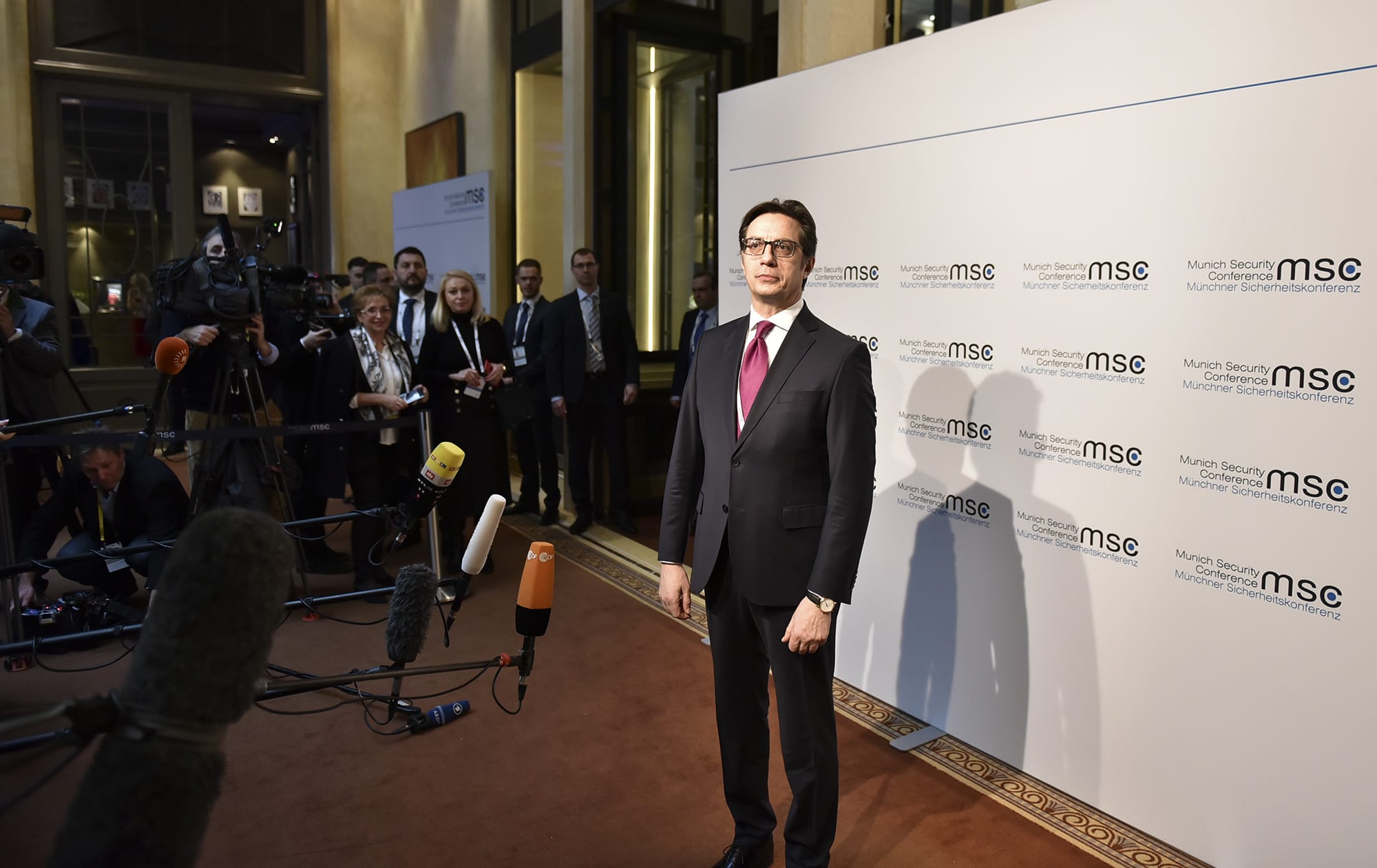 The President of the Republic of North Macedonia, Stevo Pendarovski, participates in the 56th Munich Security Conference from today until February 16, 2020.

President Pendarovski attended the opening of the conference, which was addressed by the President of the Federal Republic of Germany, Frank-Walter Steinmeier, and the Chairman of the Conference, Ambassador Wolfgang Ischinger.

President Pendarovski will address the Munich Security Conference on Sunday.

President Pendarovski is scheduled to hold several meetings with some of the participants during the Munich Security Conference.

The 56th Munich Security Conference is expected to bring together over 500 leaders in the fields of politics, business, academia, civil society, health organizations, including over 35 heads of state and government and over 100 foreign and defense ministers.

Among the announced attendees are the US Secretary of State Mike Pompeo, the French President Emmanuel Macron, the Canadian Prime Minister Justin Trudeau, the NATO Secretary General Jens Stoltenberg, members of the European Commission and others.