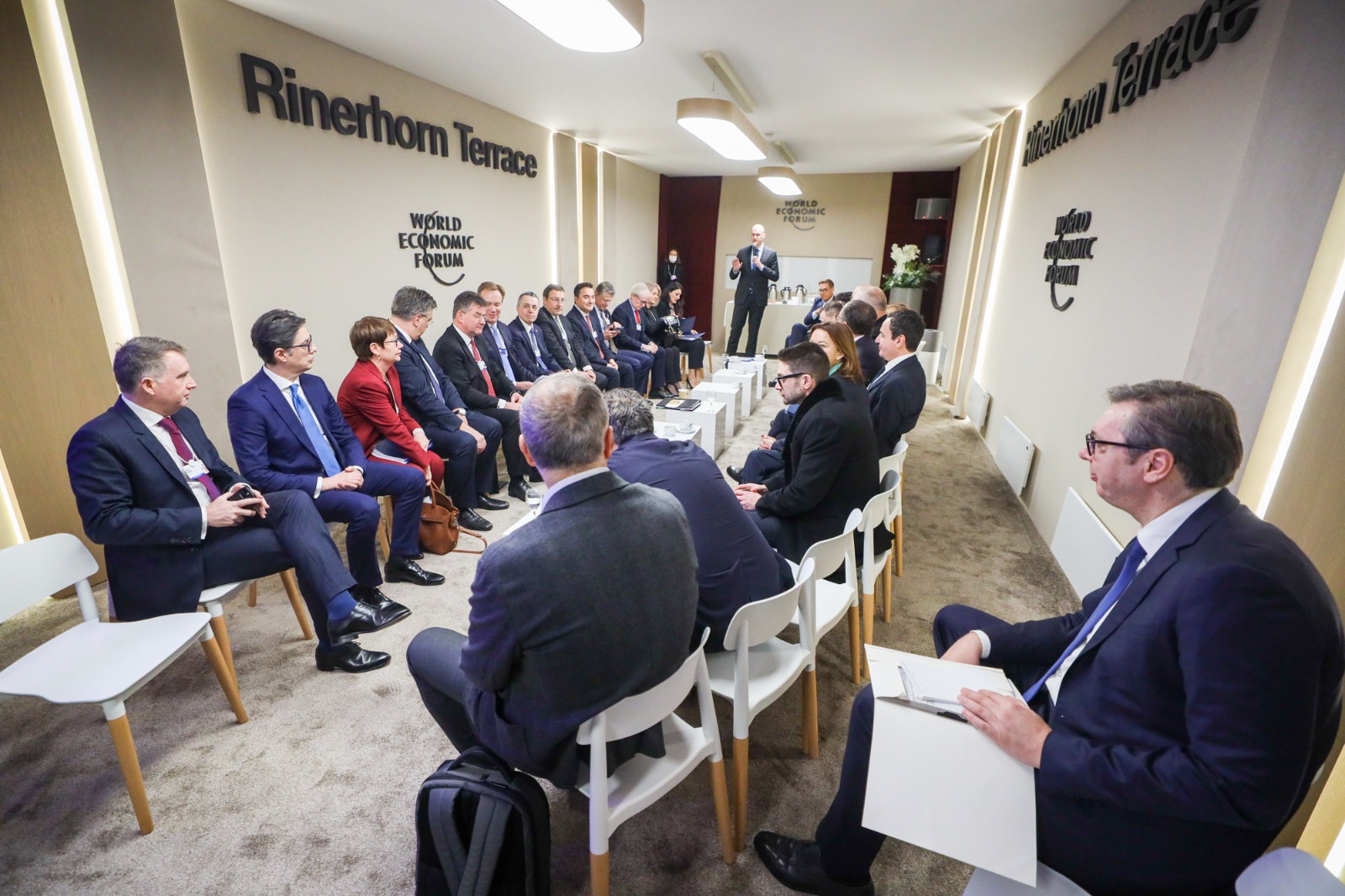 President Stevo Pendarovski, as part of his participation in the World Economic Forum in Davos, participated today in the diplomatic dialogue dedicated to the Western Balkans.

The participants in the session discussed the challenges faced by the countries of the Western Balkans and the need for maintaining stability, creating conditions for encouraging economic growth of the countries, and the necessity to resolve the frozen disputes.

Taking into account the new geopolitical context, the leaders at the session presented their views on the role of the European Union in the Western Balkans and exchanged opinions on the possibilities of finding new platforms to promote dialogue and strengthen international partnerships.

Besides President Stevo Pendarovski, in the panel dedicated to the Western Balkans participated the Serbian President Aleksandar Vucic, the Prime Ministers of Albania, Croatia, Kosovo and Montenegro, the Federal Minister for European and International Affairs of Austria, Alexander Schallenberg, the Czech Minister for European Affairs, Mikulas Bek, the Minister of Foreign Affairs and Deputy Prime Minister of Slovenia, Tanja Fajon, the Chairperson of the Council of Ministers of Bosnia and Herzegovina, Borjana Kristo, the Director of the French Directorate for External Security, Bernard Emie, the EU Special Representative for the Western Balkans and the Belgrade-Pristina Dialogue, Miroslav Lajcak, the Federal Councilor for Foreign Affairs of Switzerland, Ignazio Cassis, as well as representatives of the UNDP and the European Bank for Reconstruction and Development, EBRD.