President Pendarovski: Critical infrastructure protection is a prerequisite for a functioning state with sustainable development economy 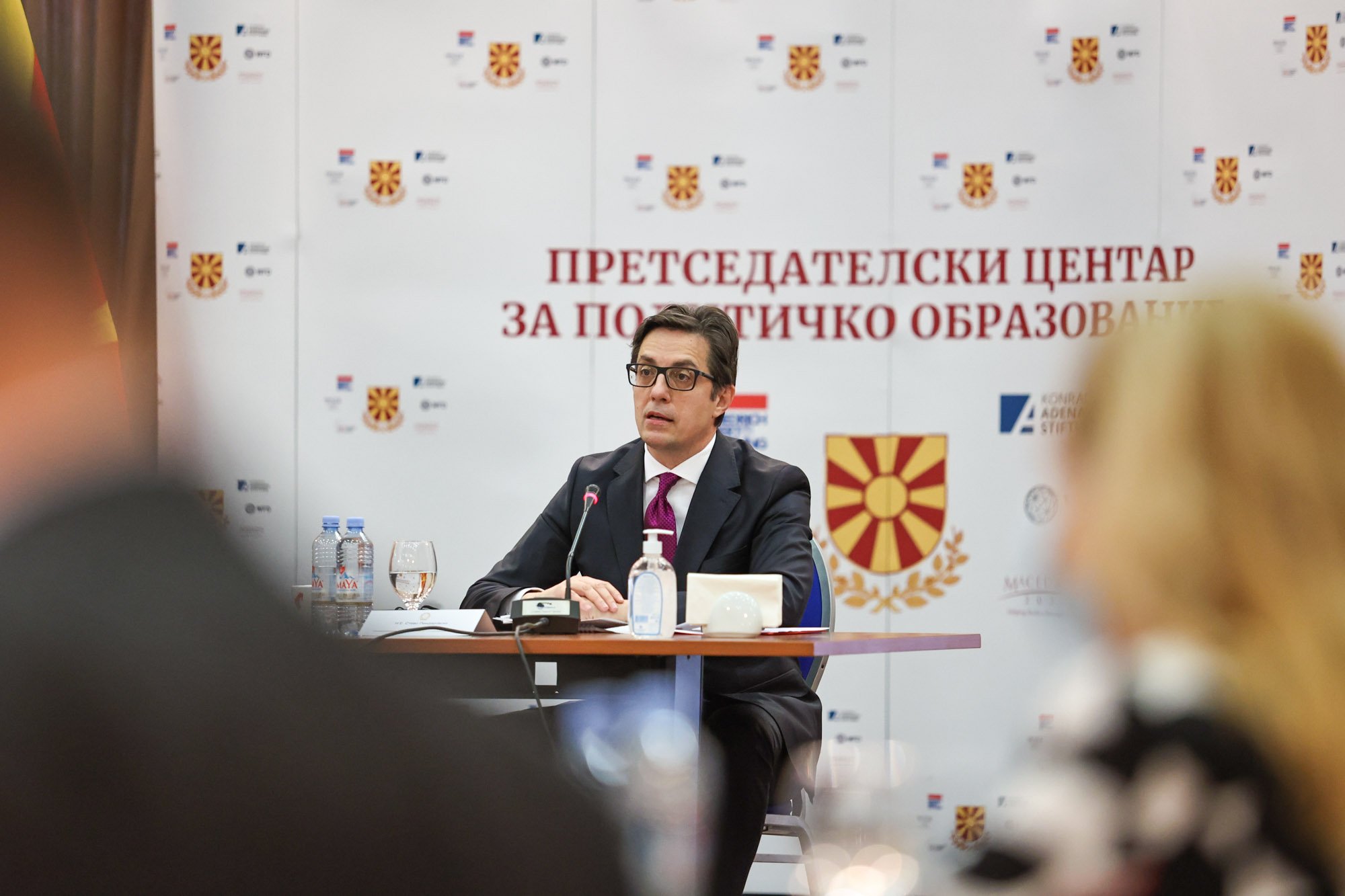 Organized by the Presidential Center for Political Education, in cooperation with the partner Foundation “Friedrich Ebert”, branch office in North Macedonia, a conference was held today on “Critical Infrastructure: EU Dimension, Legislation, Strategic and Institutional Approach”.

Speaking about the dynamic changes and growing unpredictability the whole world is facing, President Pendarovski in his introductory address stressed that the new asymmetric threats and frequent natural and man-made disasters increase the vulnerability of critical infrastructure and thus jeopardize the vital functions of the country and society.

“An aggravating factor for us is that North Macedonia is located in one of the most climate and security vulnerable regions in Europe. Due to the incomplete integration of the Western Balkans region into the European Union and NATO, the degree of porosity of the critical infrastructure always has a strong security dimension, further strengthened by the presence of the new hybrid threats”, President Pendarovski said, assessing that, in such complex conditions, our country is insufficiently prepared.

According to President Pendarovski, in order to have a truly functional state with a sustainable development economy and opportunity to plan for the future, it is necessary to build an efficient critical infrastructure protection system, a process that we must approach thoroughly and without improvisation.

“Clear criteria in identifying critical infrastructure need to be established and risks and threats to its integrity to be assessed. This venture is too big for just one institution and only one term. It is necessary to involve all competent state institutions, relevant operators and companies from the private sector, as well as experienced experts in the field”, President Pendarovski underlined.

Pointing out the European Union directive from 2008 as a guideline in conceptualizing the future solution, President Pendarovski stressed that we could adapt the best European experiences to our domestic environment and existing system solutions. The critical infrastructure protection strategy, President Pendarovski said, should be complementary to other related strategic documents for defense, energy, economic development, environment and disaster risk reduction.

“North Macedonia needs protection of the critical infrastructure. It is necessary without delay to start developing a strategy that will be translated into a single legal solution and accompanying operational documents. We need to be aware that this is not an easy task. Building a critical infrastructure protection system is a major challenge for much larger and more developed countries than ours. But if we do not do that, the price can be very high”, President Pendarovski concluded in his address.

Defense Minister Radmila Sekerinska said that NATO membership means that we are part of the collective security and therefore we need to improve the critical infrastructure resilience.

“The pandemic sent a serious reminder of interdependence to both us and the world. The world practically stopped, there was no exchange of goods and services, transport stopped, planes landed, food imports became more difficult, industry stopped, business activities decreased. This lesson reminded us that when we are dependent, then we are also vulnerable”, Sekerinska said.

The Minister pointed out that the topic of critical infrastructure and resilience permeates all NATO documents, especially after the 2016 Summit in Warsaw.

“The key areas according to which NATO assesses the resilience in each country were defined. One is continuity of government and delivery of basic services in a very broad sense, then energy, communications, transport, food and water, managing mass uncontrolled movement of persons and dealing with a large number of victims. The allies, including us, must have plans in this area”, Minister Sekerinska added.

Recalling that crises and emergencies are part of everyday life, and with the development of society the sources and intensity of security risks increase, Interior Minister Oliver Spasovski pointed out the need to create a comprehensive approach that will be built with the inclusion of public and private sector, which will be a response to the analysis performed and in which the experiences and good practices of the EU member states will be incorporated.

“The need to adopt a special law, which will be a legal framework for critical infrastructure protection, has already been detected and envisaged as our obligation in the Joint Action Plan against Terrorism, which was signed with the European Commission in October 2019. Obligations are taken to be implemented. We have already considered this issue seriously before the Coordination Council of the Security – Intelligence Community, chaired by the Prime Minister and composed of the first people from all security structures in the country and I am convinced that very soon we will be able to talk about a completed obligation. To be clear – this is not just an obligation on our way to the European Union, it is an obligation to ourselves!”, Minister Spasovski said in his address.

Aleksandar Lj. Spasov, President of the Program Council of the Presidential Center for Political Education, in his opening remarks said that in an era of unconventional warfare and hybrid threats, greater paralysis of the basic functions of the state can be expected through attacks on the critical infrastructure than a classic military invasion.

“Dealing with the consequences of COVID-19 pandemic, although there is not enough evidence that it is a biological war, was a sufficient warning that even non-traditional spheres under a special regime of protection such as the health system, in certain conditions, can be much more important than conventional armament for the protection of national security and the welfare of the citizens”, Professor Spasov said.

Speaking about security problems that countries face today, Nita Starova, Program Manager at “Friedrich Ebert” Foundation – Skopje said that they have reached a level of seriousness and urgency.

“It is clear that a new approach is needed based on cooperation and new policy solutions to address security challenges. With the accession of some of the Western Balkan countries to NATO, the security situation has changed significantly. Global security policy debates point to the need for new approaches and political solutions based on cooperation and democratization”, Starova added.

Professors from the Institute for Security, Defense and Peace, Faculty of Philosophy – Skopje, UKIM, Marina Mitrevska, Toni Mileski and Trajan Gocevski, Professor Hristina Spasevska from the Faculty of Electrical Engineering and Information Technologies and Professor Aleksandra Deanoska-Trendafilova from the Faculty of Law “Iustinianus Primus”, UKIM addressed today’s Conference. During the panel discussion, some of the experts, including Dragan Nikolic, Bekim Maksuti, Tomislav Tuntev, Nano Ruzin, Stevko Stefanoski, Lidija Georgieva and Marina Malish-Sazdovska, expressed their views and opinions. The speakers agreed that the state needs a Critical Infrastructure Protection Law, because the question is not “whether”, but “when” the next attack will happen.