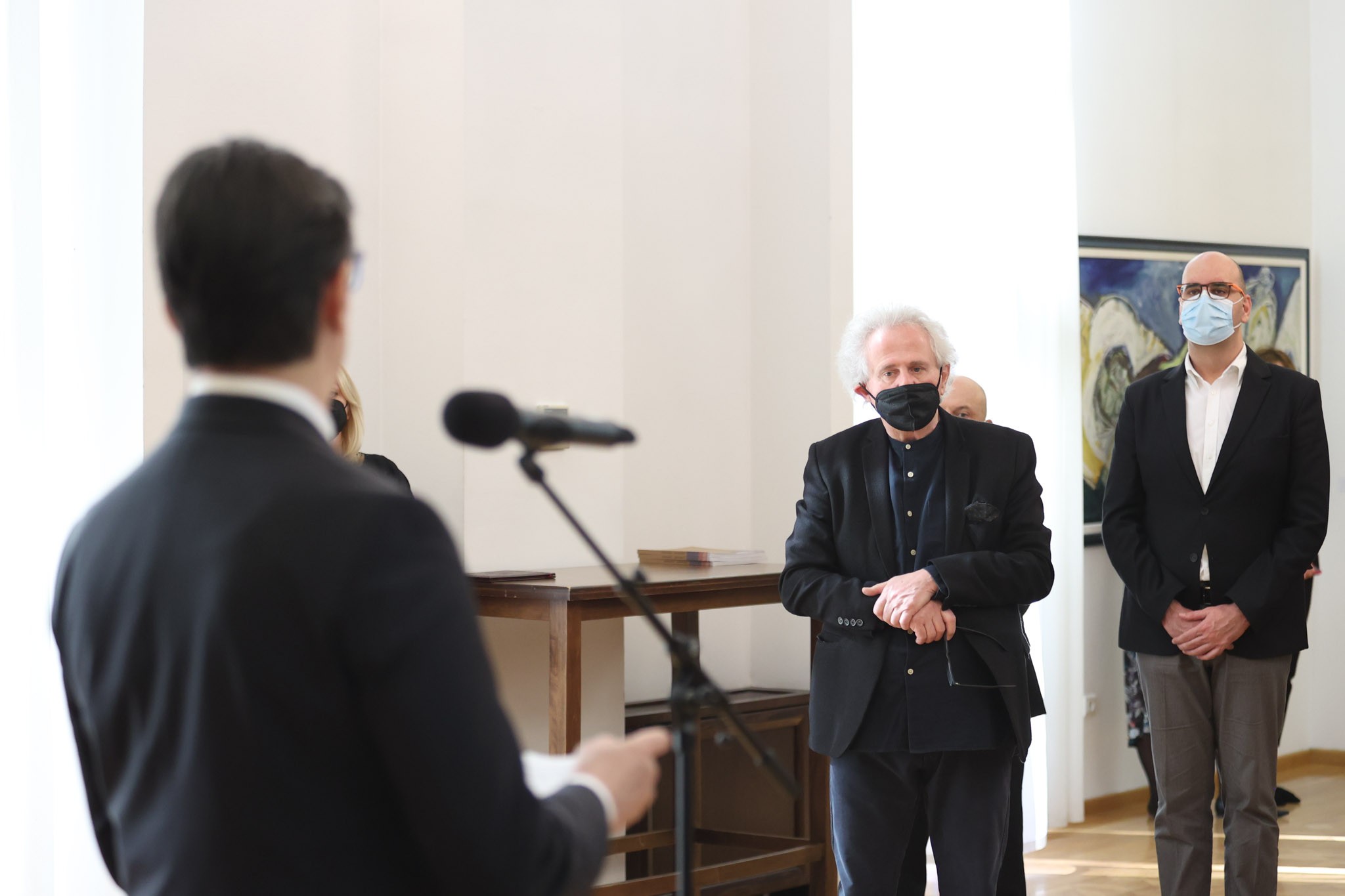 In the President’s Cabinet, a reception was organized today in honor of the Macedonian writer and former Ambassador to France, Jordan Plevnesh, winner of the Grand Prix “Herve Delien” for 2021.

President Pendarovski, as host of the reception, in his address emphasized the importance of this Grand Prix in the hands of a Macedonian writer, which the French Academy awarded to Plevnesh for the affirmation of his creative work in France and the Francophone space.

President Pendarovski said: “In the year in which France marks 400 years of the birth of the great Moliere, here with us is the man who, with his work and spirit, constantly and everywhere glorifies the “language of Moliere”, keeps the Francophonie alive in this area and promotes the unbreakable bond between the Balkans and Europe. The occasion for this meeting is the best reflection of what we want to nurture, always and everywhere among us, and what Plevnesh constantly emphasizes: humanity, as a basic value on which cultural and all other differences can be recognized as a treasure worth to create and live for. I thank the French Academy for recognizing the universal message in the work of our Jordan Plevnesh.”

The Ambassador of the French Republic, Cyril Bomgartner, as well as the laureate of the award, Jordan Plevnesh, also addressed the reception.

Ambassador Bomgartner said: “I am particularly pleased to be here with you today, at this ceremony, as we would like to pay tribute to you, dear Mr. Plevnesh, for your achievements and merits. You are the winner of the Grand Prix of the Francophonie, “Herve Delien”, awarded by the French Academy. We rejoice in this great honor through the friendship we nurture and the award is even more deserved because you are undoubtedly the most eminent Francophone writer from North Macedonia. Your work and your deeds are in the service of the Francophonie in the country, which we ourselves, with the support of the French Institute, carry out to preserve, strengthen and promote the learning of the French language.”

Laureate Jordan Plevnesh, who received the prestigious award at the ceremony under the “Dome of the Immortals” at the French Academy last year, extended his gratitude to President Pendarovski for his letter during the award ceremony in Paris and said:

“Thank you from the bottom of my heart, President, for sending a letter at the time of the award ceremony, the words of which resonated among the many guests in Paris. For more than 130 years, the Macedonian Francophone intelligence on the European stage has been affirming the idea of the Macedonian people as part of the European community of nations, perhaps inspired by Victor Hugo’s call for the United States of Europe.”