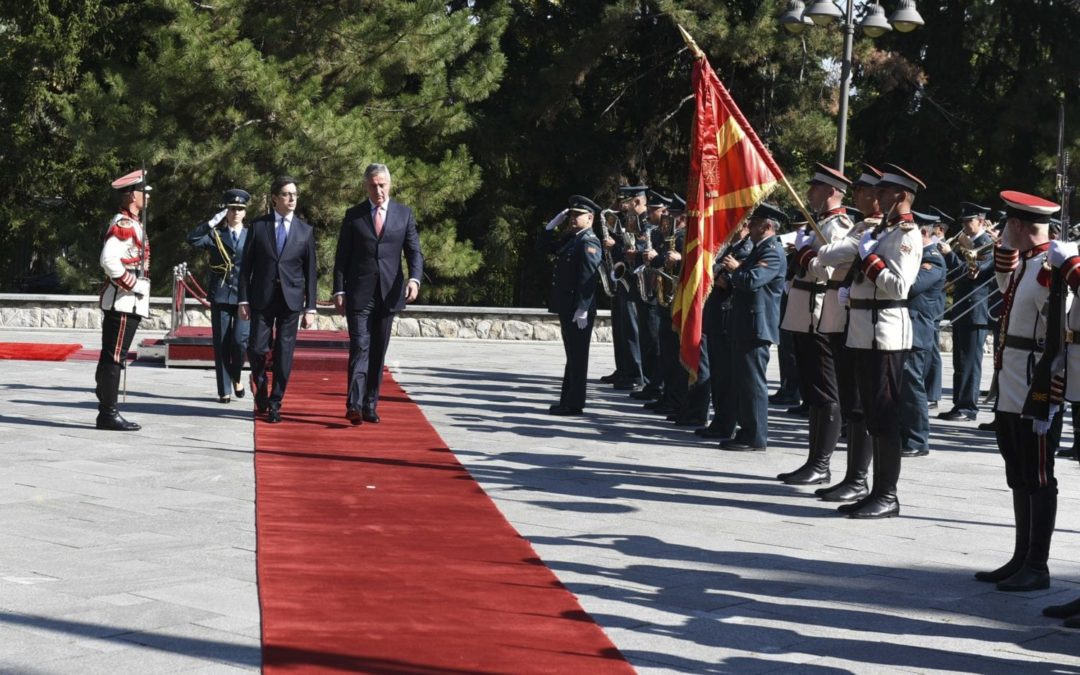 The President of the Republic of North Macedonia, Stevo Pendarovski, welcomed today at a ceremony with highest state and military honors in the Presidential Cabinet in “Villa Vodno” the President of Montenegro, Milo Djukanovic, who is paying an official two-day visit to our country.

The visit of the Montenegrin President is the first official visit of a foreign president to North Macedonia in the term of President Pendarovski.

The focus of the two presidents’ talks is the friendly relations between North Macedonia and Montenegro, which share a common past and strive for a common future through integration into the Euro-Atlantic institutions.

In addition to the tete-a-tete meeting between President Pendarovski and President Djukanovic, a plenary meeting between the Macedonian and Montenegrin official delegations is planned, as well as a press conference by the two presidents.