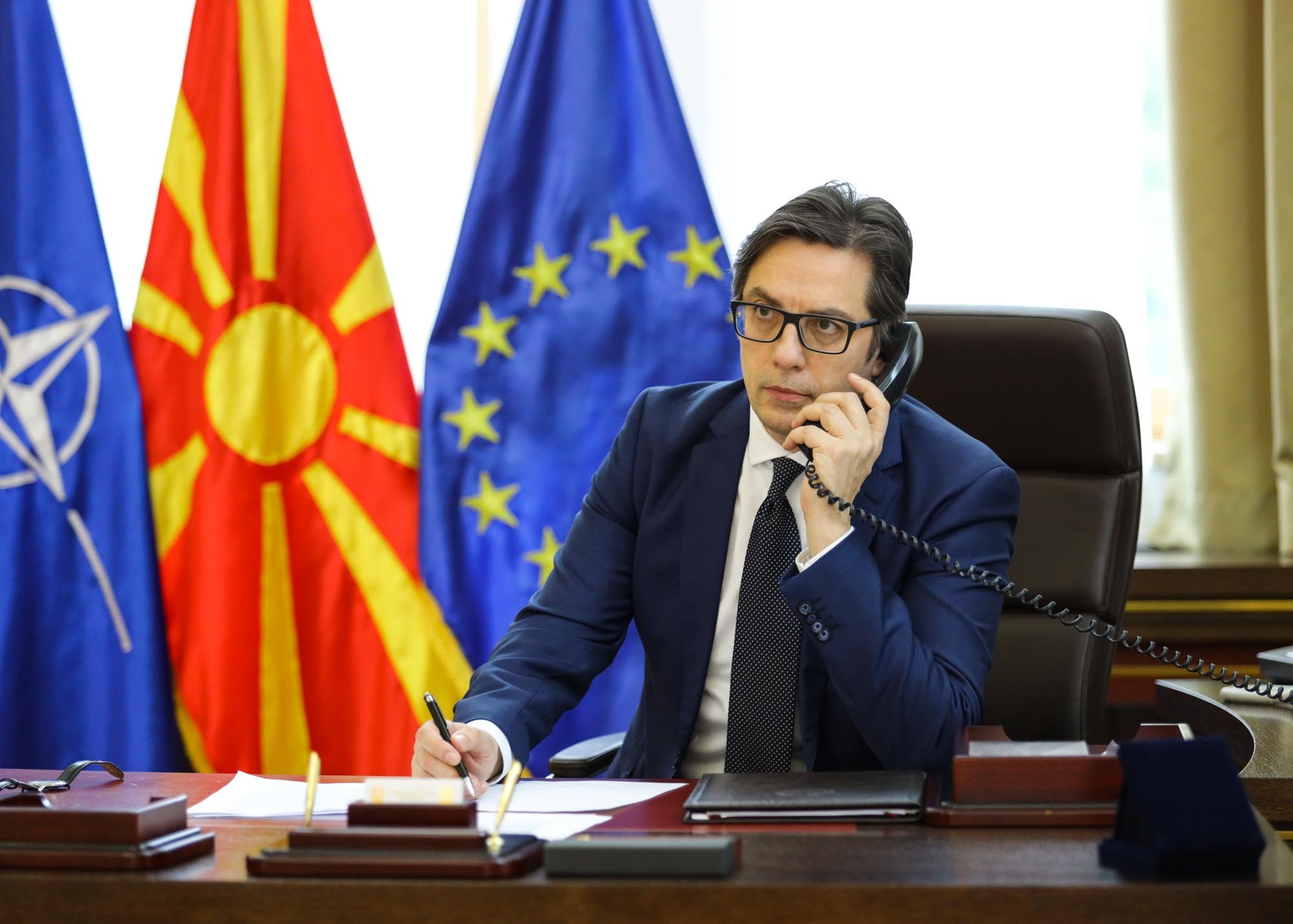 President Stevo Pendarovski had a telephone conversation today with the President of the Federal Republic of Germany, Frank-Walter Steinmeier.

President Pendarovski expressed satisfaction with the intensive political dialogue between the two countries and thanked the German President for the continued German support for our European integration and for having the issue of EU enlargement as one of the priorities of the German Presidency.

In that regard, President Pendarovski indicated that he expects the first intergovernmental conference to be held by the end of the year, which will mark the official start of negotiations between the Republic of North Macedonia and the EU. The start of negotiations will be an additional motive for the country and an incentive for further implementation of the necessary substantive reforms, especially in the field of rule of law and socio-economic development.

The Federal President Steinmeier stressed that after the constructive talks between the representatives of the Governments of North Macedonia and Bulgaria in Berlin yesterday, he hopes that within the German presidency, by the end of the year, the EU negotiations with our country will officially begin. He stressed that bilateral issues should be resolved in the spirit of good neighborliness and European values.

The two Presidents noted that issues of history should continue to be discussed among experts within the joint commission on historical and educational issues. In addition, the positive experience of Germany in this area was highlighted and support was offered to the work of the commission.

Presidents Pendarovski and Steinmeier condemned the terrorist attack in Vienna and assessed it as an attack on the common European values ​​we believe in. They also agreed that enhanced security cooperation is needed to prevent and intercept terrorist threats.